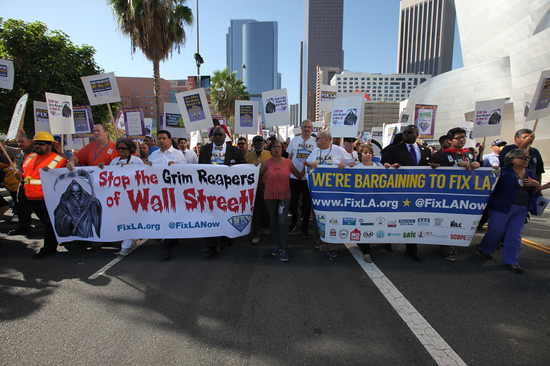 On Friday, April 29th we will be moving one step closer to bringing to fruition the 5,000 new jobs negotiated last year during our contract negotiations.

Since we launched our Fix LA campaign efforts almost 3 years ago, we devoted ourselves to push LA Mayor Eric Garcetti and the LA City Council to finally create more good jobs in the City of LA, and to provide a pathway for full-time employment for part-time LA City employees and that’s finally underway!

Join us tomorrow at LA City Hall for a Press Conference with LA Mayor Eric Garcetti and our FIX LA partners to share the great news with all Angelinos.

What: Fix LA and Mayor Eric Garcetti Press Conference
When: Friday, April 29th at 8:45 am
Where: Mayor’s Press Room at LA City Hall