By Melissa Diaz Hernandez at The Valley Chronicle

Aug. 10 was a day of action for members of Service Employees International Union (SEIU) Local 721 as workers picketed on their breaks in just under 100-degree weather at the Riverside County Social Services offices at the corner of San Jacinto Street and Oakland Avenue in Hemet.

Workers have filed more than 10 unfair practice charges against the County of Riverside,” said Itzcalli. “This includes charges of lack of transparency where information requests have been denied, harassment and surveillance of members who are exercising their right to speak out, and bad faith bargaining.” 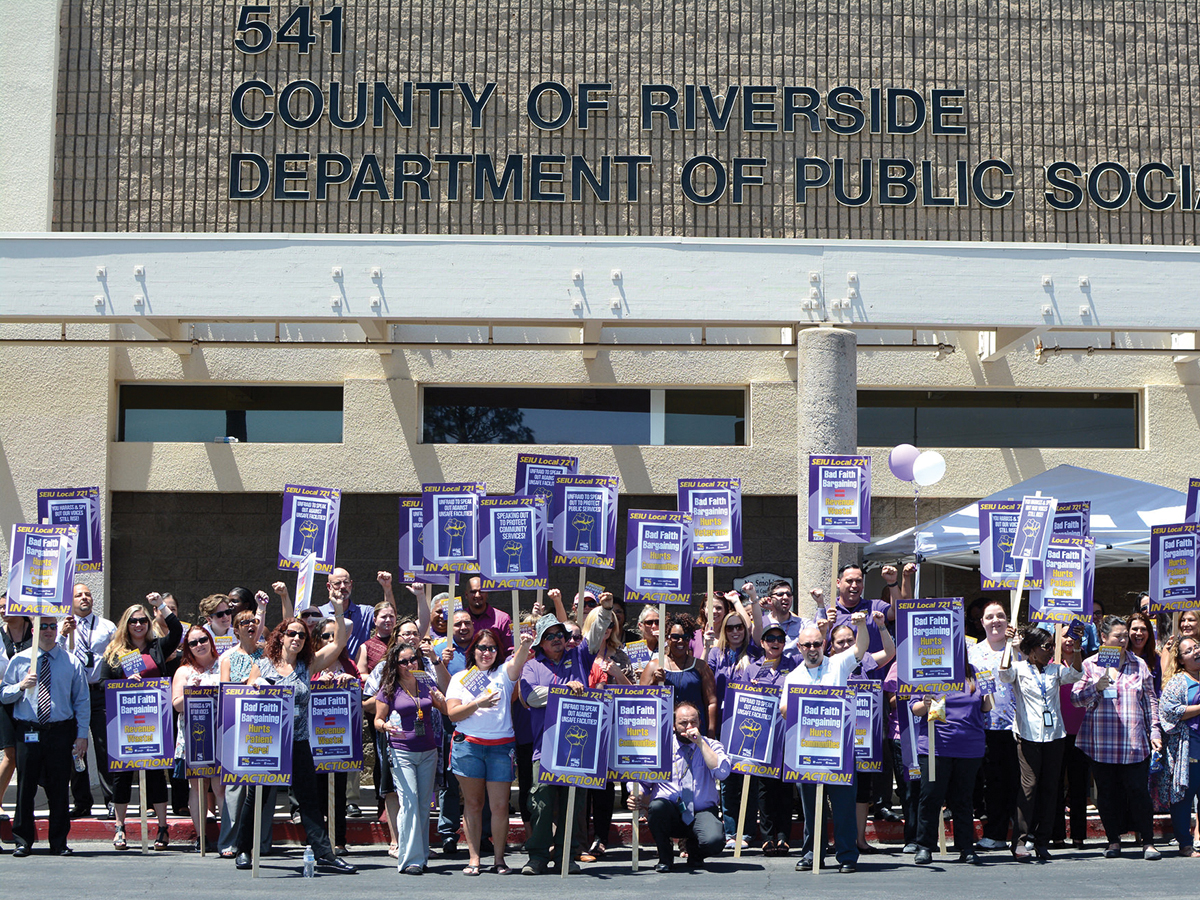 It has been reported by multiple news outlets that the County of Riverside Board of Supervisors approved another $20 million contract with consulting firm KPMG to make county departments run more efficiently. This amount is in addition to the original contract for approximately $20 million, which purported to curtail public safety spending and morphed into KPMG identifying where departments need efficiency countywide.

Workers utilized their break time to participate in the demonstration because, according to Itzcalli, the workers are there to provide services and did not want the picket to affect their clients.

The other goal of the picket was to “sound the alarm on the fact that the county has bargained in bad faith with county employees for over a year and have put county services gravely at risk,” said Itzcalli. Some of the many concerns are that mental health workers feel unsafe and the community is sorely underserved.

“Don’t be crooks, open up the books” and “I believe that we will win” were just a couple of chants led by Jamil Hamilton of SEIU Local 721 as members held signs emblazoned with “Unafraid to speak out against unsafe facilities,” and “Bad faith bargaining equals revenue waste.” 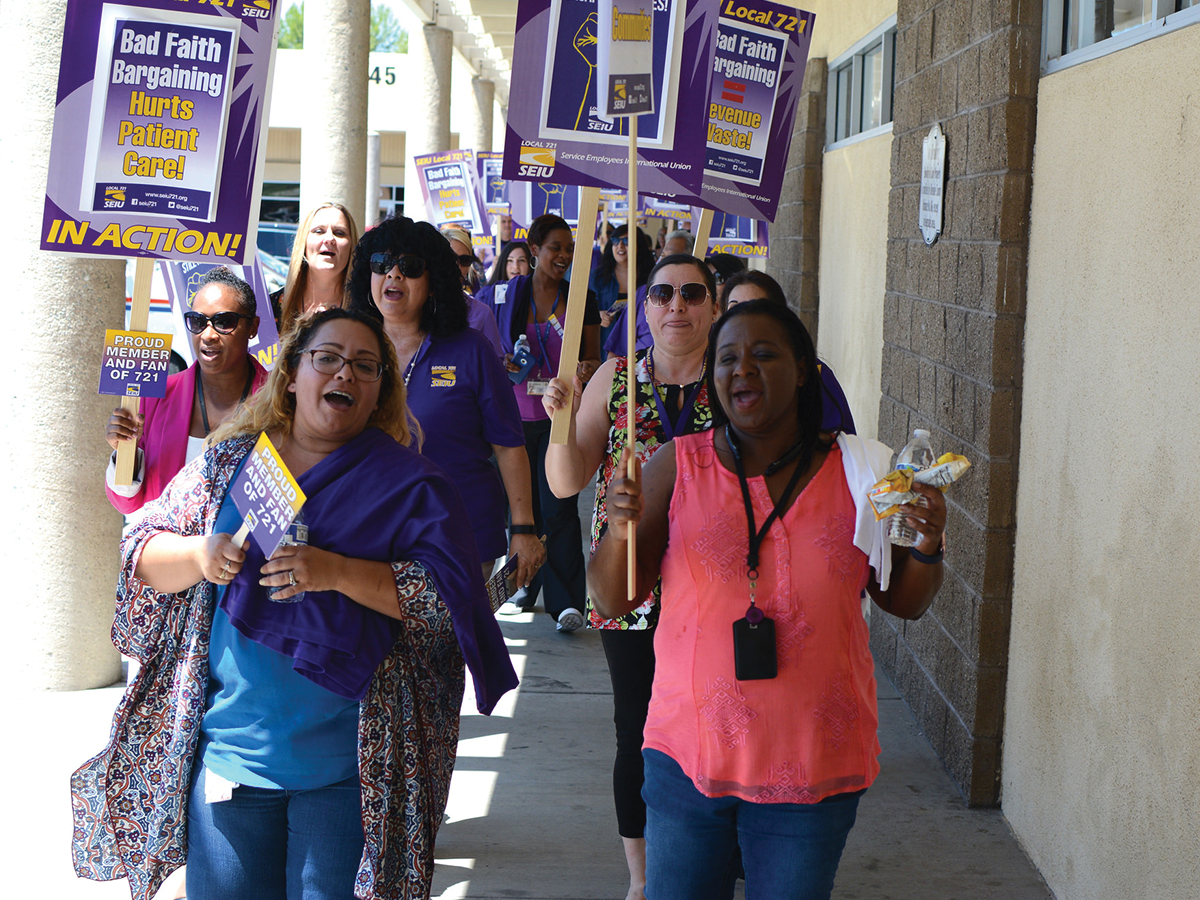 SEIU Local 721 has “repeatedly asked for all the documents on their transactions with Wells Fargo, and the county has failed to be transparent,” said Itzcalli. “The county has also ignored our members’ requests for clarity on how the county is using our federal and state funds.”

The Valley Chronicle reached out to all five Riverside County supervisors for comment; messages were left for four of the five supervisors. While Supervisor V. Manuel Perez’s office returned the newspaper’s call, they declined to comment. Chief of Staff Jeff Comerchero for Third District Supervisor Chuck Washington said that the purpose of the consultant was to find savings that exceed KPMG’s contract amount.

“The first phase has already demonstrated that implementing the suggestions [from KPMG] will result in savings – the county is investing in efficiency,” stated Comerchero by phone. As far as the books are concerned, Comerchero stated that the information is public record.

Itzcalli said the county has consistently told SEIU Local 721 that the county lacks the funding to increase services; however, they have yet to prove that justification, she said.

“Taxpayers can’t afford to be in the dark about the county’s financial dealings and how this impacts our services,” said Itzcalli. “At a time when there is a growing demand for mental and health care services, we have to ensure the county stops wasting our precious taxpayer dollars.”