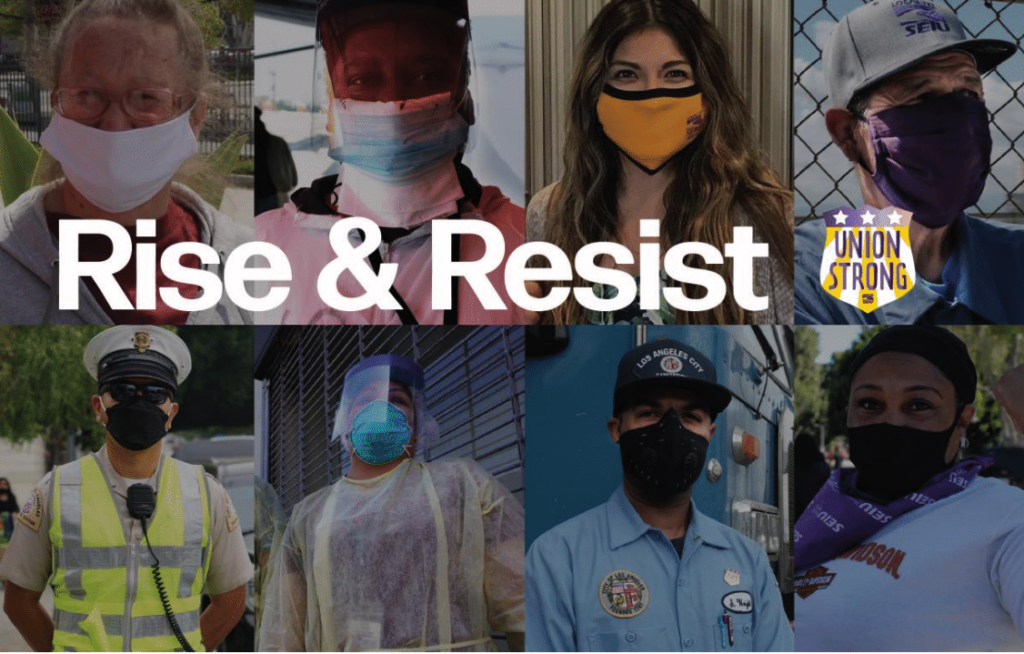 Lately, the usual suspects – like the Freedom Foundation – have descended on us with their phony promises to put a few dollars in our pockets … if only we’ll abandon our union, SEIU 721.

WHO DO THEY THINK THEY’RE KIDDING?!

THEY WERE ON THE OTHER SIDE – FIGHTING AGAINST US!

And we know this is true because the massive campaign contributions from the Koch brothers, and other major backers of the Freedom Foundation, reveal their anti-worker agenda.

They have the nerve to tell us they’re our friends – and then give their political dollars to our enemies.

They have the audacity to call us “heroes” – while simultaneously, and very publicly, disrespecting people who work in the public sector.

They have the effrontery to literally get richer than they’ve EVER been while arrogantly recommending lay-offs for workers like us – and ZERO union protections for those of us who somehow survive the purge.

THEY DON’T HAVE YOUR BACK.

THEY’RE TRYING TO STAB YOU IN THE BACK!

So, the next time they send you a flyer in the mail, PUT IT IN THE GARBAGE.

The next time they send you a message to your email, SEND IT TO THE JUNK FILE.

The next time they send you a text, DELETE IT.

The next time they call you, HANG UP.

And the next time they send some smiling snake to slither up to you at your worksite, TELL THEM WHERE THEY CAN GO.

If that sounds harsh, remember: We’re facing some of the most uncertain times in our nation’s history and these frauds are trying to take away the one true shield we have to protect us … our union.

The union’s got your back – not these fools. Don’t let them fool you.

AND NEVER FORGET: WHEN WE FIGHT, WE WIN!