At the start of 2020 LA City finances were good, in fact revenue was coming in at higher levels than expected. Then in March the COVID-19 pandemic hit Los Angeles.

By April, the Mayor sent a budget to the City Council that contained a furlough every pay period in fiscal year 2020-21 for a total of 26 unpaid days or the equivalent of a 10% pay cut for two-thirds of our members.

Today we have an economic crisis at the city like we’ve never seen before, it’s the worst year-over-year revenue decline since the 1930s.

This is far greater than anything we went through at the peak of the Great Recession. 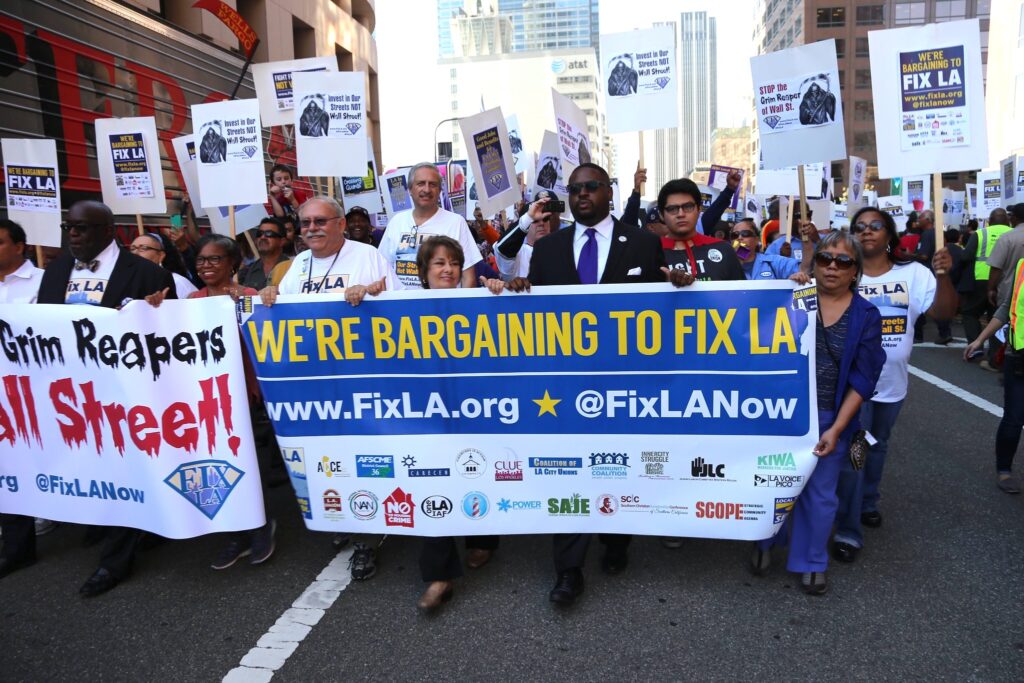 SEIU 721 President Bob Schoonover made it immediately clear, in the L.A. press and directly to our members, that the City cannot call our members heroes in the pandemic and then turn around and attempt to balance the budget on their backs.

We knew it took years for City services to recover from the massive cuts of the Great Recession — so we committed to fight and sought out every cost-saving solution that would protect our members from furloughs and lay-offs.

We were able to fend off the first wave of revenue shortfalls by implementing a department-wide hiring freeze and we negotiated a strong retirement incentive package known as the Separation Incentive Program (SIP). The SIP package was adopted in September by the City Council and yielded millions in savings. We didn’t stop there, nor hanged our hats on the SIP program, we mobilized to find other sources of funding.

You need to know that nothing about this fight has been easy or normal. 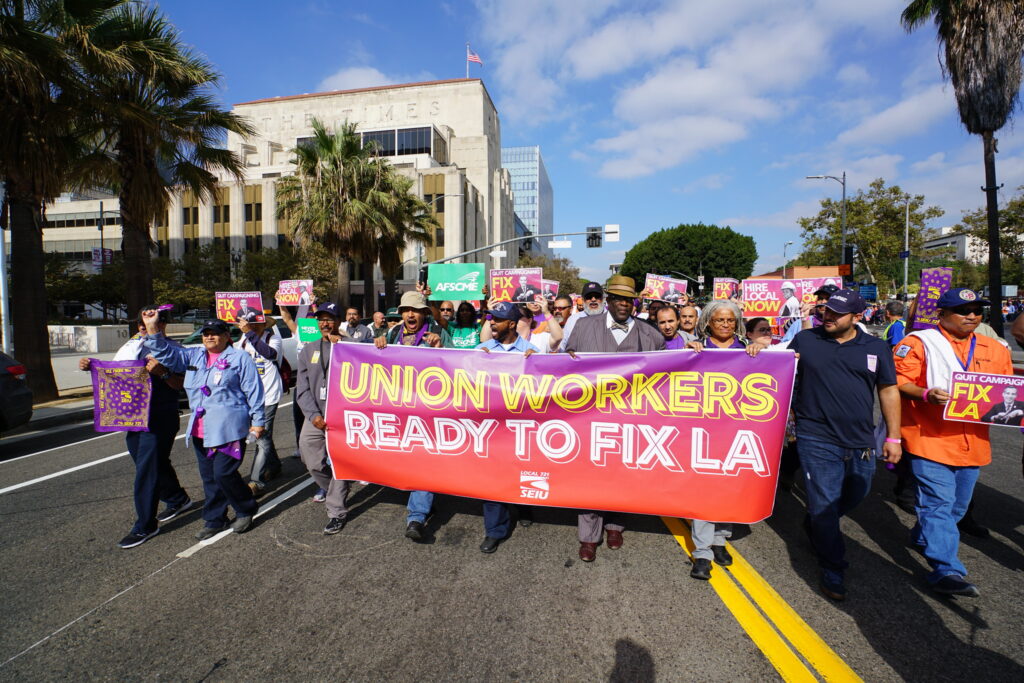 The elation that came from the SIP program was a short-lived reality. Just a few days later, the second wave of revenue shortfalls came into focus. City Leaders immediately began floating the idea of furloughs and lay-offs when they declared “a fiscal emergency.”

Once again, we took the City to task and President Schoonover publicly called these furloughs illegal in the Los Angeles Times. We continued working non-stop to identify more alternatives to furloughs and ideas that would have the least negative impact on our hard-working members.

Last fall, we successfully pushed the City to postpone any thought of furloughs until after January 17, 2021 by taking an unpaid day off this past election day, and one on April 2, 2021, and the deferral of sick leave cash payouts.

The January 2021 deadline is here, and the revenue situation has worsened.

Our shot at economic relief went down by the defeat of Proposition 15, and the inaction by the current Administration to pass another Essential Worker relief package for local governments is a foregone conclusion.

Our working families have already suffered enough in 2020. More than 86% of our City members who participated in our LA City Essential Workers survey said that furloughs would make it very difficult to pay the rent or mortgage. Houseless SEIU 721 members cannot become our reality!

Together with a YES vote we can protect each other from furloughs and lay-offs, by ratifying the LA City Contract Amendment 2020-2022 recently reached.

A YES vote closes the door on layoffs and furloughs this fiscal year and holds the line against additional furloughs in the near future. A YES vote also protects your salary increases, adds paid personal time and avoids the worst effects of unilaterally imposed furloughs on our membership.

Members only online voting begins on Monday, January 18th at 9AM.

If you want to participate in the Contract Amendment vote, and make your voice heard, please sign up to be a full-fledged SEIU 721 Member.

The chairs of the bargaining team strongly recommend a YES vote.