Watts Health Center workers have been key to pandemic response and were among the first to provide COVID-19 testing to vulnerable patients South LA. Over the past year there have been multiple outbreaks of Coronavirus among Watts staff, but despite workers literally putting their lives on the line to provide vital care, it took four months at the bargaining table for Watts Health Center management to withdraw its proposal to cut employee sick time. To date, Watts management has continued to refuse to address rampant understaffing issues that threaten patient safety. 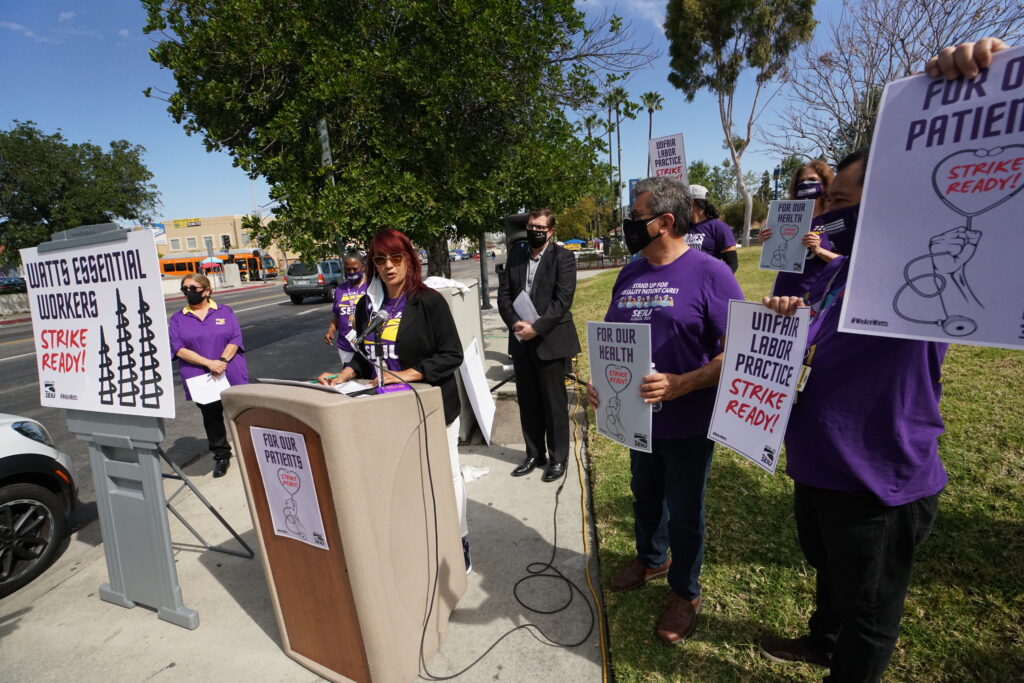 “We’re ready to strike because Watts Health Center management has refused to bargain in good faith, initially pushing to slash our sick time in half while other employers are finding ways to expand access for frontline workers,” said Mireya Holder, a Utilization Review Specialist who has worked at Watts Health Center for 27 years. “It’s unconscionable that Watts Health Center would take these steps in the midst of the worst public health crisis in a century.”

Watts Health Center workers, the majority of whom are represented by SEIU 721, have indicated they’re willing to do whatever it takes to protect public health in South Los Angeles, and authorized their strike with an unprecedented 100% yes vote just weeks ago. 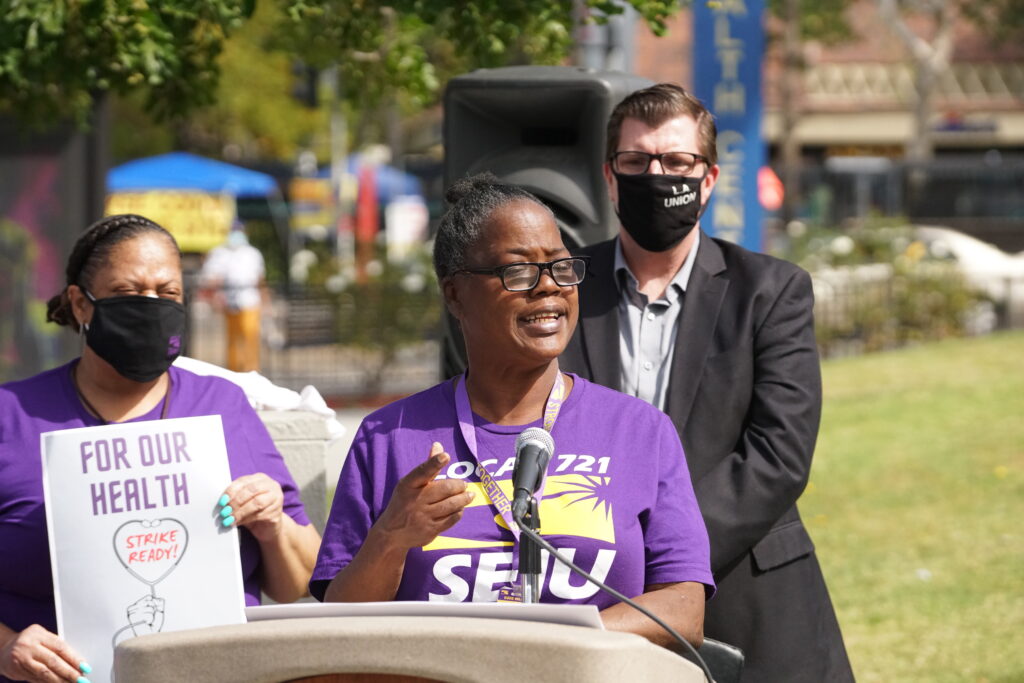 “Workers are fed up,” said Shelley Butler, a Licensed Vocational Nurse who has worked at Watts Health Center for 33 years. “Watts management says they care about the community, but we are the community. Instead of investing in frontline services, Watts has spent thousands on legal fees to stall contract negotiations and continue fighting workers at the bargaining table. Enough is enough.”