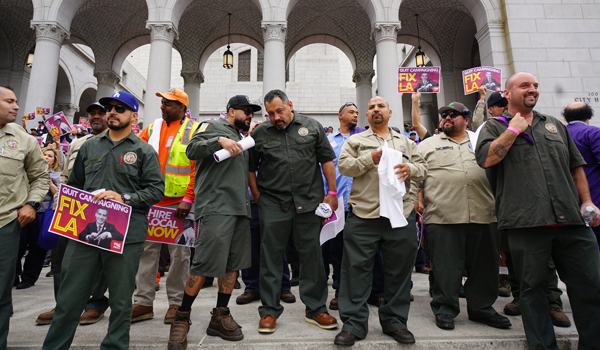 It’s in our hands to fight for a contract that guarantees fair wages and benefits for every worker, and prioritizes bringing up city services to the highest levels.
The City has already demonstrated they’re more than willing to take workers and our communities backwards if we allow them, but this is our City and our fight!
We are at a critical stage in this bargaining campaign as we fight for out city. We urgently need your involvement.
Come get up to speed on the latest bargaining negotiations!
Calling all L.A. City Leaders and Stewards for a very important update on this contract fight!
RSVP with Kanani Nevels at (213) 738-8426 OR fill out the RSVP form below.