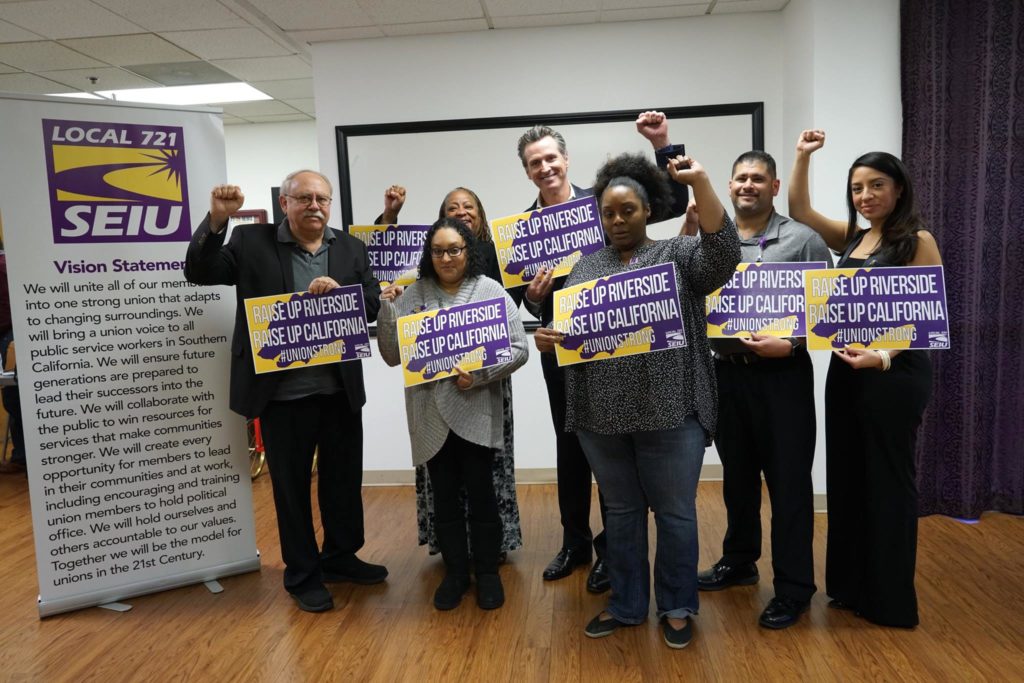 Prior to the town hall, Lt. Governor Newsom met with several Riverside County workers, who told him about the County’s ongoing efforts to stifle their rights. Nurses, social workers, and public safety workers shared the broad range of challenges they’re facing, including intimidation and harassment from management, low morale among coworkers and feelings of disrespect from elected officials. 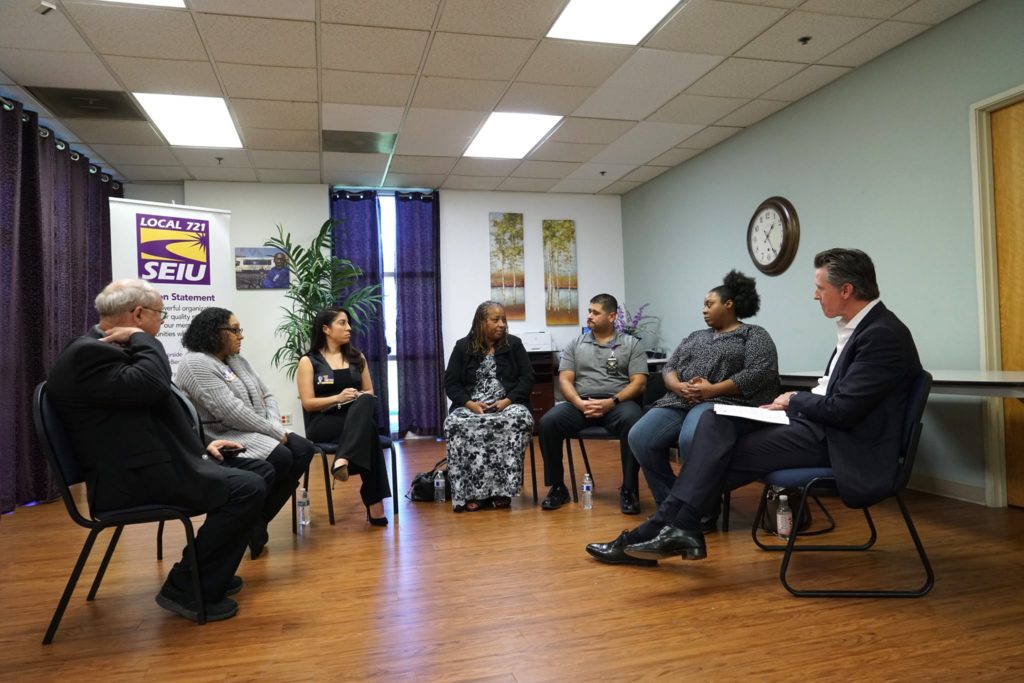 During the town hall, Newsom emphasized the need for both elected officials and California citizens to support unions and union workers, particularly in the face of so-called Right to Work.

Newsom said, “We don’t have a middle class unless we have a robust, organized workforce. You can’t be timid or passive in this moment. I don’t think most of us realize what’s coming in 2018, as it relates to the attack and assault on organized labor… This is going to be an epic struggle and it’s going to require supporters of organized labor, people who believe in working families, people who believe in the principles of a worker’s voice, retirement security and pay equity to step up and step in and be supportive.”