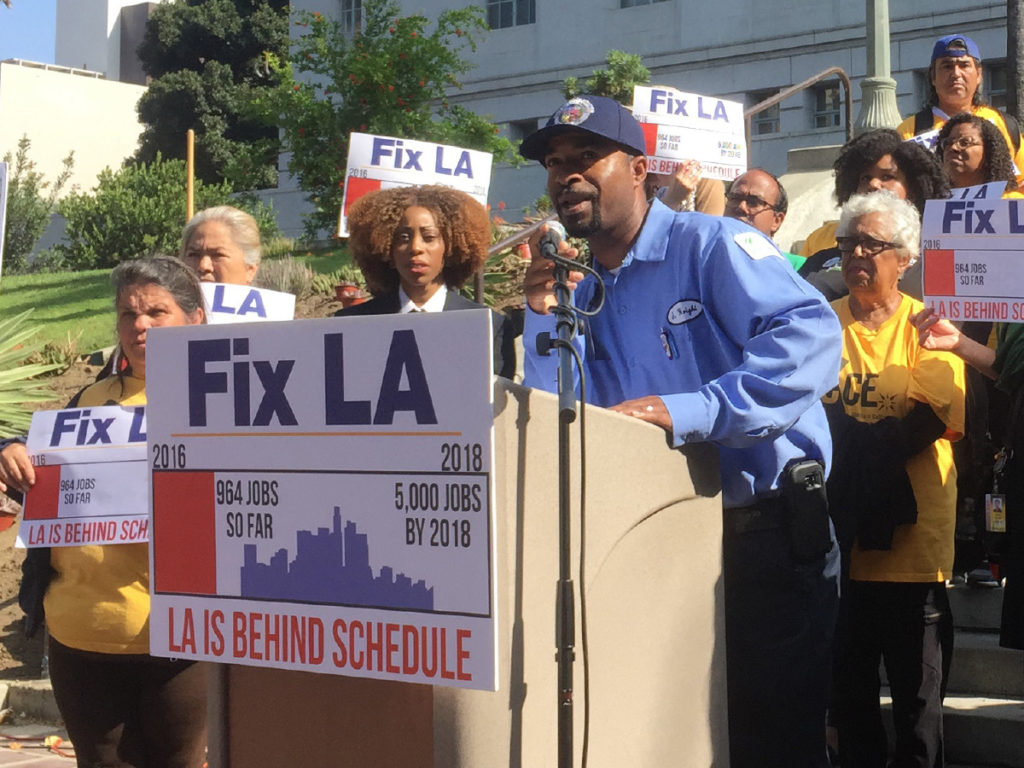 Solidarity remains strong between our City of LA members and our sister unions, with SEIU 721 members voting last night to stay in the Coalition of City Unions – the organization powering Fix LA’s movement to add 5,000 new union jobs to the city’s workforce.

With an 87% “yes” vote to remain in the Coalition of City Unions, SEIU 721’s City of LA members overwhelmingly placed considerable value on the need for organized labor to stay united in 2018. It’s a logical conclusion given the significant hurdles all unions will face this year – both from the so-called Right-to-Work attack being funded by the Freedom Foundation and from an expected US Supreme Court decision on the AFSCME v. Janus case later this winter, aiming to make it harder for working people to join unions.

In the face of a sustained barrage of Right-to-Work attacks, SEIU 721 members demonstrated with a decisive vote that united we bargain, and divided we beg. Now more than ever, SEIU 721 members remain committed to our union brothers and sisters across the city to Fix LA – and to make sure the next generation of Angelenos has a fair shot at brighter future.