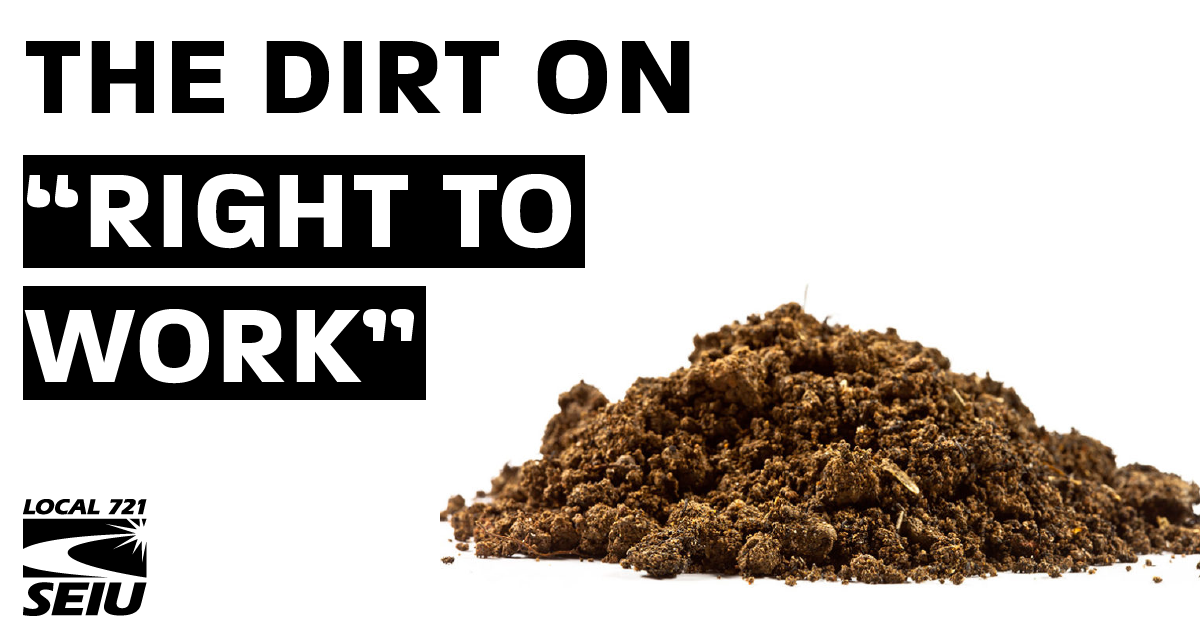 What is Janus v. AFSCME?

Janus v. AFSCME is a court case that is the culmination of a decades-long scheme by the greedy rich to get rid of union jobs. It is one of more than a dozen similar cases that anti-worker groups have tried to push through the legal system with the aim of making it harder for unions to fight for good jobs and a voice at work.

Their reasoning for this is pretty simple – union workers are the last line of defense for the crumbling middle class. With unions out of the way, millionaires and billionaires are free to totally rig the system – driving down wages, eliminating benefits and silencing the voices of working families forever.

Should the anti-worker side (Janus) prevail, the Supreme Court would establish national so-called “Right to Work” for public sector employees. So-called “Right to Work” is actually the Right to Work for less. It has its roots in the Jim Crow south and is meant to divide union workers and weaken their power by making it easy for freeloaders to get all of the benefits of union membership without having to contribute.

Currently, everyone who is covered by a union contract – and the fair wages, strong benefits, and protections at work that it provides – pays a fair share fee, whether they’re an active member of the union or not. Right to Work for less would eliminate that fee.

Not only that, but the people behind Right to Work for less actively encourage workers to become free riders! They want people to drop their membership so that the union has less power at the table – with the end goal of weakening the union so much that it dissolves. Without our union to fight for us, we’re stuck with whatever exploitative contract the boss wants to give us.

No matter what the people pushing this case may say, this case is really about destroying union jobs so that the rich can get richer.

Who is behind Janus v. AFSCME?

The people funding this case may be familiar if you follow the news, names like the Koch Brothers and the Bradley Foundation. These grotesquely wealthy families use the millions and billions of dollars at their disposal to spread misery and attack working families.

They often do this through dark-money financing of so-called “grassroots” groups like the Right to Work Foundation, Freedom Foundation and Liberty Justice Center.

These groups exist solely to trick people into thinking that “Right to Work” is something working families actually want, instead of a scheme by the super rich.

More on Right to Work (for less)

Anti-Right to Work (for less) Posters and Stickers

The Racist History of so-called “Right to Work” 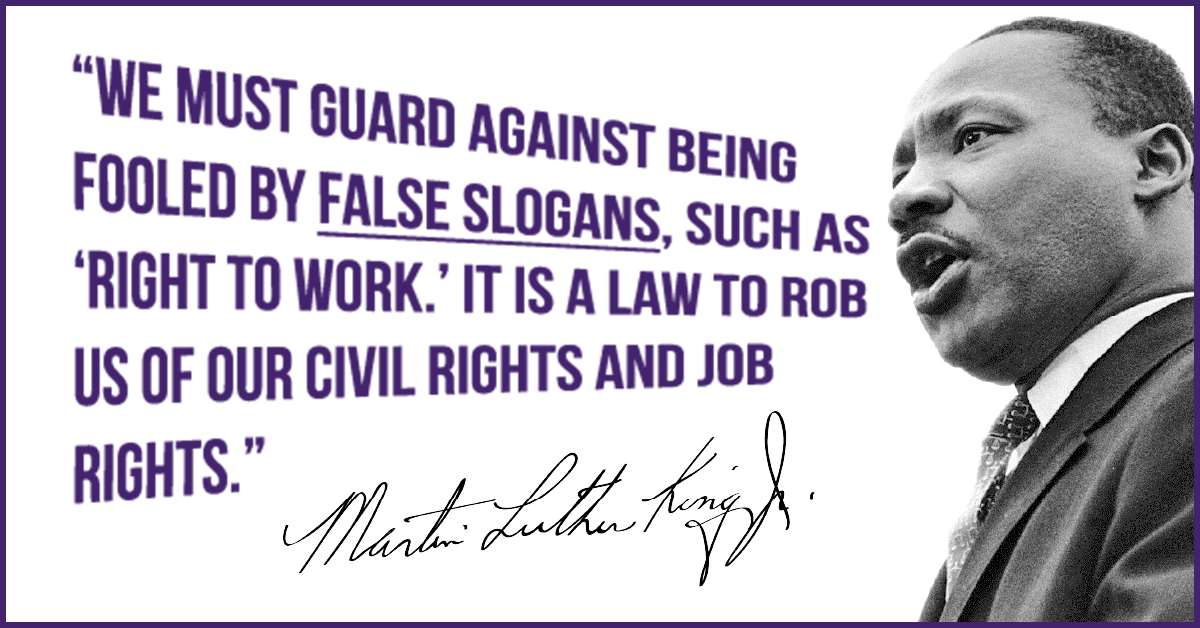