A diverse collection of political and community leaders gathered in Riverside on Friday to deliver a “State of Riverside” address and demand a public accounting of Riverside County’s contract with foreign consulting giant KPMG.

Hosted by Mi Familia Vota, the event was MCed by Riverside Board of Supervisors candidate Russ Bogh. Bogh kicked off the proceedings by calling for transparency from Riverside County leadership and stressing the necessity of county management to work together with county workers. 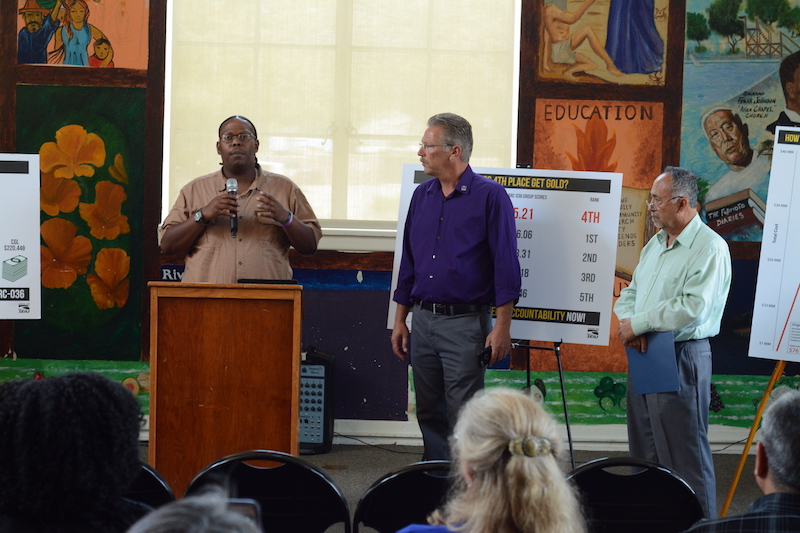 Tim Burke, a Hemet city worker, Ipyani Lockert, from California Partnership, and Danny Marquez, a veteran and executive director of Veterans Partnering With Communities, outlined the many challenges facing Riverside County including – addiction, homelessness, lack of access to healthcare and strained County employees.

The speakers drew a connection between the $41 million Riverside County has given to KPMG and the sorry state of public services in the county.

Researcher and policy expert Ryan Hudson of SEIU 721 followed with an accounting of how the KPMG contract, which was originally for about $761,000 ballooned to more than $41 million without any public oversight or input.

Hudson also dropped the bombshell report that KPMG scored second to last among the five bidders for the original contract and was more than twice as expensive as the second highest bidder. 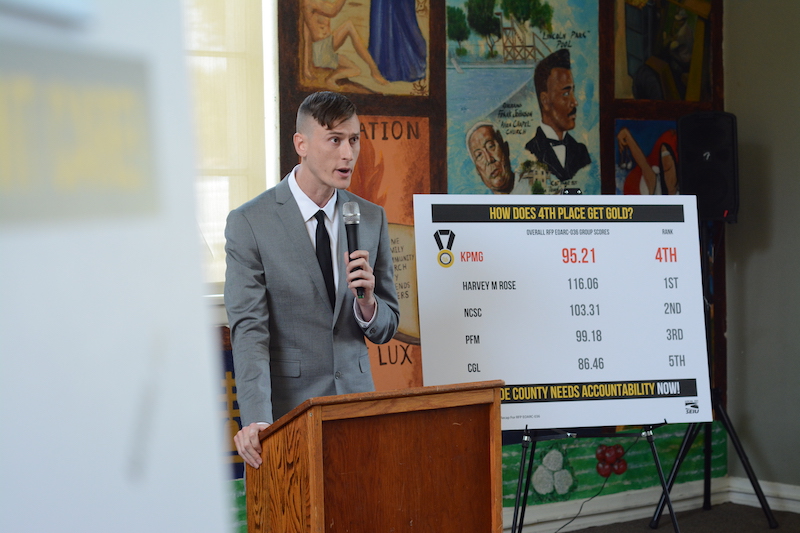 Ryan was followed by CA State Senator and U.S. senate candidate Kevin de León. Senator de León emphasized the importance of and universal need for public services, the threat that fiscal mismanagement poses for all working families and the necessity for us to support union workers in the face of so-called Right to Work. 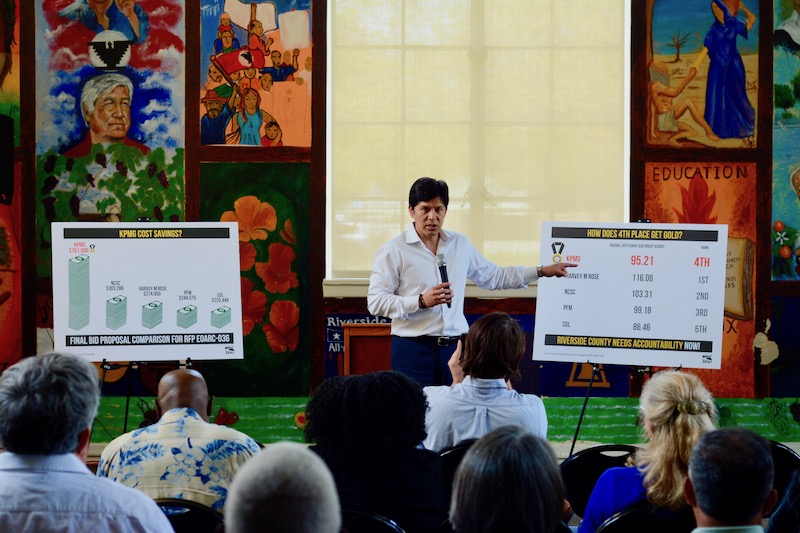 SEIU 721 Inland Area Regional Director Eloy Alvarez closed the proceedings with a Q&A session where he encouraged the crowd to get involved and demand a full accounting of the KPMG contract from Riverside County leadership.