The picketing over the County of Riverside’s unfair practices enters its second week with hundreds of employees publicly condemning the County’s deplorable behavior that just keeps getting worse.

Since labor talks began with Riverside County 14 months ago, SEIU Local 721-represented frontline workers have filed more than a dozen  Unfair Practice Charges (UPCs) against the County, ranging from bad-faith bargaining, harassment and surveillance of workers, and for the County’s refusal to provide critical information on the County’s financial dealings. 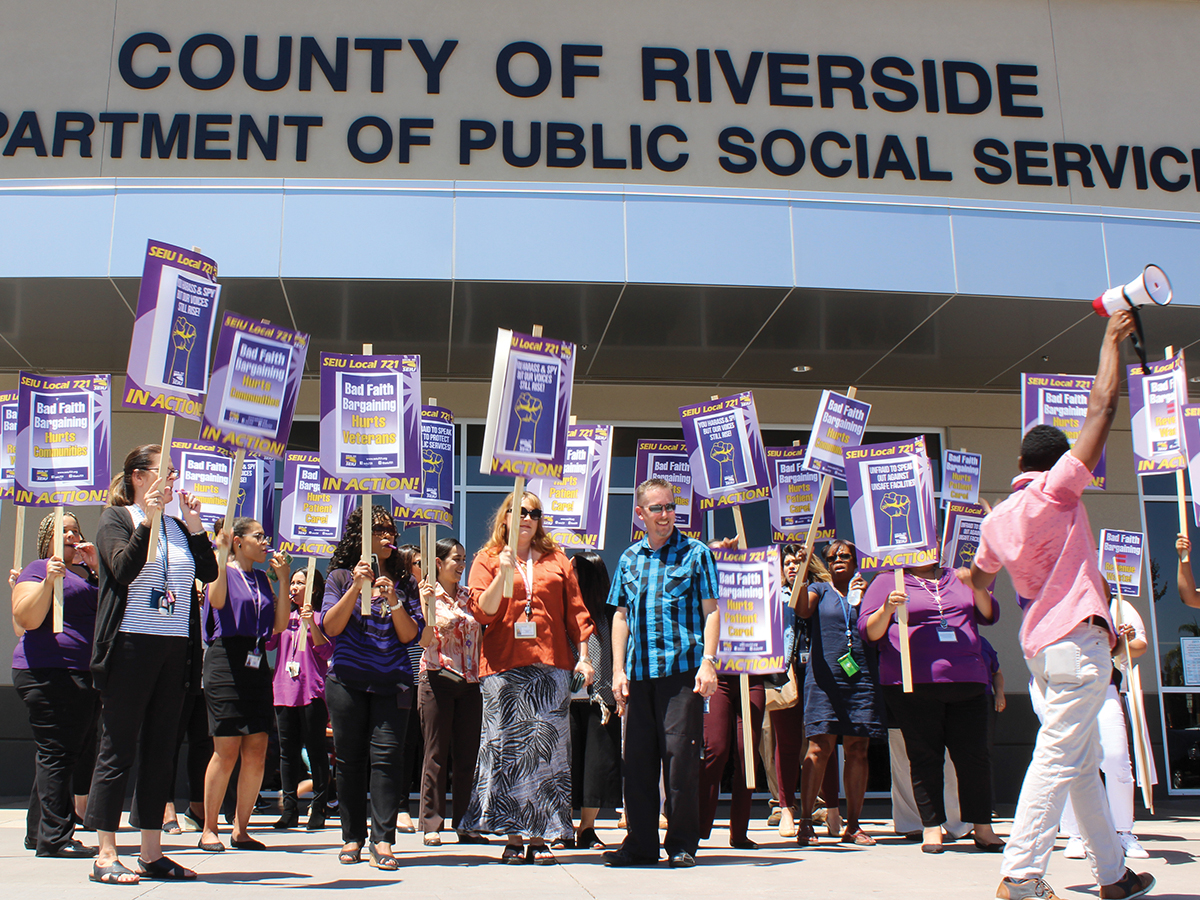 Most recently, the County abruptly yanked a Joint Labor Management Safety Committee proposal without explanation prompting the SEIU Local 721 bargain team to file yet another bad-faith bargaining UPC against the County for their “regressive bargaining.”

If there was ever a place where the withdrawal of a safety safeguards detrimentally impacts staff and clients, it’s precisely at the County’s Hemet facilities. A Hemet mental health clinic, a few blocks away from the picket on August 10th, has become ground zero for County employees’ fight for stronger protections for both clients and employees themselves. 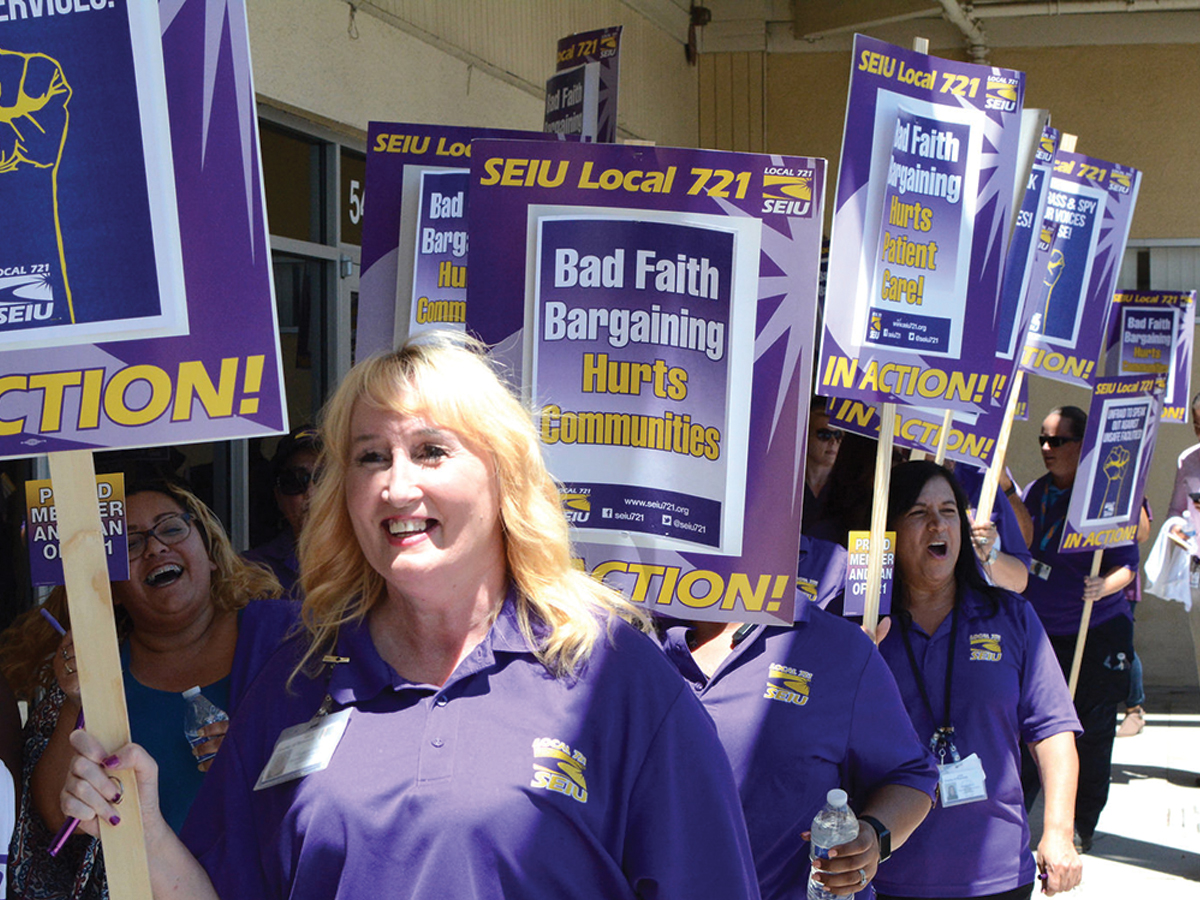 “Instead of listening to our safety concerns, the County abruptly yanked its  Joint Labor Management Safety Committee proposal without explanation. That is regressive bargaining. We have filed an Unfair Practice Charge against the County for this bad faith bargaining tactic,” he added.

The County’s move is a slap in the face to Hemet workers and countless of other workers throughout the County who have placed the issue of workplace safety squarely in front of the County.

In December of 2016, Hemet Clinic behavioral health workers filed a group grievance against the County for dangerous working conditions, including threats of violence against staff and frequent car break-ins.  The situation became so dire that Hemet Clinic employees resorted to taking professional self-defense classes to be able to protect themselves on the job (Watch Video).

Once word got around of the Hemet Clinic’s unsafe working conditions, many other County employees came forward with their own stories of being attacked while on the job, including nurses at the Riverside University Hospital System Medical Center in Moreno Valley. The vicious attack of Registered Nurse Terri Lopez in the ER prompted Medical Center employees to also file a group grievance against the County over the chronic safety breaches. 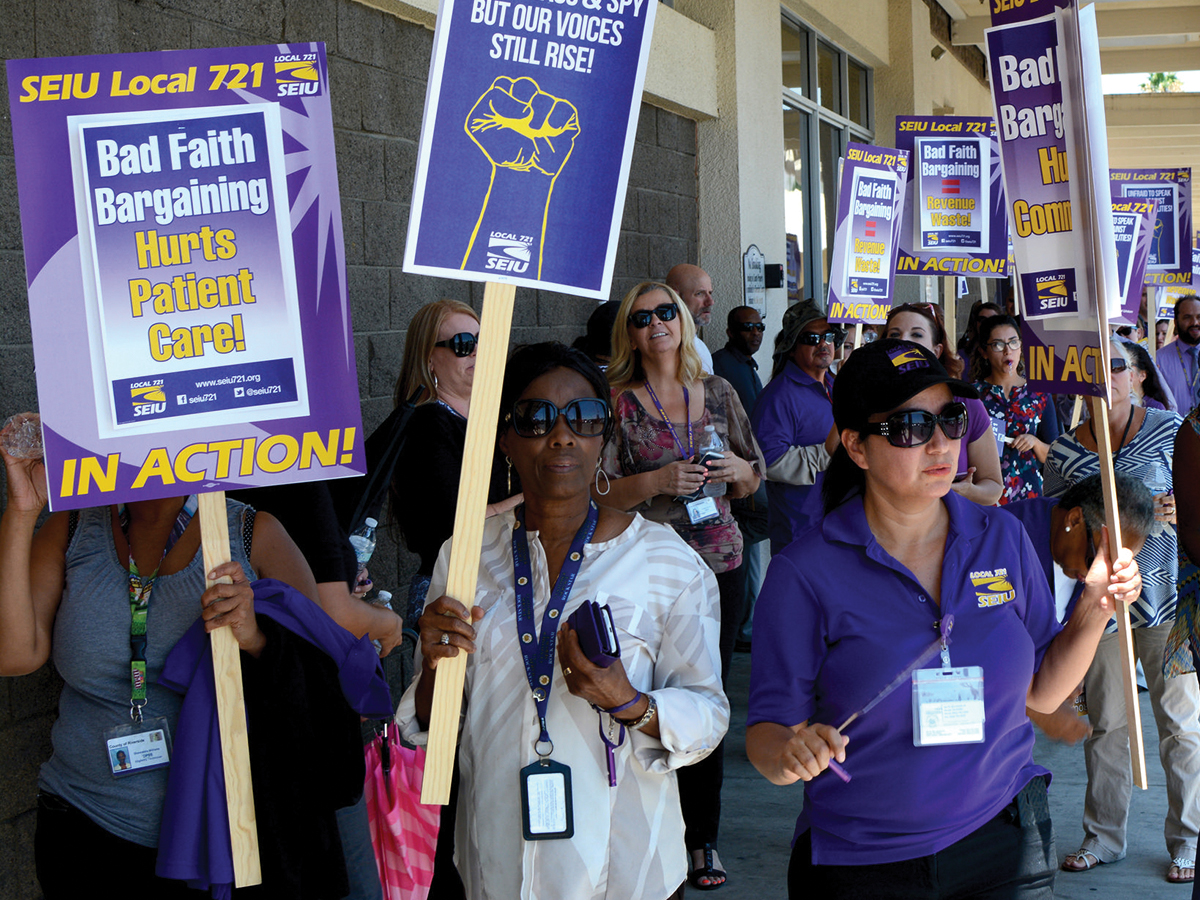 Following in the footsteps of their Hemet colleagues, the nurses also hosted a professional self-defense training class (hear KPFK story) at the hospital. Adding insult to injury, the participants at the self-defense became subject of Riverside County management’s surveillance as they participated in the training — an unfair practice charge was immediately filed on behalf of the hospital employees.

The Hemet action marked the 3rd picket in a series of actions scheduled at Riverside County facilities throughout the region. It’s become crystal clear that Riverside County’s frontline workers can’t stop and won’t stop from holding the County accountable. They have committed themselves to make sure their voices are heard.

Contact your worksite organizer at (951) 571-7700 to report any illegal activity by management and to participate in any of the Unfair Practice Charge pickets.