No one in California will be better off if the Graham-Cassidy healthcare bill becomes law.

– Robs 32 million Americans of healthcare coverage, including 6.7 million Californians – workers, students, men, women, children, seniors, and even those with disabilities.

– Forces us to pay more and more out-of-pocket for fewer and fewer benefits.

– Eliminates protections for those with pre-existing conditions.

This bill is so foul that patients, nurses, doctors, hospitals… even insurance groups and the Republican and Democratic directors of Medicaid in all 50 states oppose it!

This is the worst GOP “repeal and replace” proposal. Congress is rushing to vote on it before September 30. It might pass. Take action every single day to stop it! 1-866-426-2631 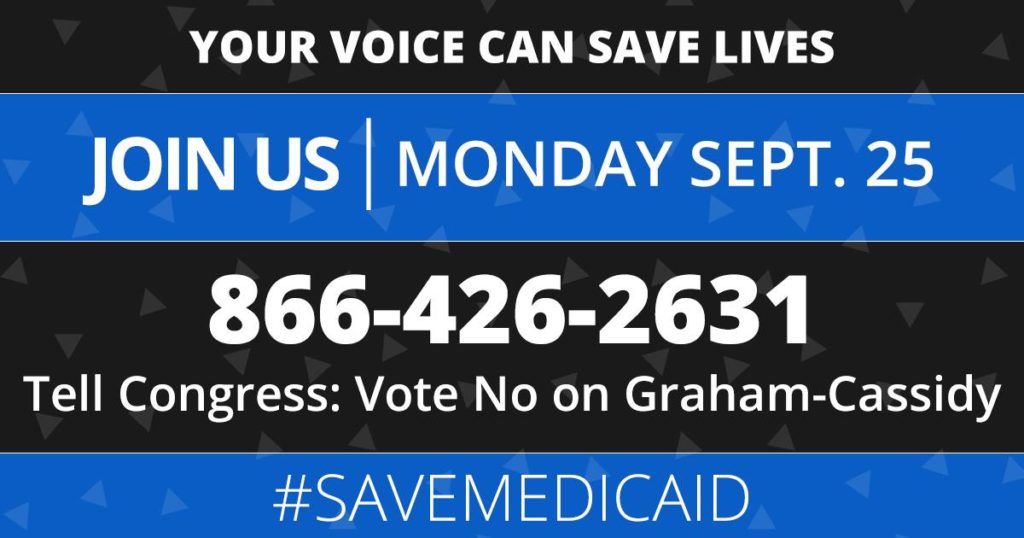 No other state loses as much as California – after losing $53.1 BILLION in funding, the hit to our safety net and public sector will be worse than the worst one we took during the Great Recession!

The clock is ticking. The ball is in our court. No one else but us can do this.