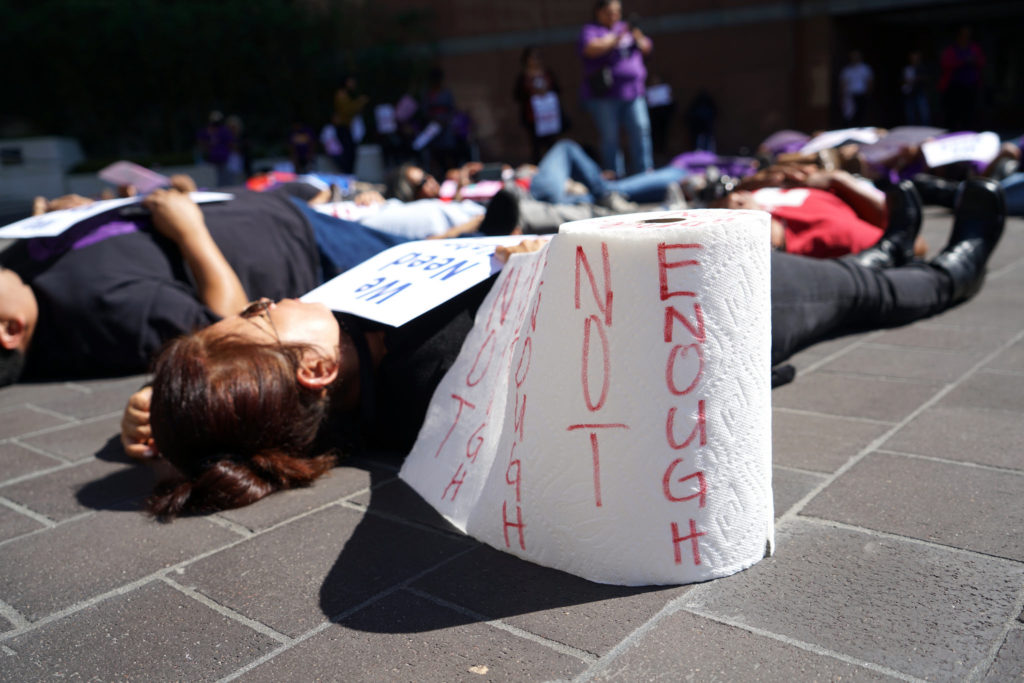 In the aftermath of Hurricane Maria, the people of Puerto Rico have endured 14 days without food, water, power and communication. As the death toll rises, elected officials are choosing to focus on the debt Puerto Rico owes to big banks, rather than the sorely needed help the people need.

SEIU 721 members, along with members of SEIU Local 99, USWW and UHW, came together outside the Edward R. Roybal Federal Building to stage a 14 minute funeral procession and die in to call attention to the plight of the Puerto Rican people.

Puerto Ricans were already weathering the twin financial storms of a lingering economic recession and a stifling $72 billion public debt. These compounded conditions left the fragile island vulnerable to a natural disaster like Hurricane Maria, and they are hindering Puerto Rico’s ability to recover and rebuild.

Our action highlighted the latest example of shameless immorality exemplified by big banks – which coldly insist that Puerto Ricans prioritize debt payments ahead of saving the lives of their family members, their loved ones, their neighbors and themselves.

Even as Hurricane Maria hit Puerto Rico – and throughout the recovery process – big banks have been relentlessly pushing in court to make sure they get paid. On October 4, 2017, one of these federal court hearings will take place in New York (moved from storm-stricken San Juan, Puerto Rico). We called on Judge Laura Taylor Swain to take the following actions: