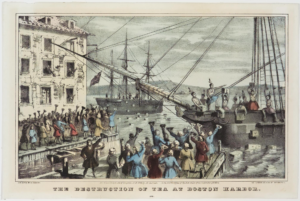 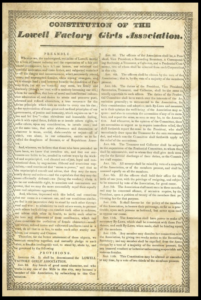 1870   15th Amendment to the Constitution adopted; states the right to vote may not be abrogated by color 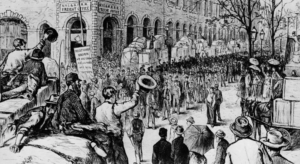 1885   Knights of Labor on the Southwest (or Gould) System: the Missouri Pacific; the Missouri, Kansas and Texas; and the Wabash

1890   Carpenters President P.J. McGuire and the union strike and win the eight-hour day for some 28,000 members

1905   Industrial Workers of the World founded

1909   “Uprising of the 20,000” female shirtwaist makers in New York strike against sweatshop conditions 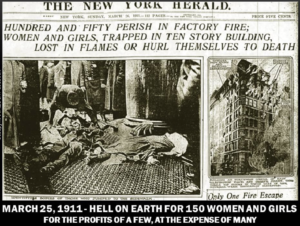 1912   Bread and Roses strike begun by immigrant women in Lawrence, Mass., ended with 23,000 men and women and children on strike and with as many as 20,000 on the picket line

1913   Woodrow Wilson takes office as president and appoints the first secretary of labor, William B. Wilson of the Mine Workers

1919   One of every five workers walked out in great strike wave, including national clothing coal and steel strikes; a general strike in Seattle; and a police strike in Boston

1921    William Quesse led the merger of the Chicago Flat Janitor’s Union and six other small janitors unions to form the Building Service Employees International Union, which would later become SEIU 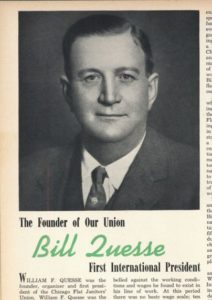 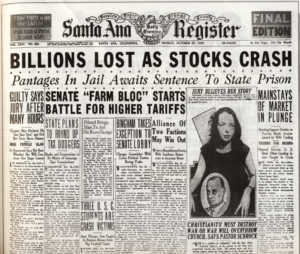 1934   Upsurge in strikes, including national textile strike, which fails

1938   Congress of industrial Organizations forms as an independent federation 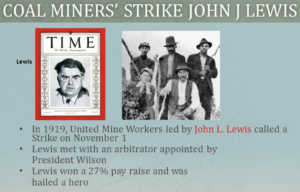 The Fight for Economic and Social Justice

1963   March on Washington for jobs and Justice 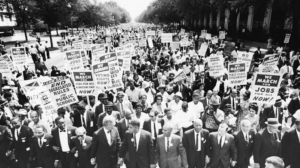 1981   President Reagan breaks air traffic controllers’s strike and decertifies their union, PATCO; This unleashes over a decade of union busting 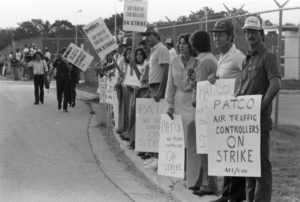 1981   Half a million trade unionists and supporters rally in Washington for Solidarity Day against Reagan’s economic policies; It’s the largest labor rally in history

1990   United Mine Workers of America win strike against Pittston Coal

1990   The “Justice for Janitors” Campaign gets underway in Los Angeles 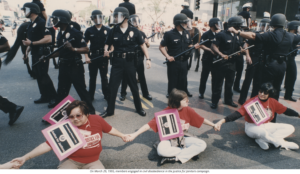 1999   30,000 to 50,000 working family activists take to Seattle streets to tell the World Trade Organization and its allies, “If the Global Economy Doesn’t Work for Working Families, It Doesn’t Work” 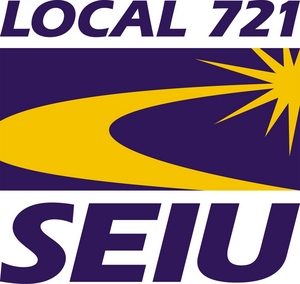