When pay discrepancies have arisen at LA County facilities, administrators at those locations have worked to promptly resolve them.

That’s not the case with the LA Sheriff’s Department (LASD) on a bonus weekend pay grievance affecting our fellow members in the jails. 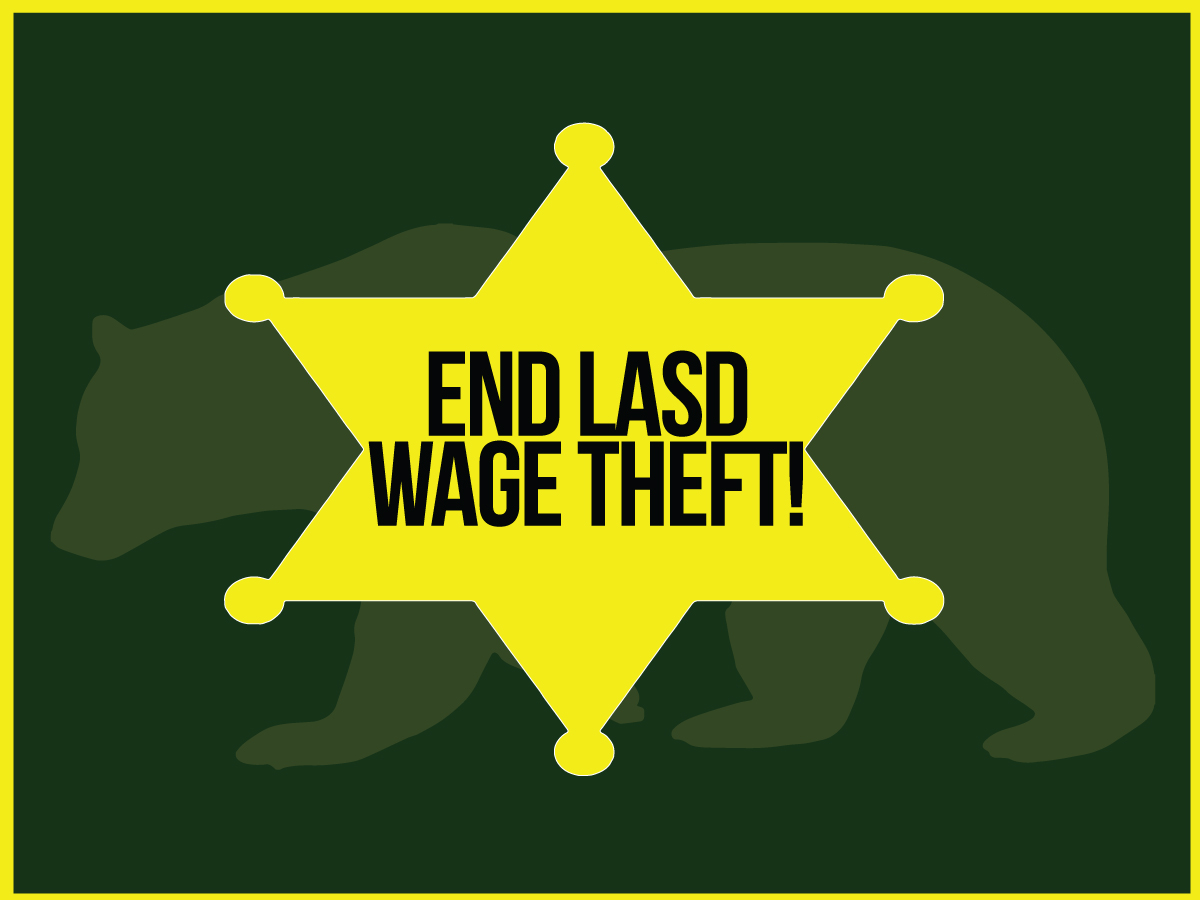 LASD led us to believe that they would follow in DHS footsteps and honor our contract when they informed us of their intent to make good on a bonus back pay issue dating back to January 2014. We have now received troubling news that only a tiny fraction of the affected workers will be made whole – it’s an affront to County workers and it’s wage theft.

Our employment contract with the County specifically guarantees this bonus pay. It’s the deal we agreed to, and it’s what our grievance makes perfectly clear.

Click here to take action! Stand with your fellow members in the County jails by e-mailing Sheriff Jim McDonnell and County CEO Tim Pescatello to tell them to end the wage theft and immediately disburse the backpay for all eligible workers!