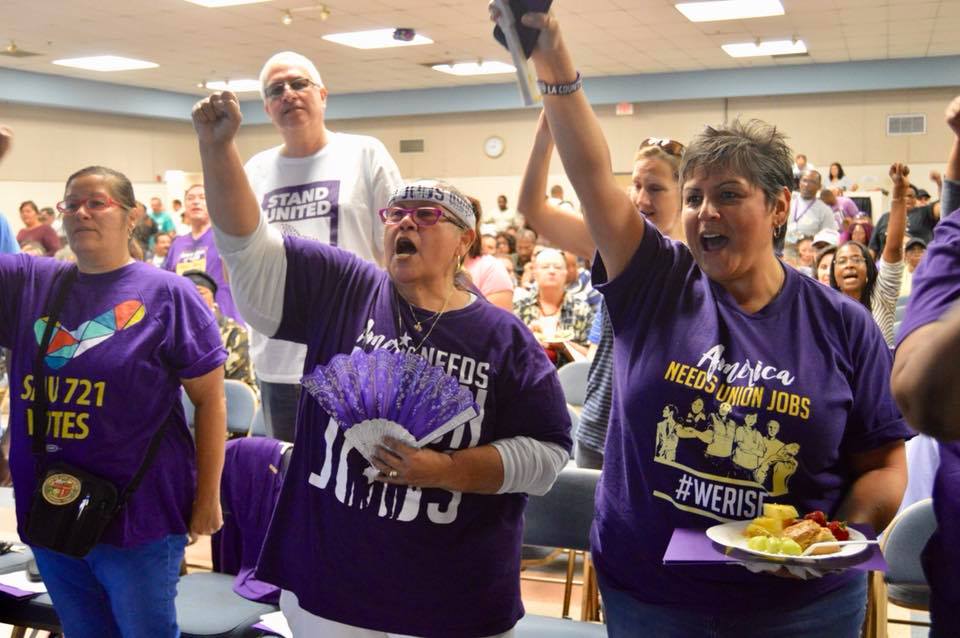 L.A. County CAT Team members got fired up for what is bound to be a hot contract bargaining fight!

It was standing room only at their fiery Saturday gathering, which took place at Holman United Methodist Church in the West Adams neighborhood of Los Angeles. Members hailed from across L.A. County – and from numerous county departments – to attend the morning meeting.

“As we launch our contract bargaining campaign, remember: They can issue all the edicts, motions and proclamations they want at the Board of Supervisors’ meeting, but without a workforce, it’s just a bunch of words,” said Bob Schoonover, President of SEIU Local 721. “You are the backbone of L.A. County. You are the men and women who make it run!”

“We know what we want – we want a strong contract,” said Linda Dent, Vice President of SEIU Local 721, who worked for decades as a clerk in at L.A. county’s Office of the Treasurer-Tax Collector. “But we’re going to have to fight hard to get it.”

Attendees learned the ugly truth about the dubious contract proposals currently being offered by top L.A. County managers. They include:

Members were reminded that L.A. County did not provide fully covered healthcare plans until SEIU Local 721 launched Operation Rolling Thunder back in 1991. “And we had to strike to win full coverage,” noted Bart Diener, lead negotiator for the L.A. County contract bargaining campaign.

Attendees then got the details of numerous August Heat actions taking place at worksites across L.A. County.

“Brothers and Sisters, this isn’t just a CAT meeting today,” said Lillian Cabral, Secretary of SEIU Local 721, at the event’s conclusion. “We’re getting ready for a cat and dog fight! And when we fight, we win!”