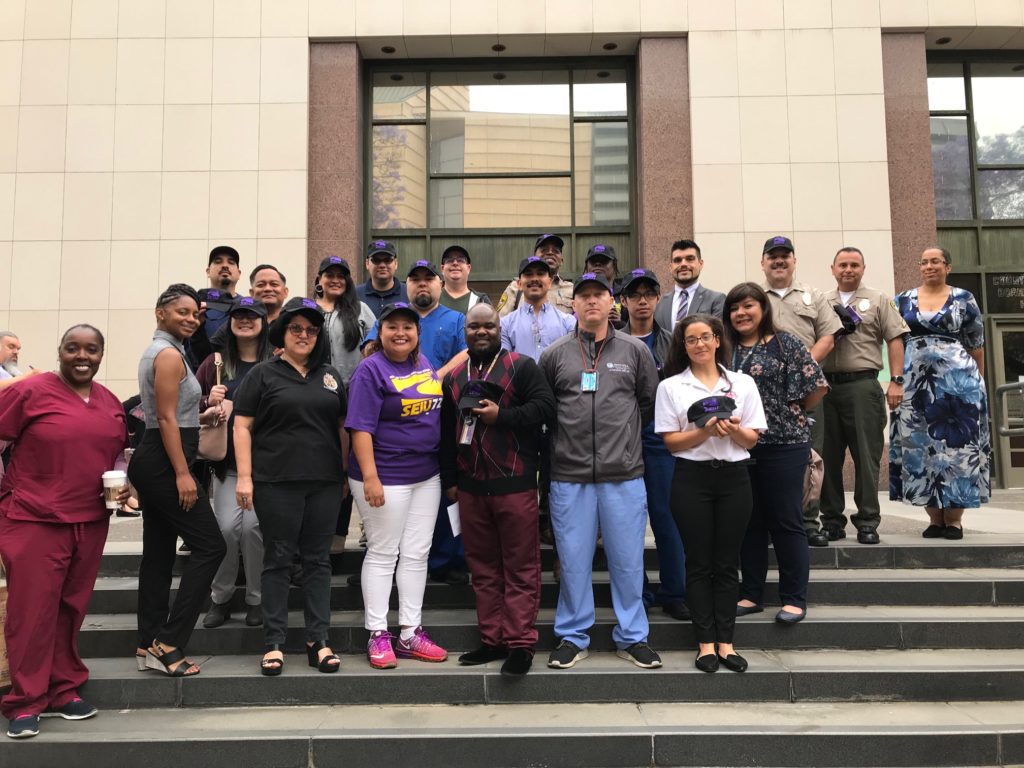 Dozens of our fellow SEIU 721 members who keep LA County clean, healthy and functioning testified at today’s official budget hearing, highlighting various challenges across numerous departments in a formal presentation to the LA County Board of Supervisors. Concerns raised by our union ranged from the impact that improper staffing levels are having on the quality of public services we can provide to bonus inequities which unfairly impact some of LA County’s most dedicated public servants.

“I was on the negotiation team and after contention, hard-fought negotiations by both sides, our hard work paid off and we settled our contract,” said Fiona Henlon, a Relief Nurse with the Department of Health Services. “It’s not right that six months after we settled our contract, we still haven’t received our bonuses or pay increases and we haven’t been told when we’ll get them either. We were only notified on May 2nd that we now have to go through LACERA to see if the bonuses are pensionable. I’m a Relief Nurse. I’m not even part of LACERA. But I am part of the safety net for LA County. In DHS, our permanent Nurses are the safety net for the public – and Relief Nurses like me the safety net for them. We’ve earned our bonuses and shouldn’t have to wait any longer. These bonuses and pay increases are a big retention incentive and we need to show our workforce that we value their work.”

In response to these concerns, the Board of Supervisors sent a five-signature letter to the Los Angeles County Employees Retirement Association – commonly known as “LACERA” – to expedite the process.

SEIU 721 members also raised concerns about LA County’s continued practice of contracting out jobs, particularly in the Department of Parks and Recreation. Despite voter passage of Measure A in November of 2016 – which supplied the department with an additional $74.7 million on top of their annual budget – the department still plans to cut staff hours and rely on part-time, recurrent employees to perform full-time, year-round functions. 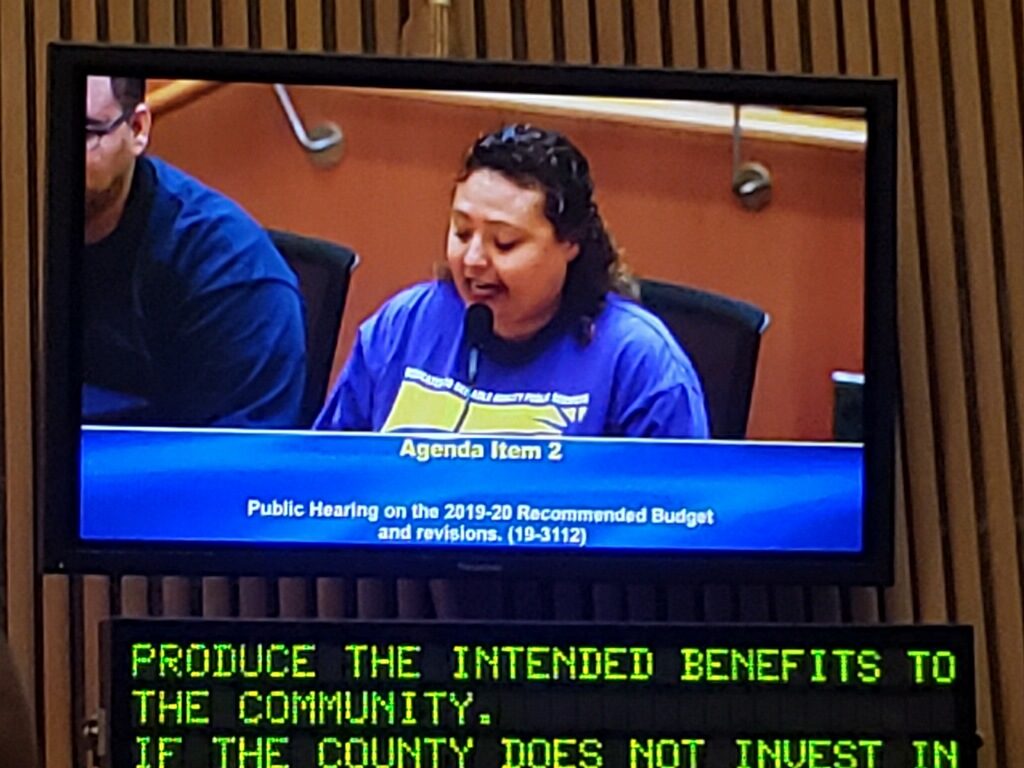 “From a labor standpoint, this means that the vast majority of Parks and Rec jobs do not provide compensation sufficient to support a household, do not provide adequate health benefits, nor do they provide any prospect for a secure retirement,” said Meliza Hernandez, a Parks After Dark Coordinator at Loma Alta Park in Altadena. “Park users are short-changed as well since a part-time, temporary workforce results in greater turnover, more tenuous ties to the community and a weaker commitment to LA County’s mission.”

Supervisor Hilda Solis and LA County CEO Sachi Hamai responded positively to concerns about part-time work throughout the Department of Parks and Recreation. Ultimately, the entire Board of Supervisors formally requested that the department identify potential sources of funding to rectify the matter.

Among other concerns raised by SEIU 721 members:

Today’s LA County Board of Supervisors meeting marked the official closure of Fiscal Year 2019-20 budget hearings. Budget deliberations will resume in June, with a final vote expected at the end of that month.