You may have received a mailer recently from an outfit called the Freedom Foundation, suggesting that you can “give yourself a Christmas bonus” by quitting your union.

You should know that the Freedom Foundation is one of many front groups funded by ultra right-wing oil billionaire Charles Koch dedicated to busting public sector unions.

That’s because Charles Koch and his family have spent decades and hundreds of millions of dollars fighting the minimum wage, paid sick leave, defined benefit pensions and a host of other basic protections for American workers.

Charles Koch is a major polluter (Koch Industries paid the largest EPA fine in U.S. history for committing 300 oil spills in six states). He opposes fair taxes on corporations and the super-rich.
He hates strong public employee unions, like SEIU 721, because we speak truth to power and fight back.

Our upcoming SEIU President’s Report features an exposé on Charles Koch and the other Right Wing billionaires behind the union-busting efforts of groups like the Freedom Foundation.

Until then, don’t let the Freedom Foundation Scrooge you. 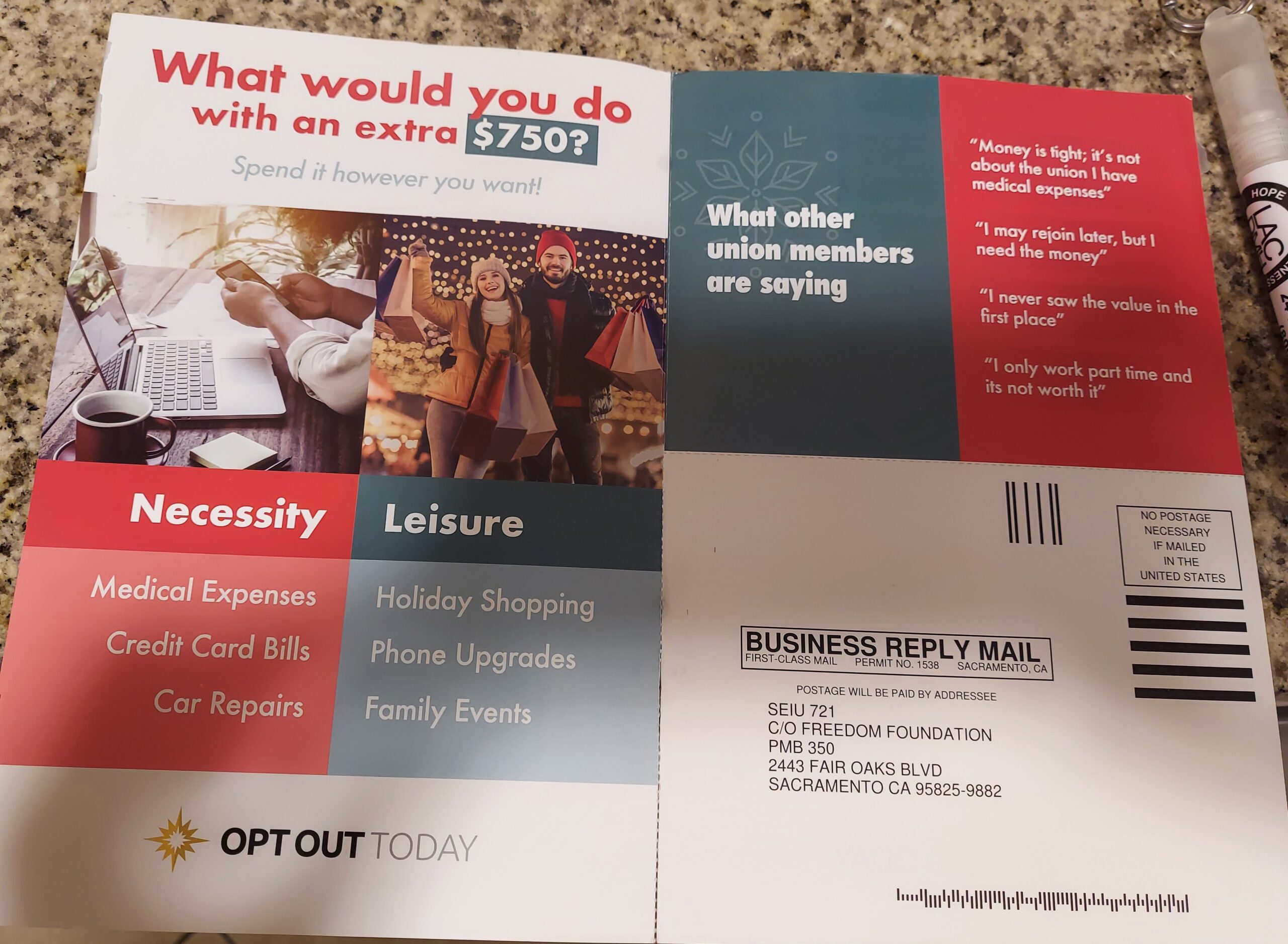