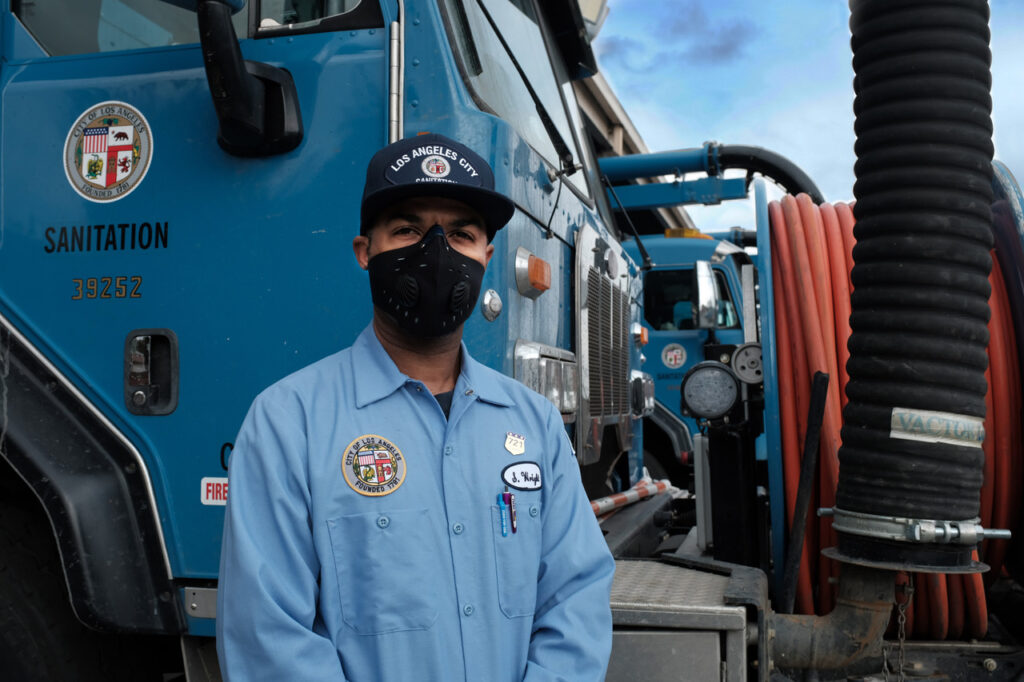 SEIU members have been a part of Simboa Wright’s life literally from birth.

Wright was delivered by SEIU healthcare workers at Martin Luther King, Jr. Hospital. When he was a baby, SEIU social workers guided him through the foster system to his adopted family. Now, after 20 years working for the City of Los Angeles as a Wastewater Collection Worker II and as an active SEIU member, he’s stepping into his new role as Vice President of SEIU 721 as a living example of how unions change lives.

“Getting a union job with the city was a tremendous relief and weight off my shoulders. I knew that I wanted to be a good father and being a provider is essential to that. Being a union member gave me security and peace of mind that most young fathers don’t enjoy. If I didn’t have a union, I don’t know how I would’ve made it. I want everyone to have the opportunity that I did.”

Wright’s commitment to his community runs deep. Before working for the City of Los Angeles, he served on the Los Angeles Conservation Corps as a teenager, where he got an early education in both the environment and the way public service can lead to a stable, fulfilling life. Decades later, he now serves as a member of the LA Conservation Corps board.

“You don’t forget where you came from. I want to give back. I love having a hand in the program that made a difference in my life and continues to help the youth of Los Angeles and open their eyes to the environment.”

The power of unions to improve not just the lives of workers and their families, but also the surrounding community guides Wright’s vision for Local 721. He knows that by fighting not just for strong contracts, but also for the common good, our union can be a force for change.

“I’ve always championed the Targeted Local Hire program because it creates a positive cycle. The people that we serve get good union jobs and then start serving themselves. If you give people an opportunity, most people will take it. We need to give people that opportunity – especially people who are usually shut out of stable, well-paid jobs, like the poor or formerly incarcerated.”

In addition to the Targeted Local Hire program, Wright has championed the Fight for $15, which won the $15 an hour wage in California, 1,000 Strong, a labor-led project that helps Black workers find jobs with public works, and other programs designed to help underserved groups access good jobs and higher education.

“I met a young woman at an NEO who had just been hired by Animal Services through Targeted Local Hire and she was so excited to join our union. She called me and said, ‘Thank God the union fought for this program. I’m not homeless anymore.’ That’s why I’m so proud, this young woman has a future. She’s building a life and it’s because SEIU 721 members fought for her.”