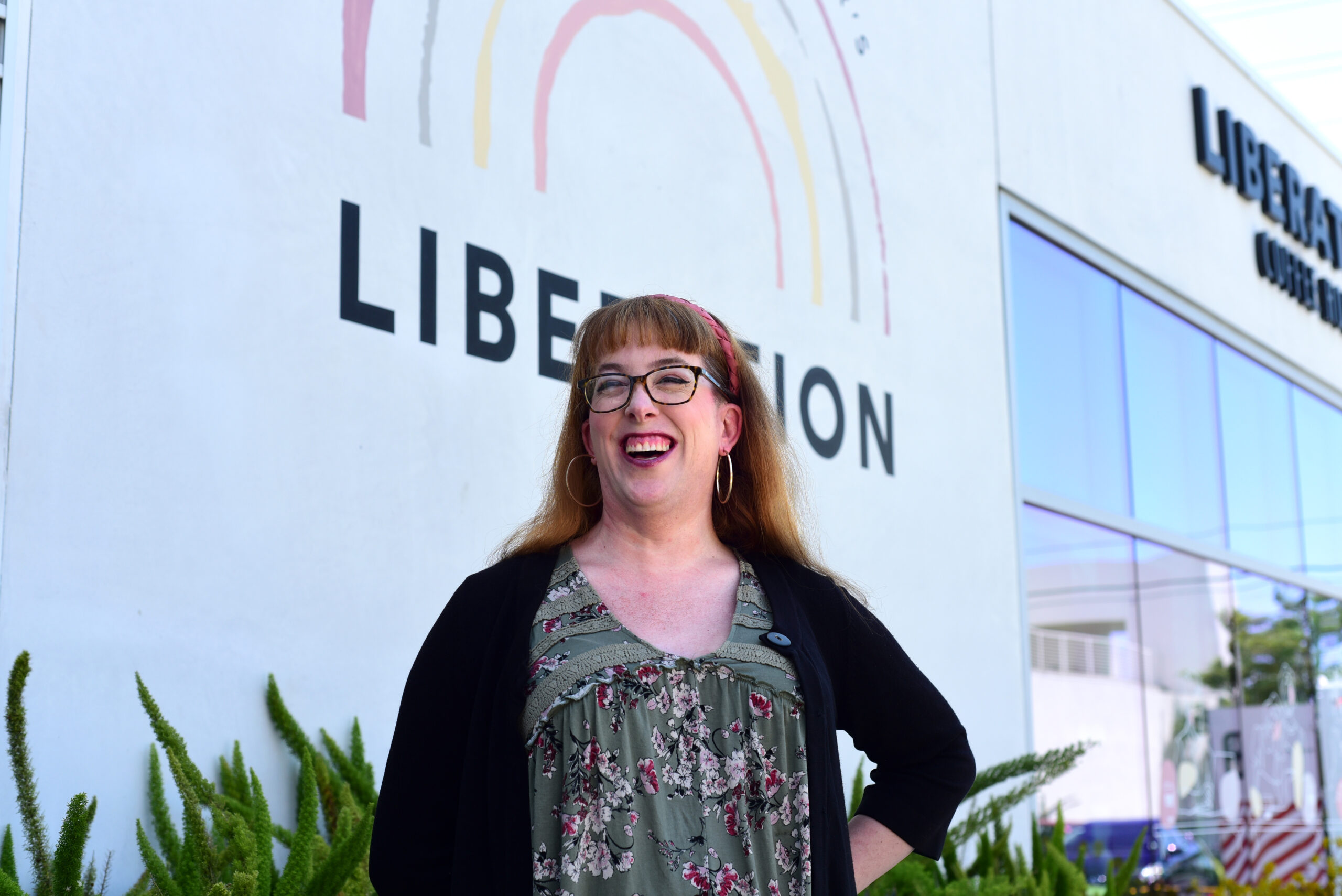 This Pride Month, SEIU 721 will celebrate LGBTQ colleagues. Below, read about how Katie Templeton of the Los Angeles LGBT Center advocates for patients as a medical biller.

Katie Templeton, 36, is a medical biller for the Los Angeles LGBT Center, which provides social and health services to those in the Lesbian, Gay, Bisexual, Transgender and Queer (LGBTQ) community.

That position may sound cut and dried, but with so many LGBTQ people in the LA area lacking adequate health insurance, her job is much more than processing bills and claims.

Templeton often needs to push back against insurance companies that don’t want to cover patients’ visits or procedures at the center, which operates a health clinic that provides various medical services.

“Right from the get-go, insurance companies just don’t want to pay,” Templeton says. “It’s my job, and my department’s job, to make sure that they do.”

Sometimes, she helps patients get on Medi-Cal, the state’s insurance program for low-income people, or access other coverage to pay for health services.

When she’s successful, it could mean that patients or the center save hundreds, sometimes thousands or tens of thousands, of dollars. (The center has programs that assist low-income patients cover certain medical procedures and services, too.)

As a transgender woman, Templeton says it’s especially meaningful for her to help others who have transitioned or who are transitioning navigate insurance coverage.

Templeton transitioned in the early 2010s when she lived in Texas. She moved to Los Angeles soon after, believing the Lone Star state wouldn’t be as accepting as California.

She said transitioning can be difficult, with specialists involved and many insurance claims that must be processed.

“There’s so much that goes into transitioning, and there are so many ongoing health needs for trans people, too, which is less discussed,” Templeton says. “As a trans person, I understand what’s involved, and I take it very seriously when we need to help people from the community.”

She adds: “My work feels especially meaningful at a time when trans people are under increasing attack from politicians and so many others. This community needs support right now.”

LGBTQ Members and the Labor Movement

Templeton, an SEIU 721 steward, says the labor movement needs to stand up for the LGBTQ community and fight against discriminatory laws and workplaces.

“I’ve been fired from jobs simply for being trans,” Templeton says. “We can’t have that. That’s a worker’s crisis. That’s someone’s livelihood and well-being.”

She adds: “Those in the LGBTQ community are the union. Many are members and many could be members. They need to know that unions have their backs.”