Starting this year, Juneteenth (June 19) will be recognized as an official City holiday, and the paid holiday will be observed on Monday, June 20.

Juneteenth has held a special place in the hearts of our Black communities for generations. The day marks the commemoration of the end of slavery — first celebrated more than two years after the Emancipation Proclamation was issued.

Only recently has the important date become publicly recognized as a national milestone that everyone should commemorate – an outcome borne from years of hard organizing by civil rights groups, including labor unions like SEIU 721.

Here in the City of Los Angeles, the City Council voted unanimously in August 2020 to initiate the process of making Juneteenth an official city holiday. 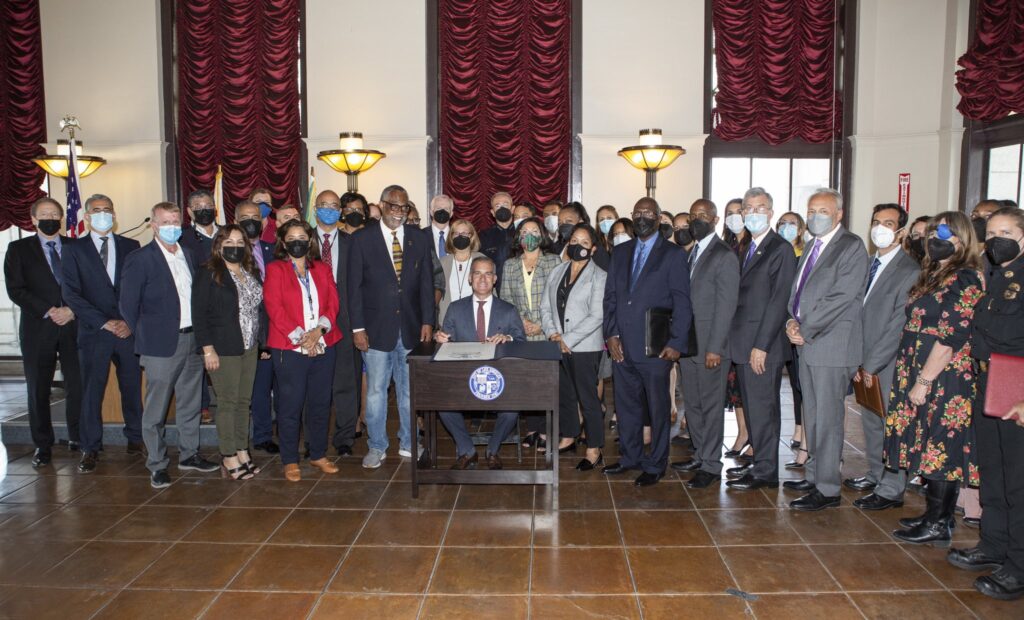 This past Monday, June 6th, Mayor Eric Garcetti signed the proclamation officially recognizing Juneteenth as a City holiday on June 19th every year.

With the Mayor’s proclamation, the City is now in line with both the County of Los Angeles, and our federal government.

This is a long overdue recognition, and a special day of remembrance in our City.

As mentioned above, this year the City will observe the holiday on Monday, June 20th.