We absolutely crushed it!

The motion to award a multi-year $67.2M contract to Deloitte and replace our 2-1-1 LA members with an automated service failed miserably at today’s LA County Board of Supervisors meeting. 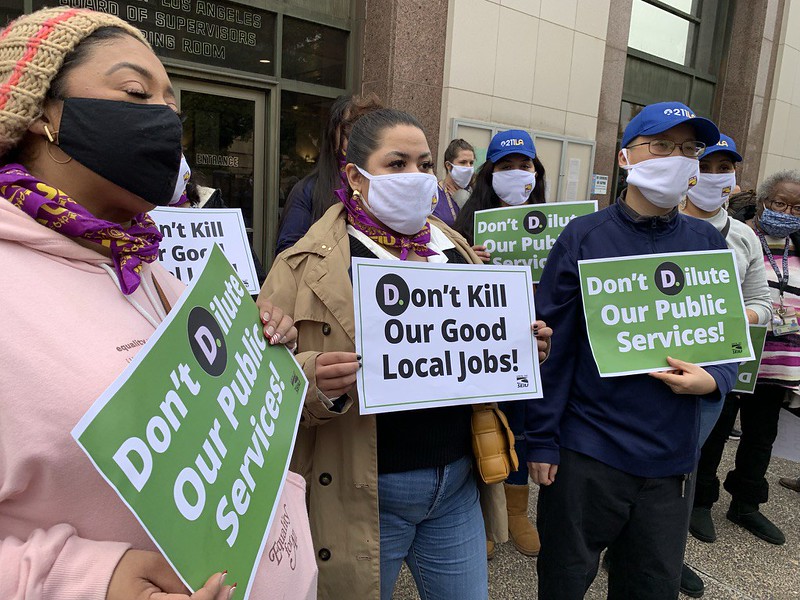 Our big victory at the Board of Supervisors closes a chapter that began in the Spring of 2021, when we first caught wind of LA County CEO Fesia Davenport’s request for proposals to replace 2-1-1 LA’s services.

Since then, our 2-1-1 LA union members have spoken out in the media and at the Board of Supervisors against the shameless attempt to kill good union jobs in the name of so-called “efficiencies.”

Just this week, 2-1-1 LA union members joined an unprecedented coalition of community members and organizations like AARP California (ABC 7 News) to make a direct plea to the County Board of Supervisors on the eve of their Deloitte vote.

But that’s not all, hundreds of SEIU 721 members across LA County submitted e-mails to the Board of Supervisors urging them to save our good union jobs and vote no. 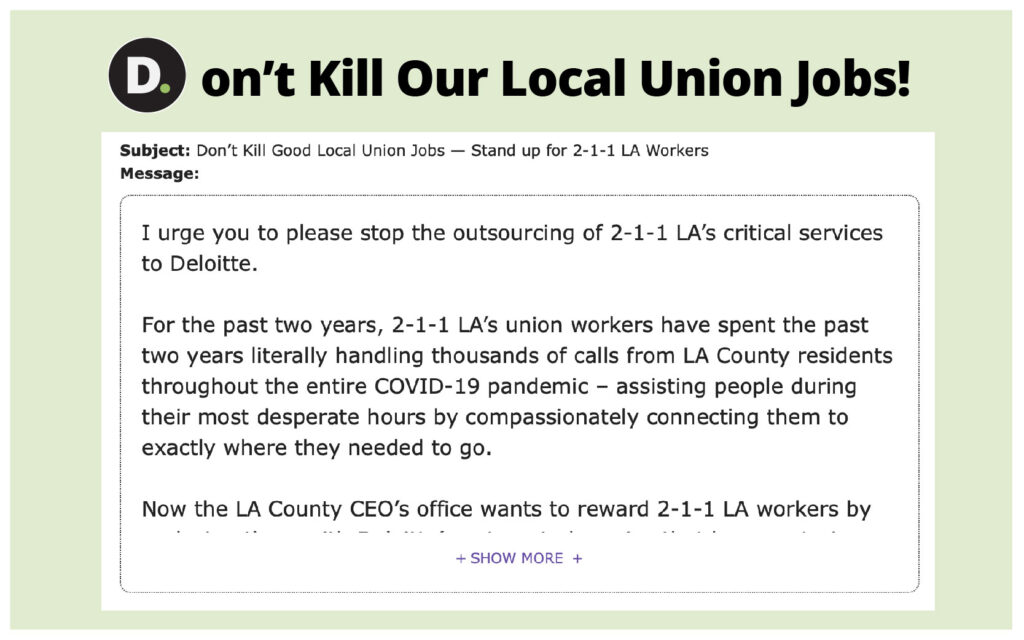 Every action — virtual and in-person — worked!

“The reality is that there’s no power like the power of our union,” says SEIU Local 721 President David Green.

“We came together union-wide to stand up for our 2-1-1 LA members and fought back against this union-busting proposal every step of the way. An attack on one segment of our membership is an attack on every union member. Today’s Board vote against privatization sends a very powerful signal that LA County is a union town through and through. We commend Supervisors Hahn and Barger for casting their votes in favor of working people, and are deeply disappointed by the votes of Supervisors Mitchell and Kuehl, who sided with a faceless multi-national corporation in an attempt to privatize critical County services.”

Rejoice and stand proud. Stay tuned for updates and next steps. Please share the great news by pressing the share button below.

It remains clear as ever that when we fight — we win