On Saturday, April 16, the Women’s Caucus hosted a special brunch to honor the leadership and contributions of cis and trans women in SEIU LocaL 721 and our communities.  The dozens of women and men who attended this celebratory and educational gathering feasted on chicken and waffles, and nourished their hearts, minds, and spirits.

Martha Arevalo of CARECEN, State Senator Holly J. Mitchell, State Senator Carol Liu, and L.A. County Supervisor Sheila Keuhl, received special awards and gushed with gratitude and praise for the work 721 does on behalf of members, and all working families.

Supervisor Kuehl has communicated the importance of properly funding the public sector, and raising the minimum wage in the past. These ideas were discussed further during the brunch. Two thirds of minimum wage workers are women. An increase in the wage floor, therefore, raises not only individual workers out of poverty, but acts as a tide lifting the children, seniors, persons with disabilities, and entire families and communities out of poverty as well. Fewer households living in poverty, means fewer households waiting in line for City, County, Courts, Library, and other public service workers. Thus working to reduce the stress that has been in place over the last decade, in which fewer workers have been expected to do more work in fewer hours.

State Senator Liu’s work to protect the rights and dignity of the homeless complemented this discussion. Her recent proposal to prohibit the ticketing of persons who sleep in public spaces overnight served as an example of the high cost of poverty, and an illustration of the additional and unnecessary work heaped upon public sector employees whose limited time and resources should not be spent on the preparation and processing of government documents that penalize the poor. Instead, public sector workers should be resources and supported in doing the work they trained and were hired to do on behalf of the public good. In her remarks, she stressed that her legislative proposals are designed to benefit women and families, not limit or stifle them.

State Senator Mitchell, Chair of the Senate Select Committee on Women and Inequality, complemented the discussion by outlining her work to end the trafficking and exploitation of children, the need to repeal the Maximum Family Grant Rule established in 1997, and proposed legislation to address asset forfeiture laws that make it possible for law enforcement to use an arrest to seize, and then sell or destroy the property of persons accused of an offense, no matter how minor or severe. Whether they are convicted or not, law enforcement authorities have a green light to homeless persons, those being evicted, spouses or domestic partners who are also parents or child guardians, etc. These policies disproportionately impact women, communities of color, LGBTQIA individuals, and others who are socioeconomically marginalized.

Martha Arevalo, Executive Director of CARECEN, complemented the discussion with a reminder of the cost of our nation’s broken immigration system. Not only have 3 million been deported during President Obama’s two terms in the White House, but over 400,000 each year have been placed into detention centers each year without access to attorneys. Because lacking immigration documentation, or having an expired visa, are considered civil, instead of criminal offenses, the men, women, and children placed into detention are not read their Miranda Rights, or assigned to Public defenders. Recently, a judge testifying on behalf of the Department of Homeland Security said that their office did not see fit to even assign legal support to three and four year old migrants escaping poverty and violence in Central America.  The percentage of migrant women who have been assaulted, harassed, and raped is astronomically high. This takes place when crossing the border, in the workplace, regardless of whether it is a hotel, office building, a food preparation site, or agricultural field. And in the detention centers themselves. Trans women placed in men’s detention centers are often subject to both sexual violence, as well as assault and battery. While President Obama’s executive order will benefit millions of childhood arrivals and undocumented parents of US citizens, millions more will remain vulnerable, until both houses of Congress pass a humane and inclusive comprehensive immigration reform bill.

While there is a great deal of work to do, the women of SEIU Local 721 have proven that no task is impossible, and no challenge is insurmountable! The Women’s Caucus is proud to stand with elected officials and community leaders who are committed to raising up all working families. This year’s honorees truly understand that fairly compensated, educated, healthy, and empowered women and girls are the key to lifting up our communities, California, and the world. 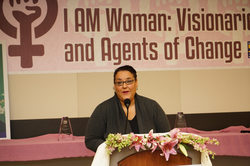 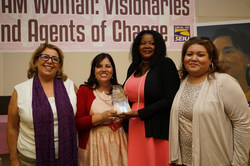 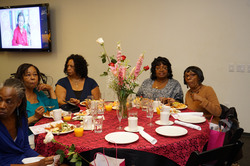 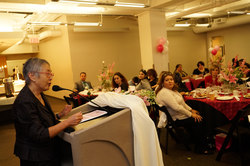 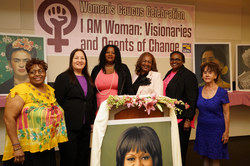 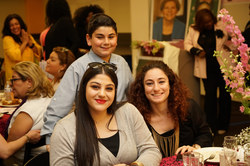