In a peaceful demonstration, concerned patients, providers and community members walked from 38th St W and Paddock Way, to Knight’s Lancaster home, and from Hiltscher Park to Royce’s Fullerton home, on Thursday evening, to deliver a clear message to the Congressmen about the harm they have wrought.

Holding candles, flowers, and a coffin to represent the nearly 44,000 American men, women, and children who will die every year because of the chaos created by the defunding and repeal of the Patient Protection and Affordable Care Act, members of the processions arrived at Knight’s doorstep in Lancaster, and Royce’s doorstep in Fullerton, requesting that they speak with their constituents about the life and death decisions these Representatives are making in Washington DC.

If Congressmen Knight and Royce continue to vote to defund and repeal the ACA, they will:

· Strip care away from millions of the poor, people with disabilities, frail seniors, sick children and vulnerable families – 44,000 Americans will die each year as a result

· Lose $20 Billion in federal funding to the Golden State – as a result, 334,000 Californians will lose their jobs

· Break their own promise to replace Obamacare with something better

Over the last 8 years, California has done more to expand health care access through the ACA than any other state. SEIU Local 721, a leader in the Fight For Our Health Coalition, is mobilizing a massive effort to protect the ACA and the more than five million Californians who count on it for their care, including 4.1 million Medi-Cal enrollees and 1.2 million who purchase coverage through Covered California. Across California patients, providers, and community members held similar candlelight vigils at the homes of Republican Congress Members who refuse to hold town halls during the time they spend in the districts they represent, in order to illustrate the serious human and economic impact of repealing the ACA without a replacement. A fact sheet from Health Access California details the number of Californians who stand to lose their healthcare in each Congressional District.

A new Kaiser Family Foundation Poll found the vast majority of Americans oppose GOP plans to repeal the ACA without a better plan in place to serve as a replacement. Congress Member Steve Knight’s constituents, and Congress Member Ed Royce’s constituents agree. The residents of both Congressional Districts are alarmed by their Representatives’ unwillingness to hold town halls to explain and defend their recent votes to dismantle our nation’s healthcare system without having a plan to replace it. 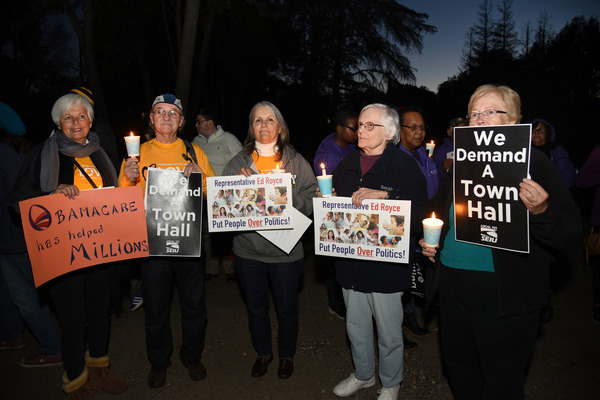 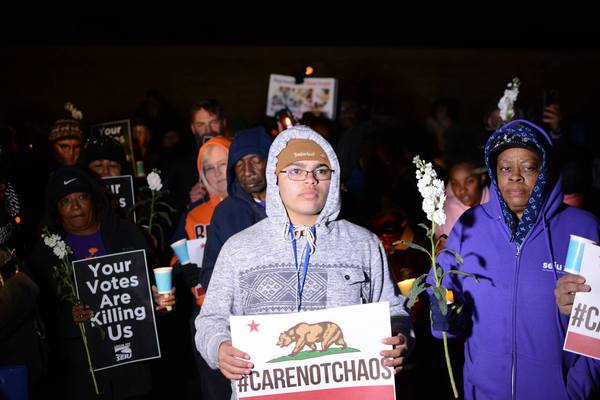