In response to the increasingly dangerous working conditions that have been continually ignored by Riverside County management, Riverside County SEIU 721 members have begun participating in three self-defense classes this week at worksites across the County to equip members with the skills needed to stay safe on the job. The first self-defense class kicked off on Tuesday, April 11th right outside of the Emergency Room (ER) at Riverside University Hospital System’s (RUHS) flagship hospital in Moreno Valley. The ER was the recent epicenter of a brutal attack on ER Nurse Terri Lopez at the hands of a patient.  The patient repeatedly slammed the nurse’s head on the ground and attempted to bite her on the back of her neck until a co-worker came to her defense.

“We have said to Riverside County management – over and over – that an incident like this would eventually happen,” says Terri Lopez. “It finally did happen – to me.”

News of the attack quickly spread to other facilities throughout Riverside County spurring SEIU 721 members to take workplace safety matters into their own hands both for their own welfare, and the safety of the patients they serve in the face of management neglect. 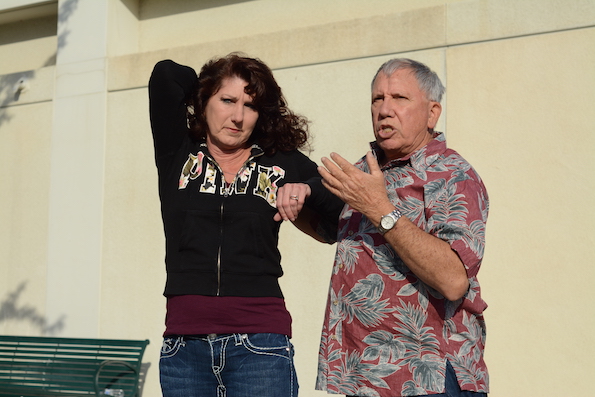 The self-defense classes arrive on the heels of a group grievance filed against Riverside County on March 23, 2017 on behalf of mental health caregivers at the RUHS Correctional Facilities. In the group grievance filed against the County, employees describe how they work “in serious fear of suffering a violent attack that may lead to death while on the job” since they “no longer feel they are able to work in a safe environment.”

This is the second group grievance filed by SEIU 721 members calling on Riverside County to implement proper safety measures for health and mental caregivers. The first grievance – filed on December 15, 2016 – pertained specifically to workers at the Hemet Clinic, and prompted Hemet Clinic workers to host a “safety check” calling on the County to address the issues at the facility and launch the first self-defense class of its kind back in January at the SEIU Local 721 Inland Region Office (VIDEO). 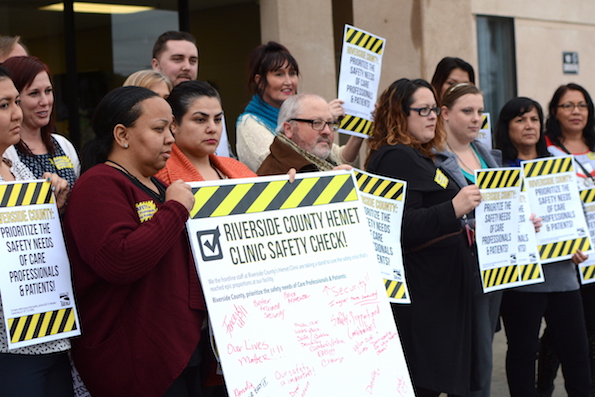 Hemet Clinic workers filed a safety grievance in December of 2016

“We’re constantly asked to do more – with less – and conditions are already dangerous,” says Lopez. “So the fact that Riverside County is proposing, even more, budget cuts means – management is turning a blind eye to conditions on the ground.”

There is a direct connection between management ignoring County employees’ concerns for safety and staffing levels, and the quality of care at RUHS. When nurses and other care workers make complaints and nothing improves – they leave and patients suffer.

Terri and her co-workers at RUHS, and other facilities have vowed to continue speaking out and advocating for Riverside County to be both the employer and health provider of choice in the Inland Empire. 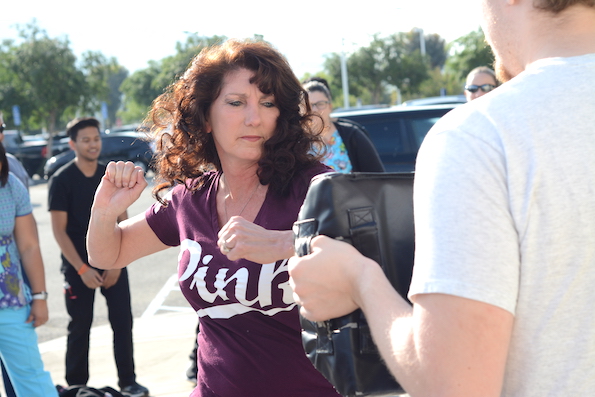 Count on them to make to bring real lasting changes via the latest contract negotiations to Raise Up Riverside County. Stay tuned!