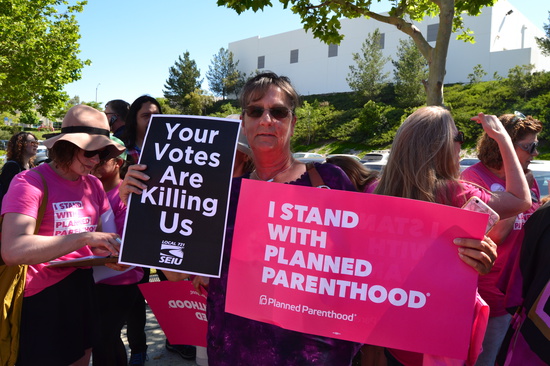 SEIU members, community and advocacy groups went to Rep. Knight’s office in Santa Clarita, California to tell him that it is both immoral and unjust to tear away at our nation’s healthcare safety net in order to provide hefty tax cuts for the rich.

The Trumpcare bill will also have disastrous effects on those with pre-existing conditions and weaken women’s health services across the country. Now it’s up to the Senate to stop Trumpcare in its tracks.

“When I heard about today’s vote I knew I had to come right out to this protest,” said Doryce Caballero, an SEIU 1000 member and Member Political Organizer in Lancaster.

Doryce joined dozens of others who had heard about this flash rally and came out to deliver a message to Rep. Steve Knight – Your votes are killing us! 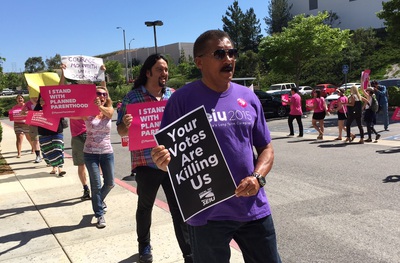 Rep. Steve Knight narrowly won his 2016 election running in a traditionally “red” district which is now turning purple as a result of progressive activism like this rally.

As the brilliant sign below indicates, it looks like it’s time to replace and repeal Steve Knight! 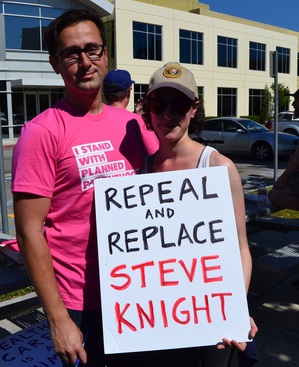 0 responses to “SEIU Members Tell Rep. Knight “Your Votes Are Killing Us””