For more than a year we’ve negotiated in good-faith with the County of Riverside but they have consistently stayed on their low-road, breaking labor law after labor law!

The County’s refusal to bargain in good faith and misinformation campaign in the media have left both county workers and the community wondering what’s going on and where we’re heading. This bargaining FAQ answers frequently asked questions about the contract situation in Riverside County. 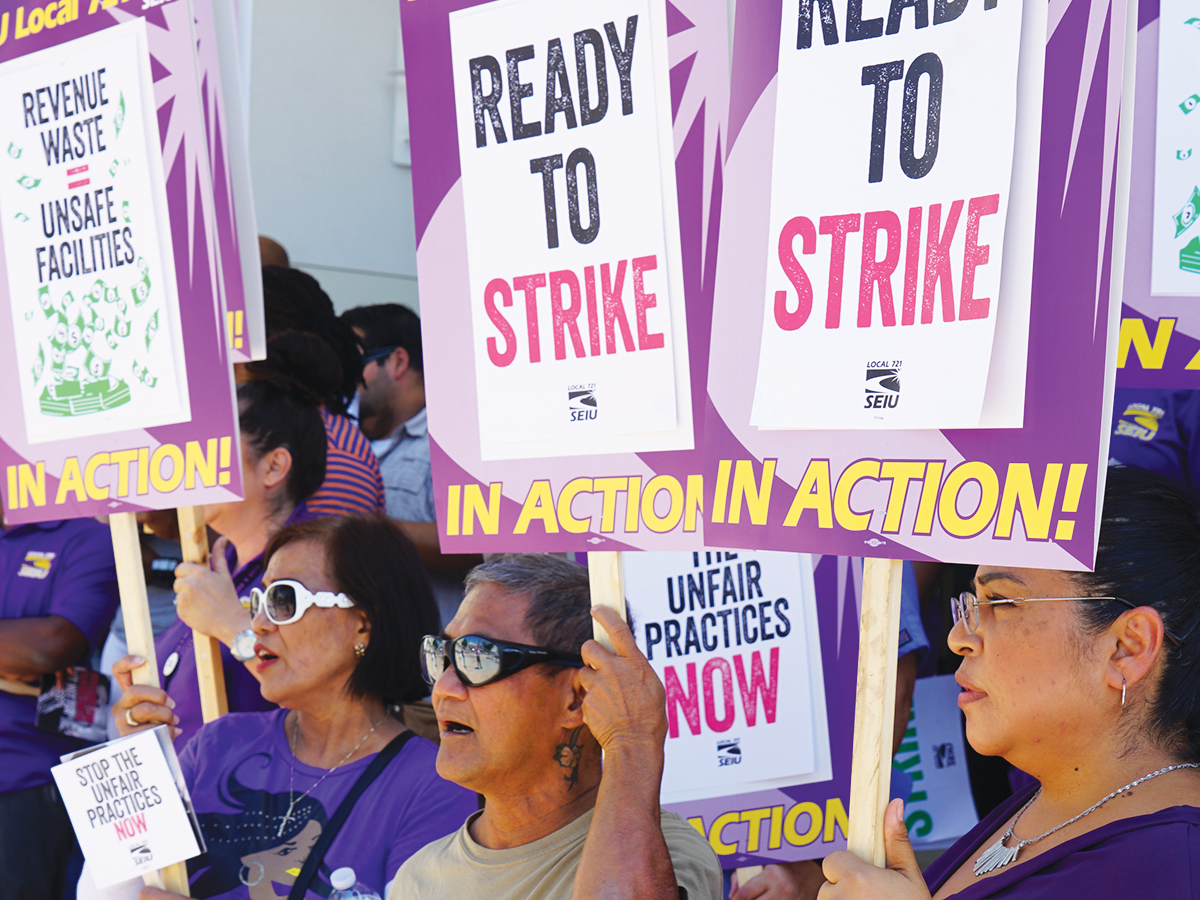 At the bargaining table, we currently have a “last, best and final” offer from Riverside County that is simply unacceptable. This offer would take away step advances, increase healthcare premiums and even make employees pay for parking at work!

What’s in the County’s “last, best and final?”

What is the next step in the bargaining process?

Immediately after the strike ended we asked the County to agree to mediation with a neutral third party and they denied this request. The Union has requested that the parties participate in Fact Finding, a process in which a three-person panel – composed of a union representative, an employer representative and a neutral third party appointed by PERB – reviews the facts in dispute between the Union and the County, investigates the County’s finances and operations, and makes a recommendation about how the dispute should be resolved.

Will Fact Finding resolve the issues in the County’s “last best” and final offer?

At the conclusion of the Fact Finding, the panel will issue a report and recommendations based on its review of the County’s finances and operations. The panel will also review all the proposals exchanged at the bargaining table by both sides, including the County’s “last best” and final offer.  The Union is confident that an expert panel will determine that the County’s “last best” and final offer is unreasonable, however neither party is obligated to follow the panel’s recommendations, and so the County can choose to once again not honor the process in good faith.

What happens after Fact Finding?

When Fact Finding is completed, the panel will present their recommendations to the union and the County. Neither party is obligated to accept the recommendations. Once the Fact Finding process is completed, the County can still impose its “last best” and final offer – even if fact finding deemed their offer unreasonable. If the last, best and final offer is imposed, all county workers are forced to operate under the terms of the last, best and final for a year.

How soon could the last, best and final be imposed?

What other issues remain unresolved with the County?

The County’s list of transgressions is long and includes a refusal to open up the books, wasteful spending on outside consultants, deceptive legal strategy in the lead up to our ULP strike and the 28 (and counting) unresolved ULP charges that have been filed to date.

Why do we need to see the books?

Throughout this process, the County has claimed that it just doesn’t have to money to ensure appropriate staffing levels, pay workers what they’re worth and keep health insurance affordable for all families. However, when pressed for specifics, the County has failed to provide evidence of this claim. In some instances, the County has even given different numbers to us than to the court! When we do get numbers, they often reveal a willingness on the County to spend – just not on our frontline workers. For example, in 2016, the County spent nearly $12 million on contract nurses!

How much has the County spent on outside consultants?

According to information provided to us by the County, the County has spent $40 million on European consulting firm KPMG. Additionally, the County hired the anti-worker Zappia Law Firm to act as the County’s lead negotiators during bargaining. During our ULP strike, the County authorized up to $7 million to pay for scab workers.

What is a ULP and why do they matter?

A ULP is an Unfair Labor Practice, which is conduct that violates the rights of County workers by violating California labor law. To date, we have filed 28 unfair labor practice charges against the County. Many of the charges that we have filed allege that the County has bargained in bad faith, including switching contract negotiators four times, demanding that we bargain over email, rejecting proposals without explanation, and yanking a safety proposal.

Click Here For A Comprehensive Rundown on County ULP Charges

What is happening with Zappia Law Firm?

We officially filed for sanctions against Zappia Law Firm in early October due to the firm’s conduct in the lead up to our ULP strike. Prior to the strike, the County attempted to get an injunction on hundreds of County workers, taking away their legally protected right to strike. In order to do this, the County and Zappia told the court that they could not find replacement workers.

In reality, the County had already signed a contract for replacement workers a week before the injunction hearing! Neither Zappia nor the County representatives present at the hearing told the court about this contract.

On Nov. 14, the court will rule on our request for sanctions. In the meantime, we’re keeping up the pressure and telling the board of supervisors to fire Zappia!

How can I keep the pressure on the board of supervisors?

Since the end of our ULP strike in September, we’ve engaged in more than a dozen direct actions – showing the board that we mean business. We will continue to pressure board members to fire Zappia and come back to the table for as long as it takes to get a fair deal. To know when and where our next action is, join our text line by texting 721RIVCO to 787-753.

Who supports us in our fight?

During our strike, the top three California Gubernatorial candidates Antonio Villaraigosa, John Chiang, and Gavin Newsom stood with us on the picket line and supported our fight. In addition, we have assembled a large and growing coalition of faith and community organizations who understand that it’s the frontline workers who make Riverside County a great place to live. Members of our coalition include:

Will we go on strike again?

That is entirely up to you. This is a fight for the future of Riverside County and that means everything is on the table. The Bargaining Team will be giving you the opportunity to vote on the County’s “last best” and final offer so you can decide for yourself if you want to settle for it, or fight back. Stay tuned for details.

Sounds like the County is just ignoring SEIU and it is determined to keep the status quo.