The Riverside County Board of Supervisors seems to prefer that their dealings with European consulting giant KPMG stay in the shadows. That probably makes it easier for them to do things like turn a $761,600 contract into a $40 million one through amendments – without the taxpayers footing the bill having any say.

Meanwhile, the board refuses to invest in vital services that make Riverside County a great place to live.

The people of Riverside deserve to know what their money is being spent on, which is why we decided to shine a light on this issue at Supervisor Kevin Jeffries’ fundraiser on Wednesday night. 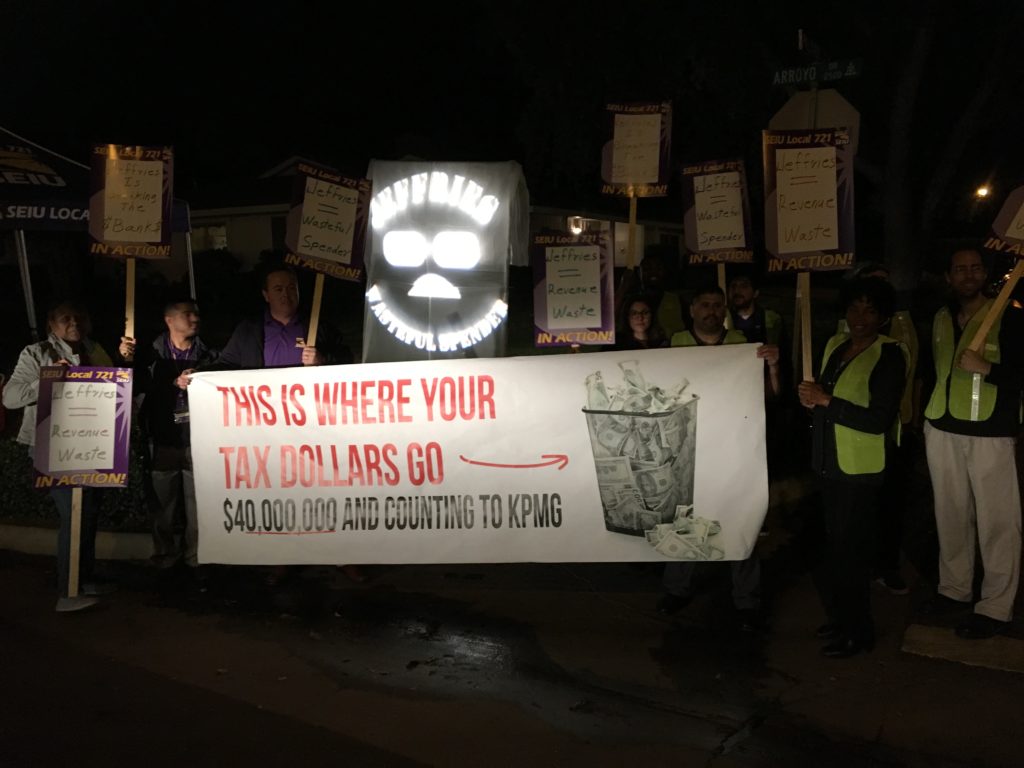 While Jeffries and his donors hobnobbed inside the country club, our members spread the word about what he’s doing with their tax dollars.

While it was dark out, we made sure our message came through clear as day. 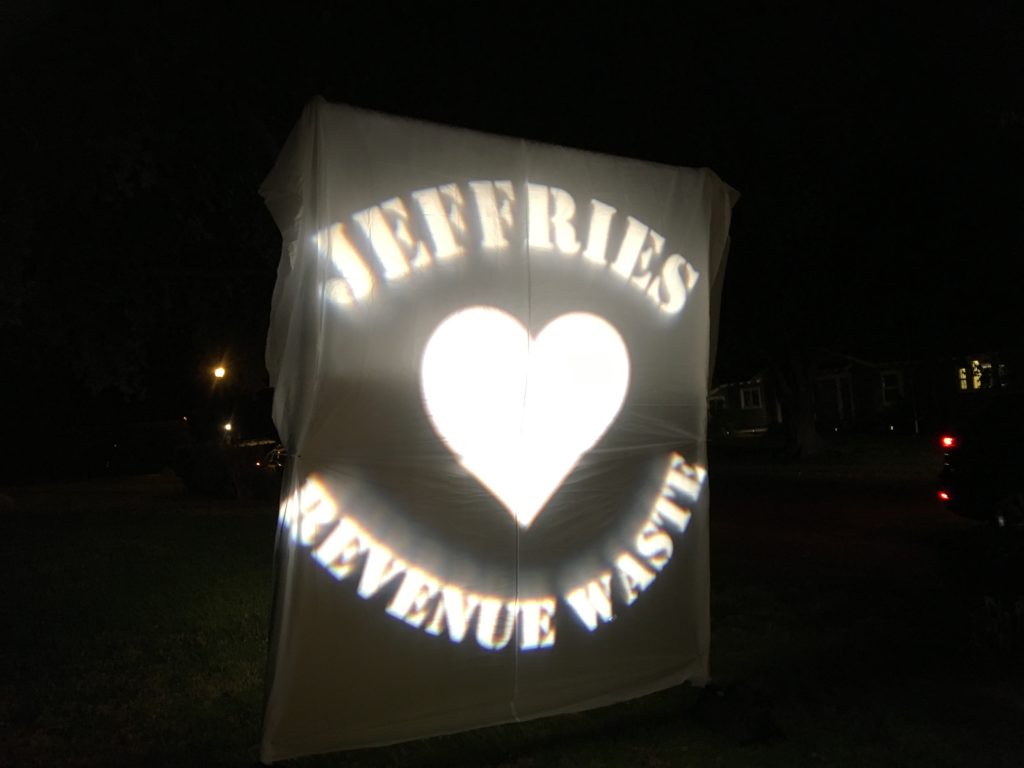 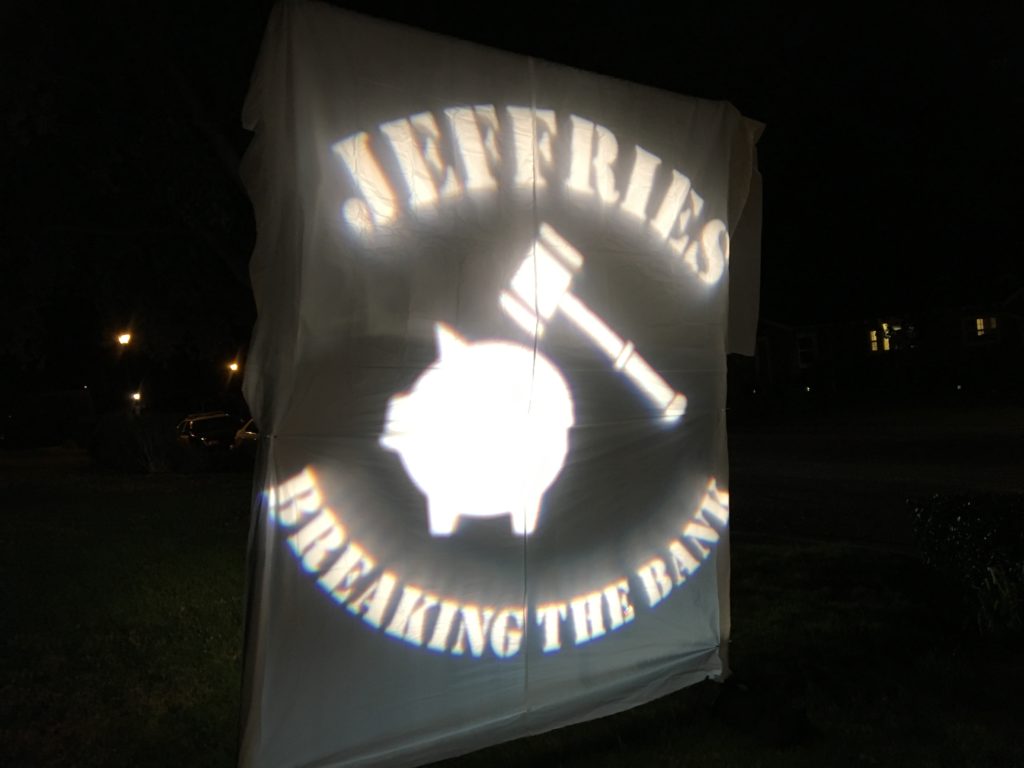