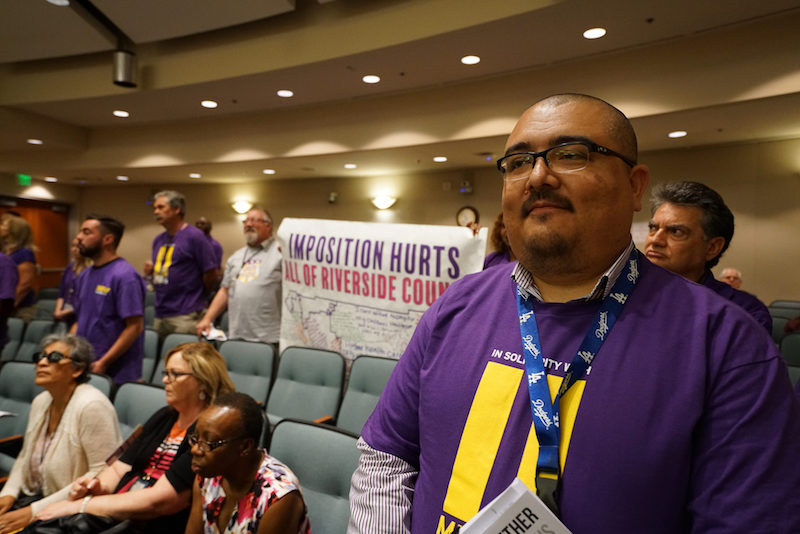 Throughout the Riverside County contract “bargaining” process, the County has tried its best to impose an unacceptable (seriously, they’re trying to charge us for parking) “last, best and final” contract on us – piling up 34 unfair labor practice charges in the process.

The County managed to impose on the Sheriffs in October, but we’re rolling into June with our step advances, healthcare and parking still intact, because we refuse to give in to the County’s unfair practices.

We’ve long maintained that, because of the County’s bad faith bargaining, impasse was declared early and unlawfully and, therefore, any imposition would be illegitimate until the court ruled that we were legally at impasse.

Tuesday morning, a superior court judge found in our favor! The judge granted a temporary restraining order barring the County from imposing.

On June 26, 2018, we will have a hearing on whether the court will continue to enjoin the county from imposing until our ULPs are resolved.

Despite the County’s best efforts (and untold dollars spent on the Zappia Law Firm, which has represented the County throughout its recent efforts to undermine our union), we’re continuing to fight and win! Stay tuned for further updates.

I am happy. People sometimes feel that the Union does nothing for us, but I am proud to be involved in our Union and our fight. When we fight we WIN!!!!

Good for you guys! I work at the same County, but we’re getting screwed! Keep up the fight!