COPE Members who work at the various County Jail facilities came out en masse to make their voices and issues heard. For months, members at Twin Towers and Men’s Central Jail, CRDF, NCCF, and other facilities have been locked into a fight to procure greater safety protections for civilian workers and they have also mobilized to collect bonus back pay from the Los Angeles Sheriff’s Department.

There was no sidestepping of the safety issue at the Sheriff Town hall — members from the County Jails made it very clear that civilian worker safety has to a be priority. 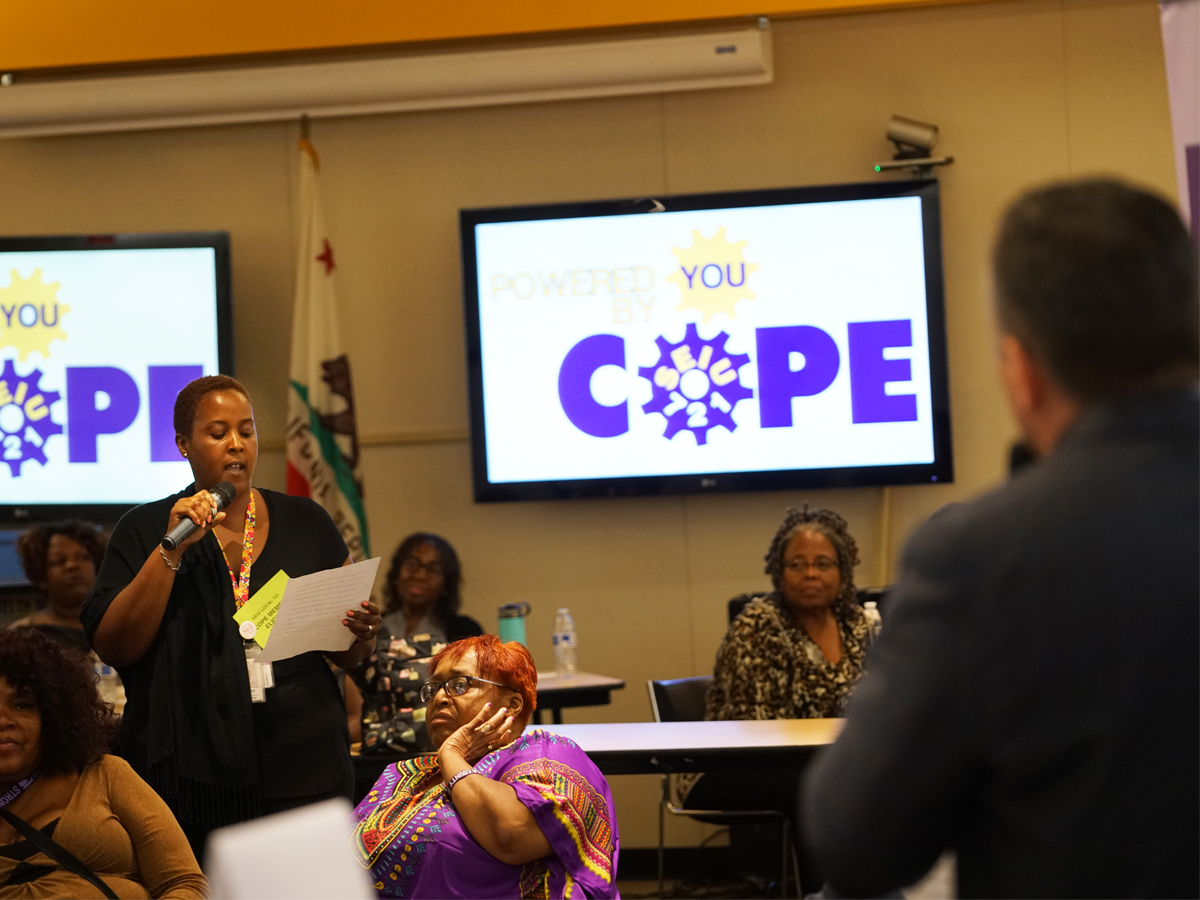 “We work for a population that unfortunately has multiple disorders which includes patients with acute mental health illnesses, substance abuse, and sexually transmitted diseases. We as medical staff are standing between the inmate/patient and the deputy,” said Valencia Garner, an RN in the Jails and SEIU Local 721 Executive Board Member.

“What tools and support are you willing to give line staff so that safety of our patients/staff and access to care is paramount?” she added.

Twin Towers, CRDF, and NCCF facilities have been ground zero for the Safety Check events held last Spring to identify and document the on-going safety crisis impacting SEIU Local 721 members working within the jails. The Safety Checks came on the heels of members filing an unprecedented multi-union grievance against LA County over the safety issues.

The massive grievance and member actions have led to the creation of a Safety Committee with top brass from both the Sheriff’s Department and the Department of Health Services (DHS), and the first of a series of jail facilities “walkthroughs” with decision makers. 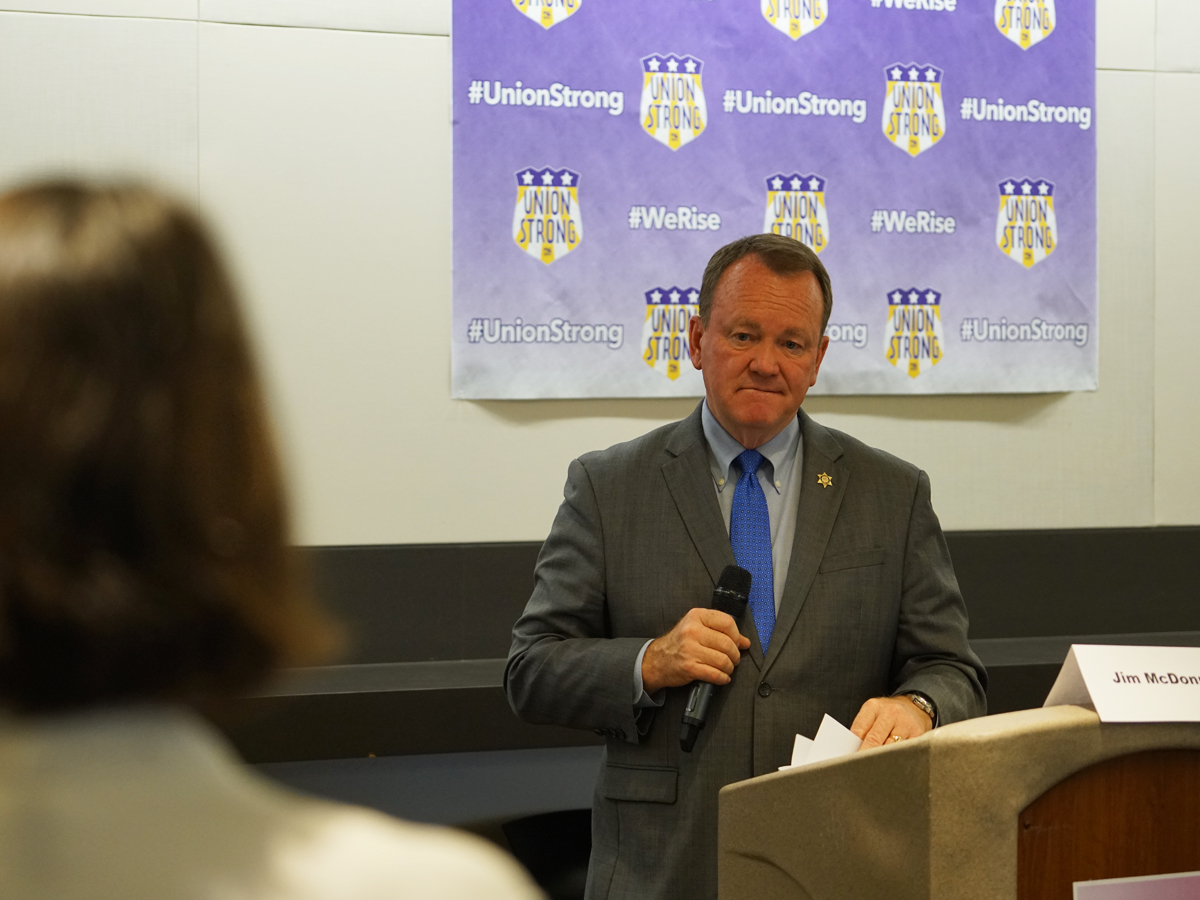 “What is your plan to improve the quality of your jails? Such as the smells, rodent infestation, bad air, insect bites, old equipment, and broken-down equipment,” asked Jails RN Alice Burston.

Members made it very clear at the Sheriff Town hall that whomever wins the upcoming November election must work with SEIU Local 721 to tackle this crisis head on. They’re tired of being gassed at the alarming rates and getting locked into cells with dangerous inmates, and being exposed to unhealthy workplace conditions.