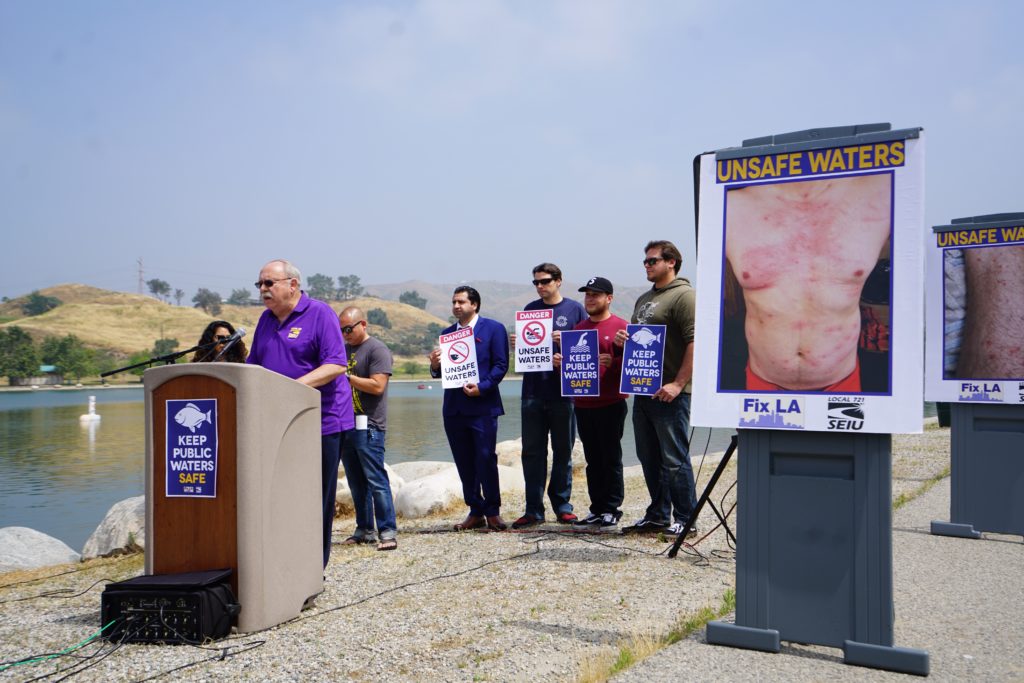 With summer approaching, lifeguards from the City of Los Angeles are sounding the alarm on “cercarial dermatitis” outbreaks – better known as “swimmer’s itch” – caused by water-borne parasites at the Hansen Dam Recreational Lake in the San Fernando Valley. Lifeguards are demanding immediate testing of water at the adjacent Aquatic Center and a prohibition of access to the lake until it is safe.

“Despite us lifeguards raising serious concerns about the water quality at the Hansen Dam Recreational Lake, we were simply ignored and told it was ‘safe’ to go in during a mandatory open water skills testing on April 27,” said Jasper Kim, a 13-year veteran based out of the Hansen Dam Aquatic Center and who has suffered severely from cercarial dermatitis. “Lo and behold, 20 of us were immediately striken with a nasty case of body rashes and had to seek immediately medical attention. My body welted up with red bumps and blisters, which I still have not recovered from and I am currently taking medications for.” 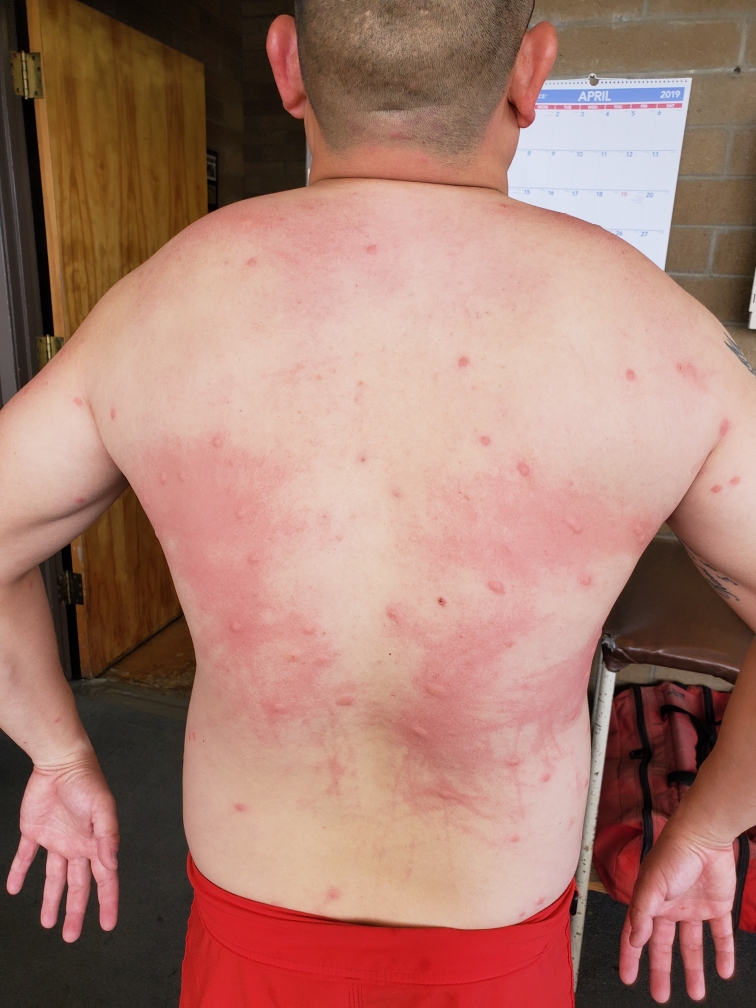 The parasites that cause swimmer’s itch normally life in waterfowl and some animals. According to the Centers for Disease Control, the affliction is caused by parasites from infected birds, mammals and snails. When the parasites come into contact with humans, they burrow into skin, causing an allergic reaction and rash. Humans aren’t suitable hosts for cercarial dermatitis, so the parasites soon die while in the skin.

Open waters skills testing for LA City lifeguards normally is held at Cabrillo Beach. It was closed in late April. So city management prepared to hold the test to Hansen Dam Recreational Lake, despite the LA City Department of Recreation and Parks having placed restrictions – for years – on entering the lake unless for emergencies. 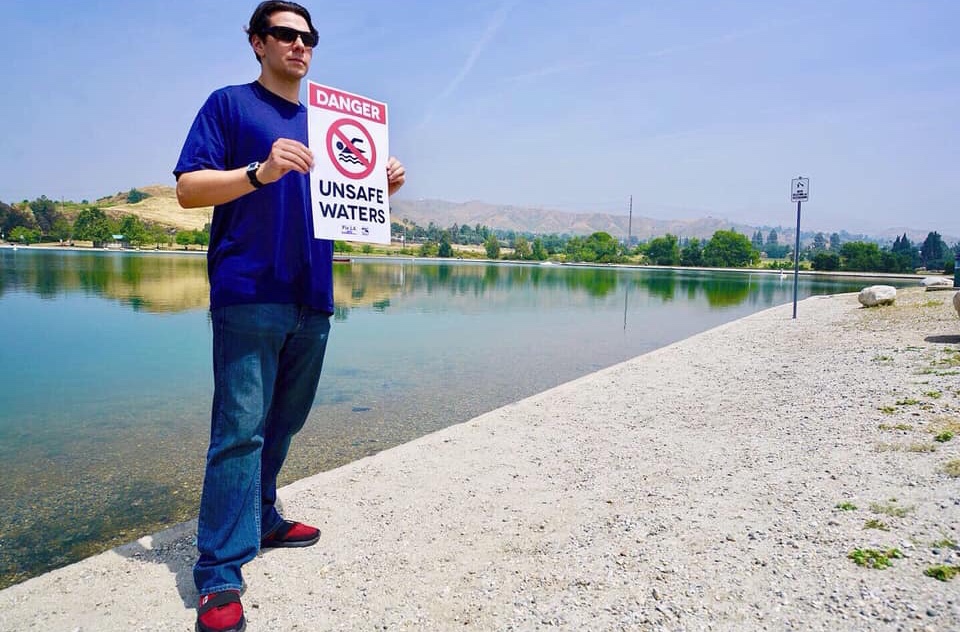 In anticipation of this move, Kim raised concerns – in writing – weeks in advance, citing the lack of appropriate water quality testing for parasites at Hansen Dam Recreational Lake. Management completely disregarded his and his co-workers’ concerns, resulting in cercarial dermatitis infections for at least 24 lifeguards.

“My body welted up with red bumps and blisters, which I still have not recovered from and I am currently taking medication for,” Kim said.

To add insult to literal injury, LA City Department of Recreation and Parks management refused to allow Kim and his co-workers to use Sick Days while treating his medical condition.

“I was told I could not use my sick days, and simply had to work in another part of the city as I recovered from the infection – or simply take a vacation,” Kim said.

Kim and his fellow co-workers have filed a formal grievance to demand accountability and to ensure that the public is properly notified about water quality at the Hansen Dam Recreational Lake as well as other water recreational facilities throughout the City of Los Angeles.

“Nobody should have to get sick with welts and rashes just to do their job,” said Bob Schoonover, President of SEIU 721 and SEIU California. 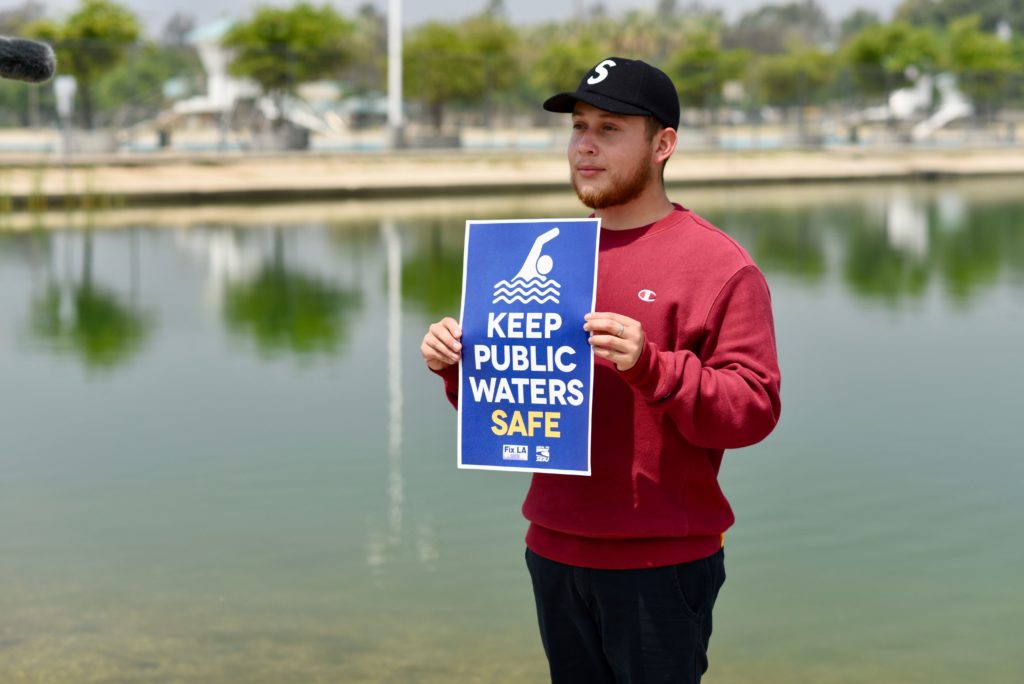