Members working in various LA County departments turned out in full force at today’s Board of Supervisors meeting to demand greater transparency and accountability throughout the Los Angeles County Employees Retirement Association (LACERA) – and to demand that their hard-earned retirement dollars be protected. 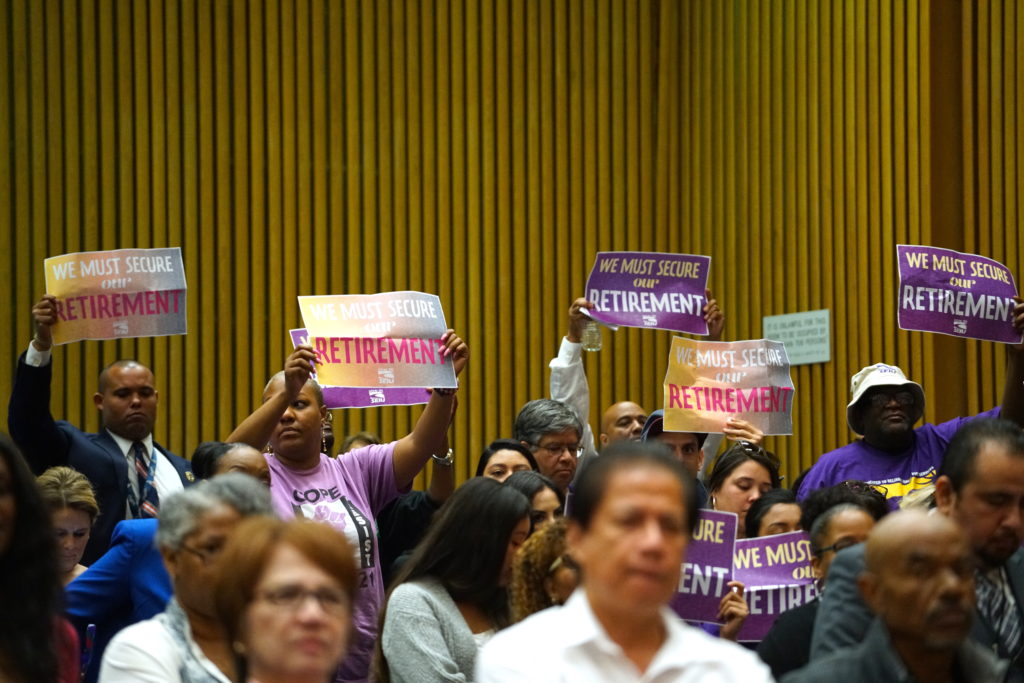 The previous CEO of LACERA – Lou Lazatin – was abruptly dismissed after just a few months on the job, creating an atmosphere of instability and increasing the risk of staff turnover at a financial agency which typically prides itself on stability. LA County members felt unsettled by the move. 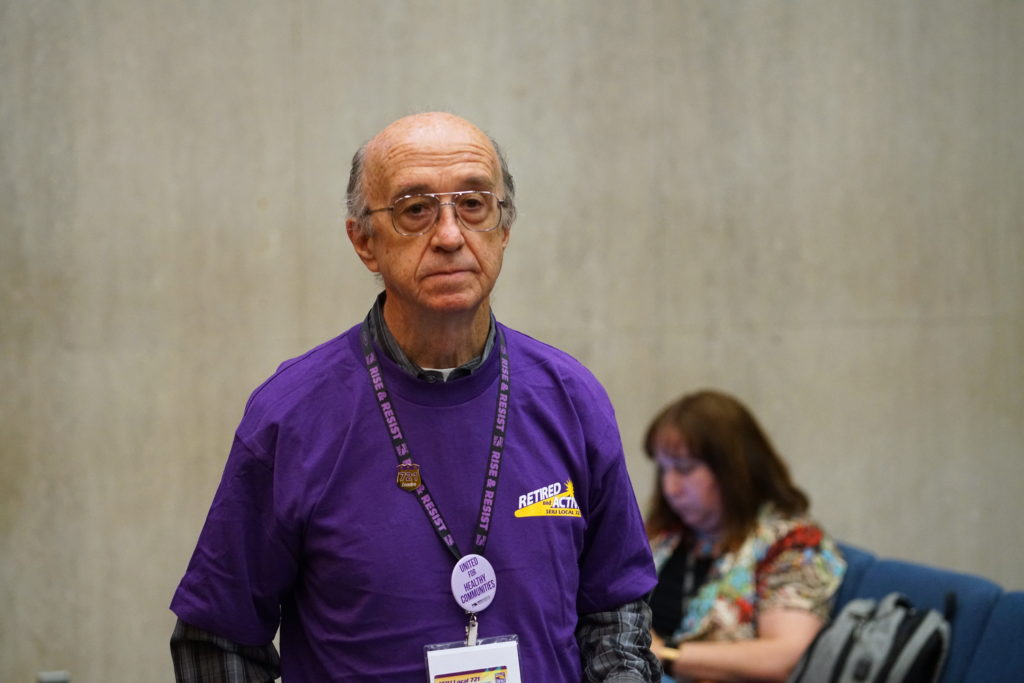 “This decision came without warning,” said Keenan Sheedy, a former LA County employee who worked as a Patient Financial Services Officer at the Department of Health Services and who remains active with SEIU 721 in his retirement. “To date, no justification has been offered. At no time was there any indication that her leadership was anything other than exemplary. Her dismissal raises some serious red flags. Financial agencies typically do not operate in such a volatile manner.”

Members are demanding that the search for a new LACERA CEO include Board Members elected by the LACERA General Membership. 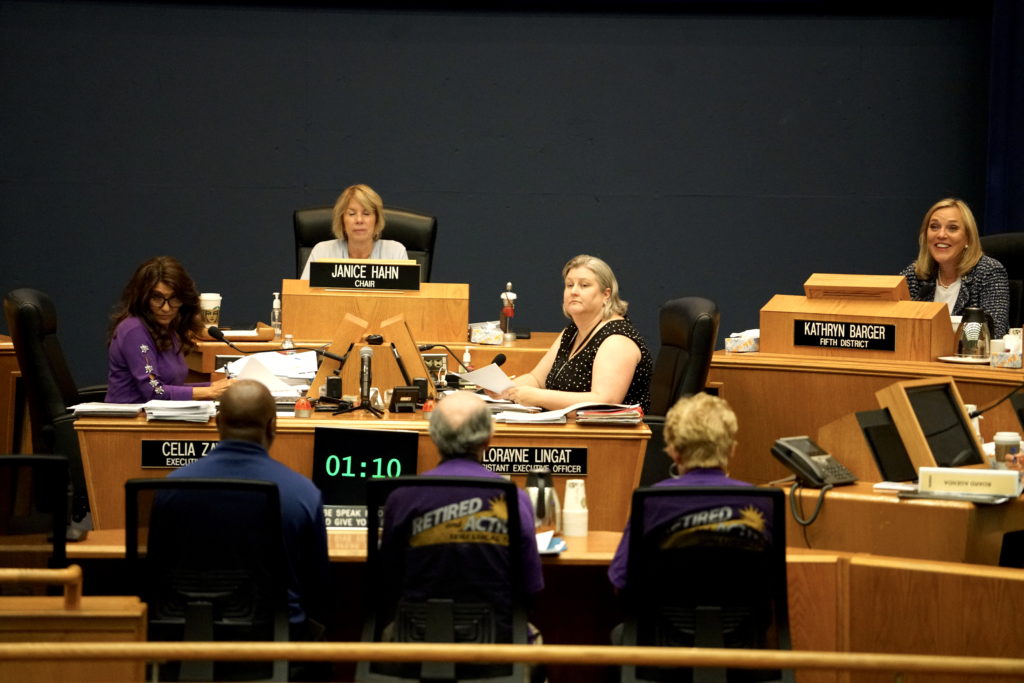 “Is LACERA playing politics with our retirement?” asked Donna Meredith, a former LA County employee who worked as a Senior Cashier for the Registrar-Recorder and is still active with SEIU 721 during her retirement. “Does turnover and instability put our retirement fund at risk? Will the next CEO be chosen based on qualifications or political affiliations? We don’t know the answers to those questions.” 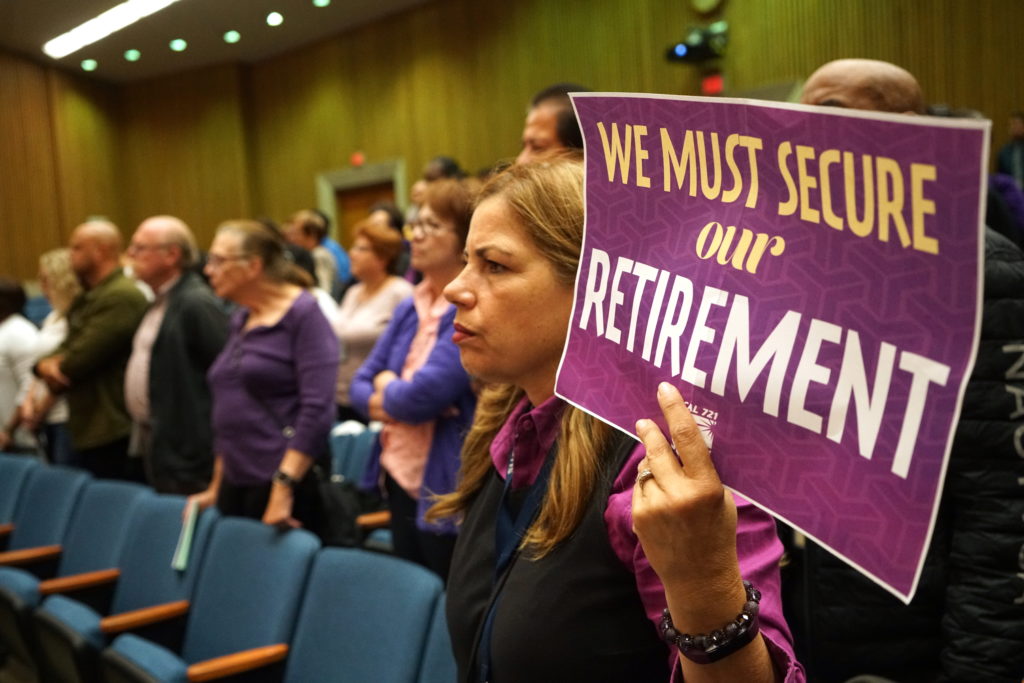 “Public dollars keep LACERA going,” said David Dunbar, a Secretary II at the Department of Public Social Services and a key member of BU 111. “Yet the sudden dismissal of LACERA’s CEO – with zero explanation – seems to indicate that they don’t feel they are accountable to anyone. That needs to change. LACERA is our retirement fund. But recent events have shown that it is being treated more like a private equity fund – unaccountable to the public. That cannot continue.”

Ultimately, all five members of the LA County Board of Supervisors voted unanimously on a motion co-authored by Board Chair Janice Hahn and Supervisor Hilda Solis:

It was a big victory for our Union. LACERA is our retirement plan. Our life savings represents a lifetime of hard work. We will fight to protect it – and when we fight, we win.

Los Angeles County has failed as an employee 18 yrs of service just to be look over and harassed . looking at people that have gotten promotions with no experience . Our Union is no help these days