By now, most everyone has heard about the death of Noah Cuatro, a four-year-old Palmdale boy who passed away over the Fourth of July weekend under circumstances that authorities are calling suspicious.

An investigation into Noah’s death is still underway. But, already, some are trying to scapegoat LA County DCFS social workers for the tragedy.

We won’t stand for any of it.

Our Union is appalled by what happened to Noah. His death should not have happened. His surviving family is suffering an unimaginable loss.

Noah’s tragic end has renewed the call for accountability in our child welfare system. Many people across LA County are demanding answers.

This includes members of the LA County Board of Supervisors, such as Sup. Kathryn Barger. Her district includes Palmdale, where Noah lived, and she had a lot to say at the board meeting this past Tuesday.

Click on the image below to hear Sup. Barger describe how, “The days of reporting back are done.” (Sup. Barger’s remarks begin at the start of the video.) 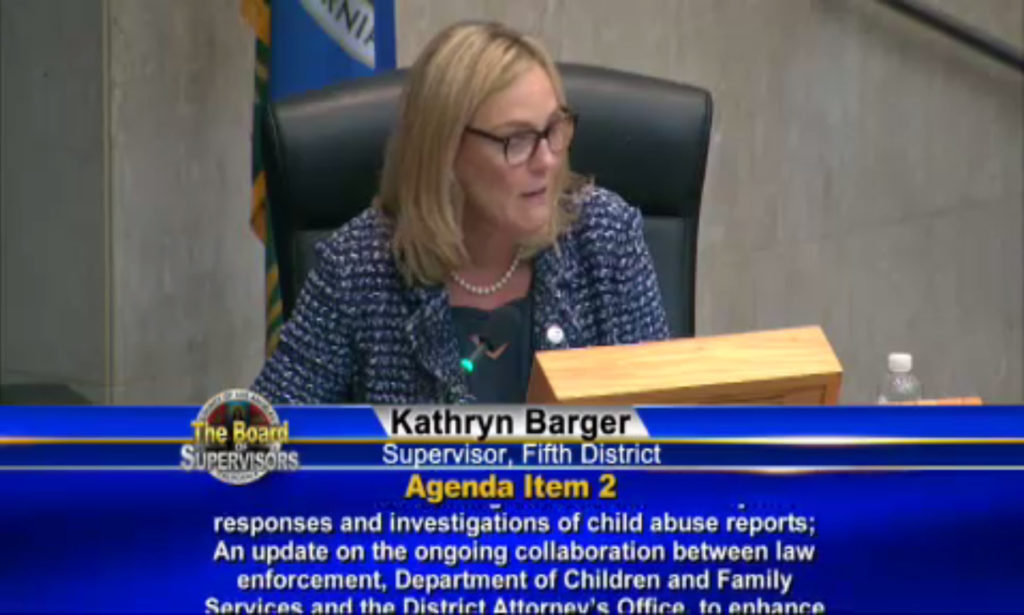 Fourth District Sup. Janice Hahn, who serves as Chair of the Board, also voiced concerns.

She noted the role that judges play in child welfare proceedings. She also inquired about the judge’s handling of Noah’s court case.

Click on the image below to hear Sup. Hahn describe how, “There were initially some things that went wrong with the judge in the courts.” (Sup. Hahn’s remarks begin at 00:48.) 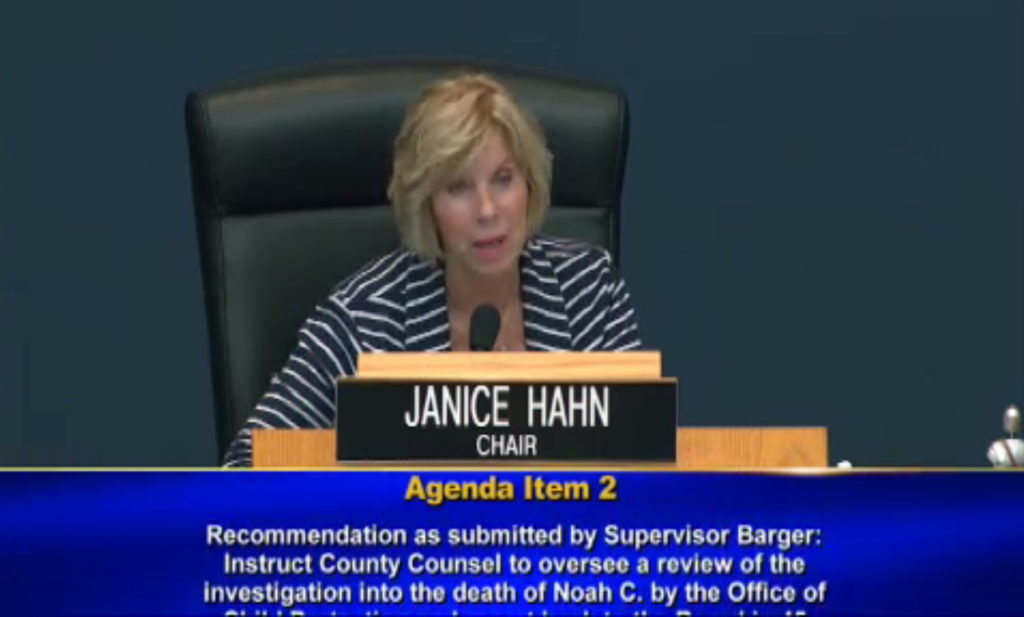 Ultimately – after hearing from all four County Supervisors present as well as Dr. Christina Ghaly of the Department of Health Services, Bobby Cagle of the Department of Children and Family Services, and Judge Michael Nash of the Office of Child Protection – it was our Union’s turn to speak. David Green, SEIU 721 Treasurer and a Children’s Social Worker with DCFS, testified on our behalf.

He expressed what many of us were feeling: That scapegoating DCFS social workers is not an acceptable substitute for taking responsibility for what happened to Noah. He also made sure to set the record straight on the social worker’s involvement in the case.

Click on the image below to hear David Green clarify how, “The children’s social worker on the front line in this case did everything right. But to read the headlines in the media, she’s the villain. And, in fact, this social worker worked like a hero to protect Noah.” (David Green’s introduction and testimony start at 02:28.)

When the meeting concluded, all four supervisors in attendance voted unanimously to support Sup. Barger’s motion to do a “deep dive” into Noah’s case to identify ways to reform the system. This includes the possibility of bonus pay to incentivize social workers, supervisors, medical personnel and mental health professionals to work in the Antelope Valley – a challenging commute for many.

But it’s also important to highlight how so much of the official conversation on Tuesday revolved around caseloads and the need to reduce them further. Remember: The reason caseloads are anywhere near manageable today is because our Union fought this fight for years – and we refused to give up.

Our front-line social workers never needed a state study or a blue-ribbon commission report to tell us what we already knew: Only by reducing caseloads can we truly make our system work the way LA County residents rightfully expect it to.

It’s not an excuse. It’s reality. We’ve always been willing to face it. But we’re glad others are finally seeing the light because we cannot turn a blind eye to the truth if we’re serious about protecting children and families.

For so many SEIU 721 social workers, keeping kids safe isn’t just our job – it’s our mission. Our Union is determined to help us fulfill it. As we protect kids in our care, so will SEIU 721 protect us. It’s one of the many reasons we’re staying #UnionStrong.

Absolutely, as a social worker myself I have to fight daily against our own judges and higher ups to ensure child safety. Enough is enough . Social workers need to stand up and speak out about what’s really going on.

I myself am a Children’s Social Worker and the truth is we are at a constant battle with our own judges and minors attorneys. We work effortlessly for child safety but at the end of the day it’s the court who has the ultimate say.

What about the Eligibility Workers ??? We also have a caseload. Which is against our MOU.