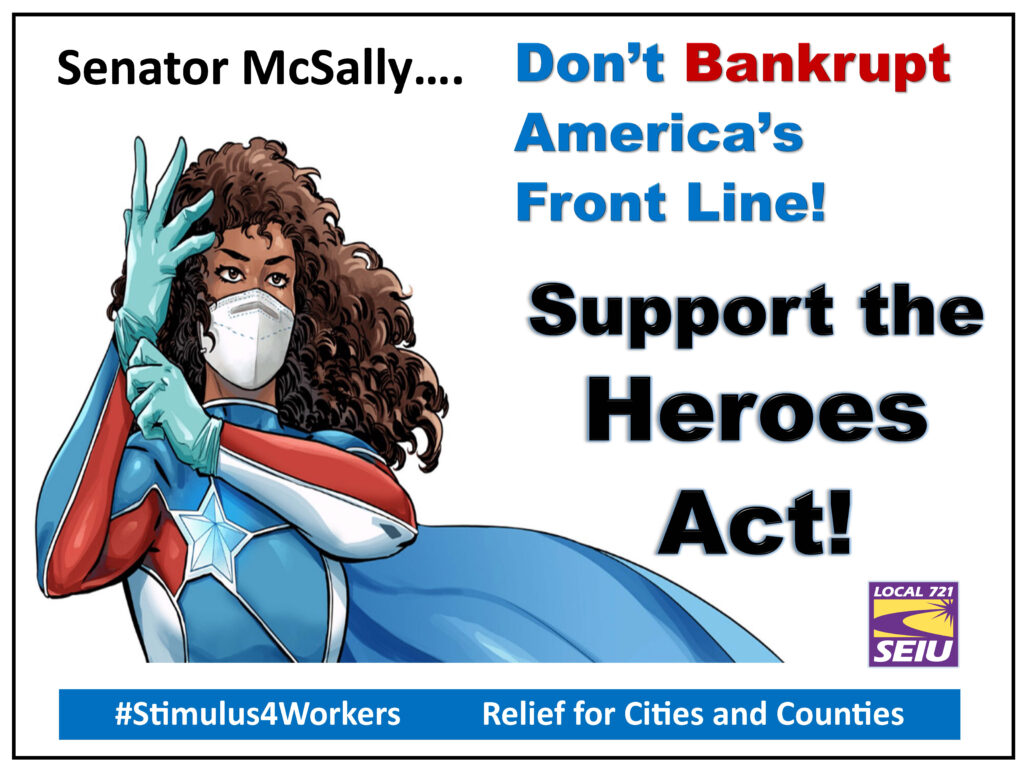 Furloughs and Layoffs in LA County?!
We Can STOP Them by Getting Congress to Pass the Heroes Act!

Q:     Why is LA County CEO Sachi Hamai talking about furloughs and layoffs?

A:        The COVID Emergency resulted in closed businesses in LA County and hundreds of thousands became unemployed. As a result, sales tax revenues, which the County depends on to fund jobs and services, have plummeted.

A:        We must work together to get our Senators to do the right thing! Congress recently passed the Heroes Act, a stimulus bill. In addition to providing a second round of $1200 payments to workers, it would also direct nearly $1 trillion to America’s states, cities, and counties. If the Heroes Act passes, it could resolve LA County’s budget crisis. The problem is – getting it passed in the US Senate. Senate President Mitch McConnell suggested to let local governments just “declare bankruptcy.”

A:        Our Senators in California, already support the Heroes Act. They’re not the problem. But in neighboring Arizona, Senator Martha McSally, has not been supportive. She doesn’t care what we think here in California. But she’s in a tough re-election campaign, so she does care about the voters of Arizona. We will contact union members in Arizona and connect our brothers and sisters to Senator McSally’s office so that they – the voters of Arizona – can deliver the message: Don’t Bankrupt America’s Front Line!

We need every member to join our Digital Union Voices today! Text VOICES to 31996.

Digital Union Voices will be asked to take action – though emails, calls and social media – at a moment’s notice. Text VOICES to 31996 and take the 30 second survey to let us know what social media platforms you are on.