SEIU 721 members and their families joined Black Lives Matter, interfaith leaders, and labor and community groups for a funeral procession and memorial service Downtown Los Angeles honoring George Floyd and demanding justice for those killed at the hands of law enforcement. 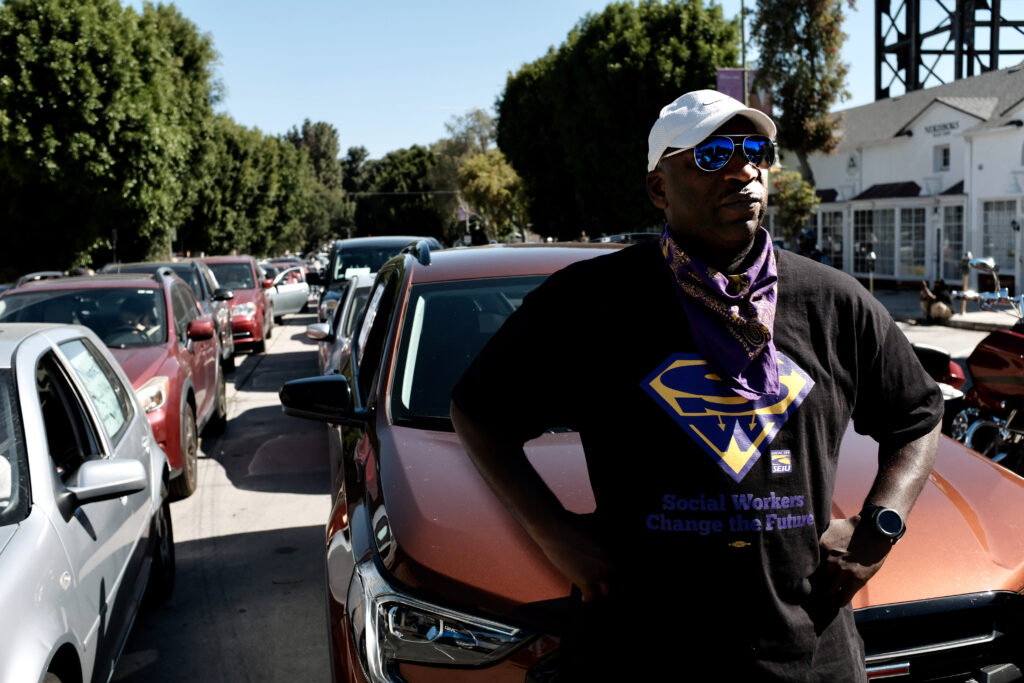 The funeral procession, which began in Leimert Park in South Los Angeles, was led by a hearse and motorcycle escort, with hundreds of cars following behind.

At the same time, hundreds joined funeral processions from Santa Ana, Long Beach, and the San Fernando Valley, which all converged on a massive memorial service in Downtown LA.

As coffins and floral arrangements were staged at the intersection of 1st and Broadway to memorialize the sisters and brothers we’ve lost, clergy leaders emphasized the urgency of the moment, and our moral responsibility to stand up to injustice. 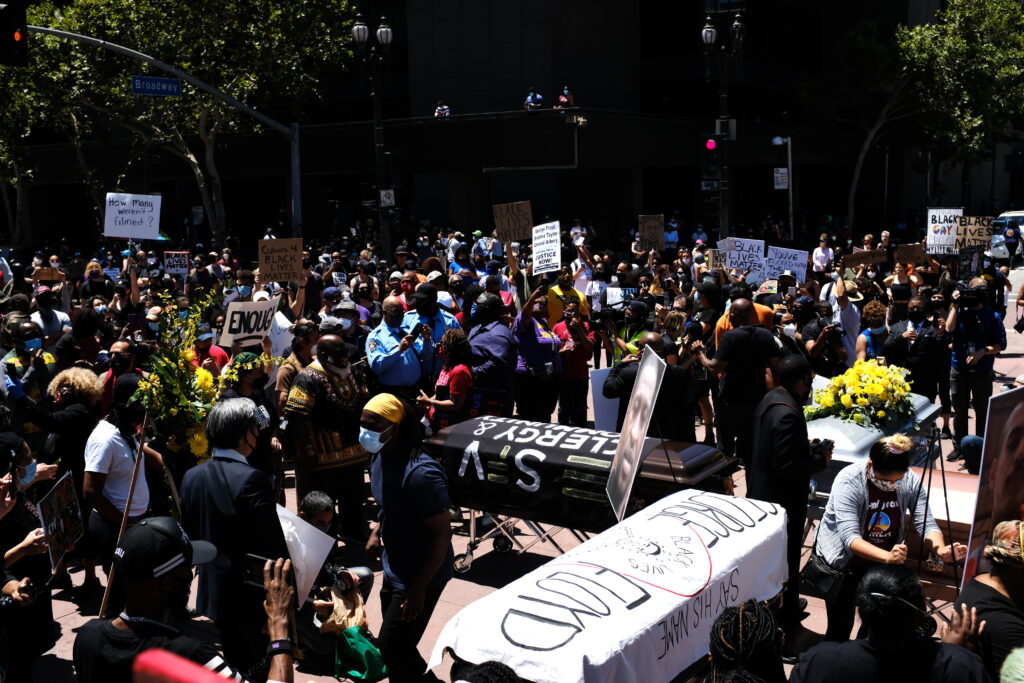 “As a labor union, we know that racial justice and economic justice go together,” said Green.

“One impacts the other. So, we fight against both, because we remember what Dr. Martin Luther King, Jr., famously said: ‘An injustice anywhere is a threat to justice everywhere.’” 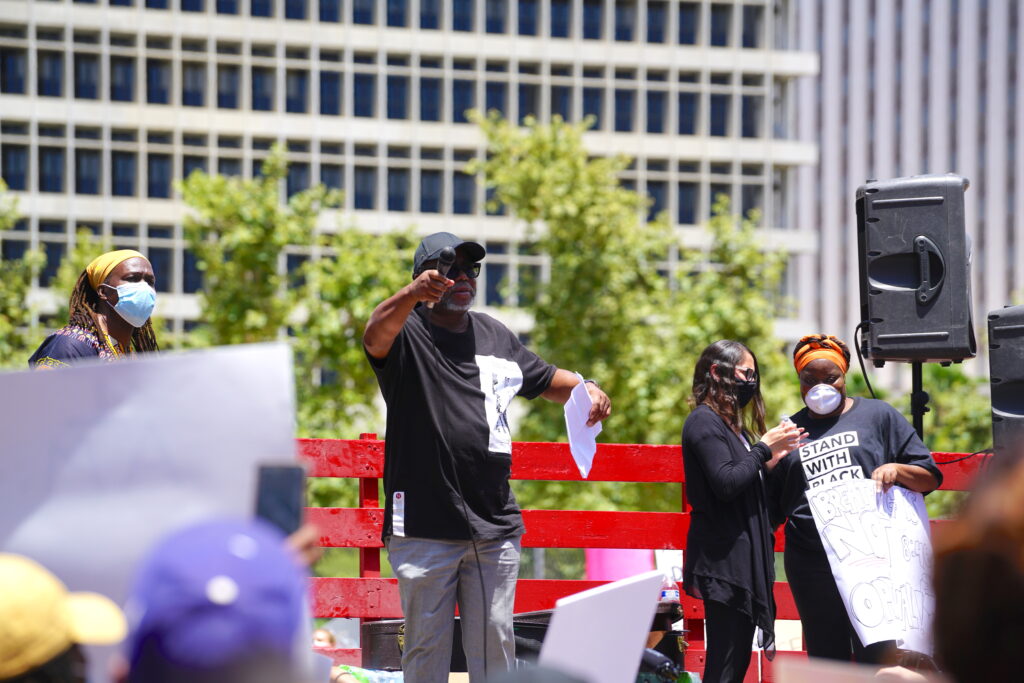 SEIU 721 will continue to fight alongside our community allies to dismantle systemic racism and put an end to the epidemic of police brutality that has cost too many of our sisters and brothers their lives.