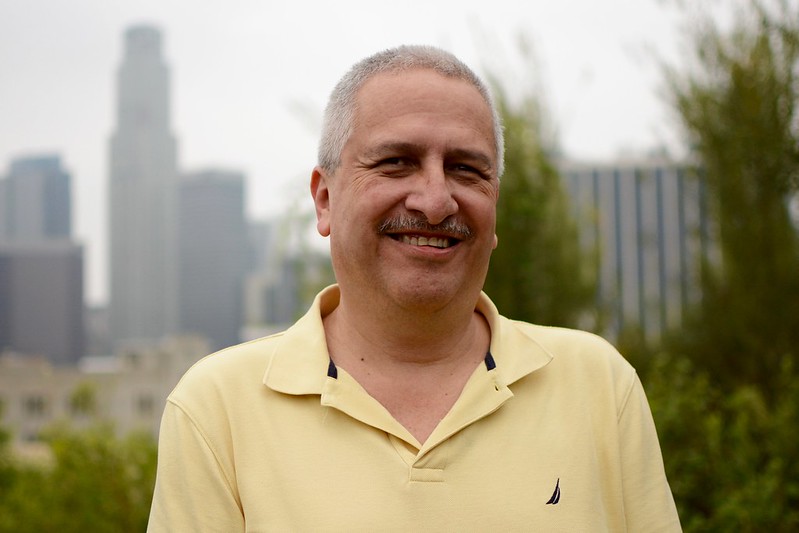 “It’s all about the members.”

That’s the mantra of Adolfo Granados, who started his SEIU 721 activism as a Shop Steward while employed as an Eligibility Worker at the LA County Department of Public Social Services and recently became­ our union’s new Treasurer.

His focus? Consistently reminding all of us that “this is a member-driven union, that the members run it,” he said.

“The members need to understand that, when they say, “The union did this,” we are the union,” Granados explained. “The pay, the benefits, the bargaining, the vacations, the holidays, Cesar Chavez Day at LA County – the union did this. And the members are the union. With new members, I ask them, “What brought you to the job?” Usually, it’s the good pay and the benefits. I educate them on how it wasn’t the county that did that for you – that was union bargaining. That’s why the most important thing is the education of the members.”

Granados first became more deeply involved in SEIU 721 activities when he began working for LA County as a Clerk at DPSS’s West Valley Office in Chatsworth 22 years ago, soon becoming an Eligibility Worker.

“There were all kinds of issues in the office with management,” Granados recalled. “I saw what management was getting away with. I have high expectations, so I became a Shop Steward myself.”

After moving to the DPSS Florence Office, Granados soon resumed his Steward duties and began working closely with staff from SEIU 721 to better get to know the union and better serve the members.

“That’s where I met Hugo Camacho,” Granados remembered, referring to one of SEIU 721’s most dedicated worksite organizers. “He would go to my house, pick me up and take me to events. That’s when I really got to know the union.”

Granados’ experience as a steward eventually led to deeper union involvement, including Regional Council membership, Executive Board membership and more.

“Environmental Justice, the Fight for $15, Fix LA – anything that was happening, I was happy to be there,” he said.

Now, he’s hoping to encourage more members to get involved.