It’s quite an exciting time in our nation’s history to be commemorating Latino Heritage Month, especially as the reenergized union movement continues to gain ground.

Over the past several decades, Latinos have grown to more than 11 percent of California’s population over the past decade, comprising for more than two-thirds of the state’s population growth. Latinos make up a massive amount of the workforce, particularly the service sector – where jobs historically are underpaid and non-union.

This is exactly where our new union recruitment has found fertile ground, with big gains in everything from the “Fight for $15 and a Union” to the effort to mobilize rideshare workers in the Gig Economy at places like Uber, Lyft and DoorDash. 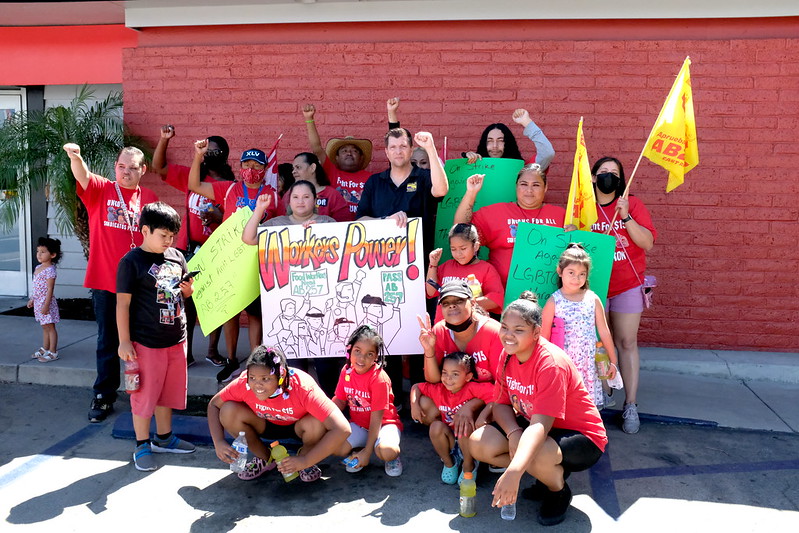 Most recently, fast food workers secured a huge victory when the FAST Recovery Act (AB 257) became law, transforming working conditions and wage opportunities for fast food workers across California, many of whom are Latino. It’s a tremendous success that further motivates us at SEIU 721 to organize in Latino immigrant communities.

A rising tide lifts all boats. That’s why we’ll always stand against the race to the bottom on the backs of workers and stand firm for comprehensive immigration reform. 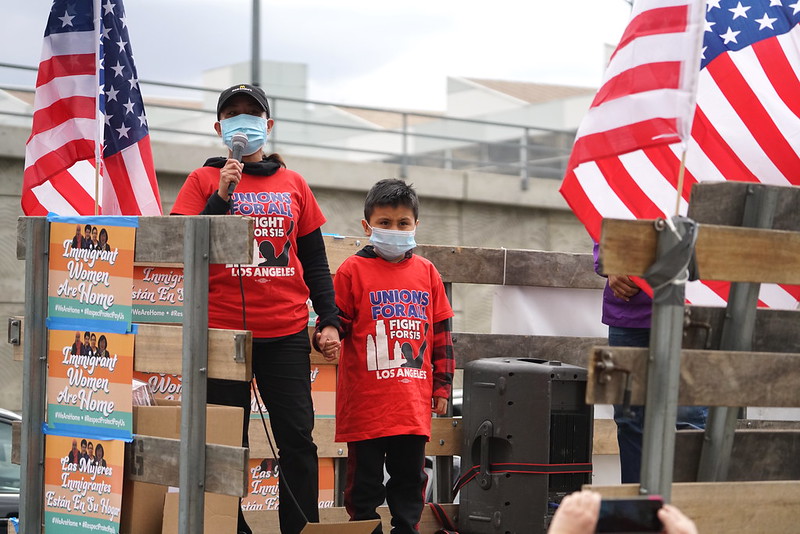 Our union doesn’t just talk the talk – we walk the walk. We stand against these injustices every chance we get, holding numerous PPE and humanitarian relief drives while taking direct action in the streets when necessary. 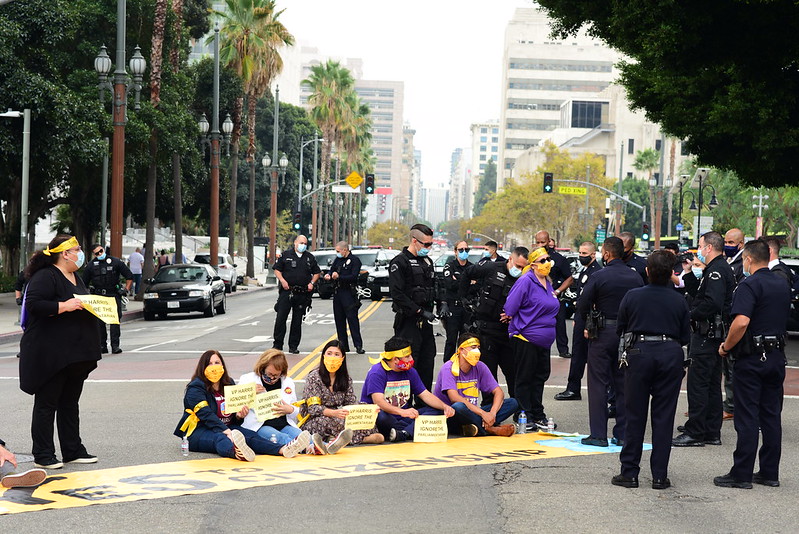 During the pandemic, Latinos have played a heroic role, serving on the frontlines of the COVID response in big numbers. This is particularly true in the public sector, as SEIU 721’s very own membership rolls attest. But it’s also reality throughout the network of smaller healthcare providers that people depend on. 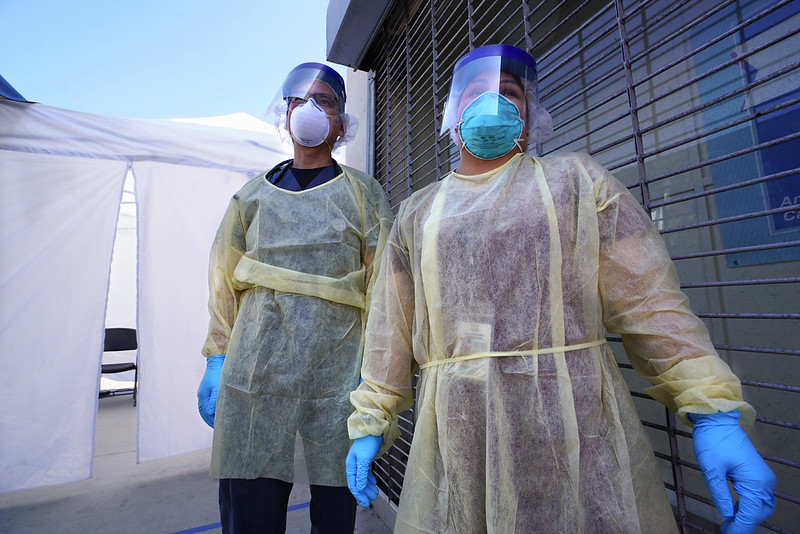 Mass COVID testing and vaccinating at Clinica Romero in the heart of working-class Los Angeles and St. John’s Well Child & Family Center in South LA could not have been done without Latino labor.

Similarly, the effort to win a fair contract at the Watts Health Center – whose personnel continue to be an important part of the COVID response in South LA – could not have been achieved without a Black-Latino show of force. 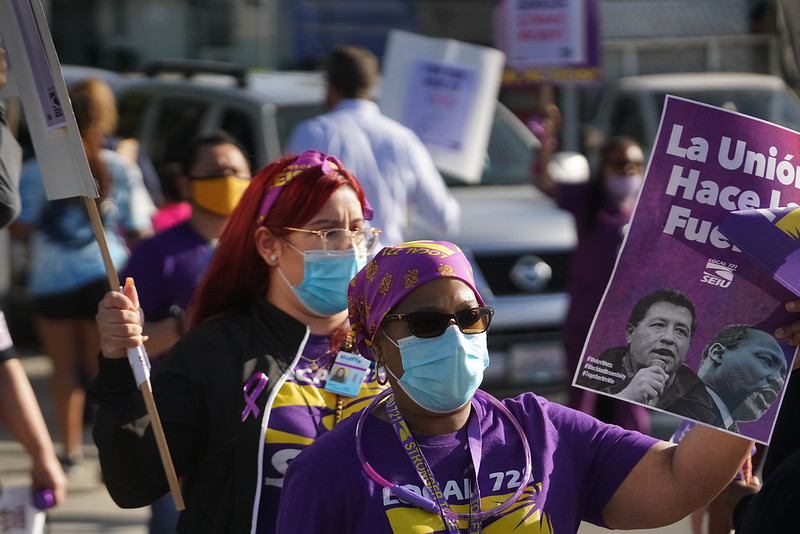 It makes sense why Latinos at Clinica Romero, St. John’s and the Watts Health Center fight so hard to keep their union and Latinos at the Clinicas del Camino in Ventura fight so strategically to get one; unsurprisingly to those of us in the Labor Movement, Latinos working with a union contract during COVID have found themselves better off than those without a union.

At our union, we’re happy to be a welcoming place for our Latino Brothers and Sisters in the Labor Movement and we’re proud to say so as we embark upon Latino Heritage Month. ¡La lucha continua y hasta la victoria siempre!