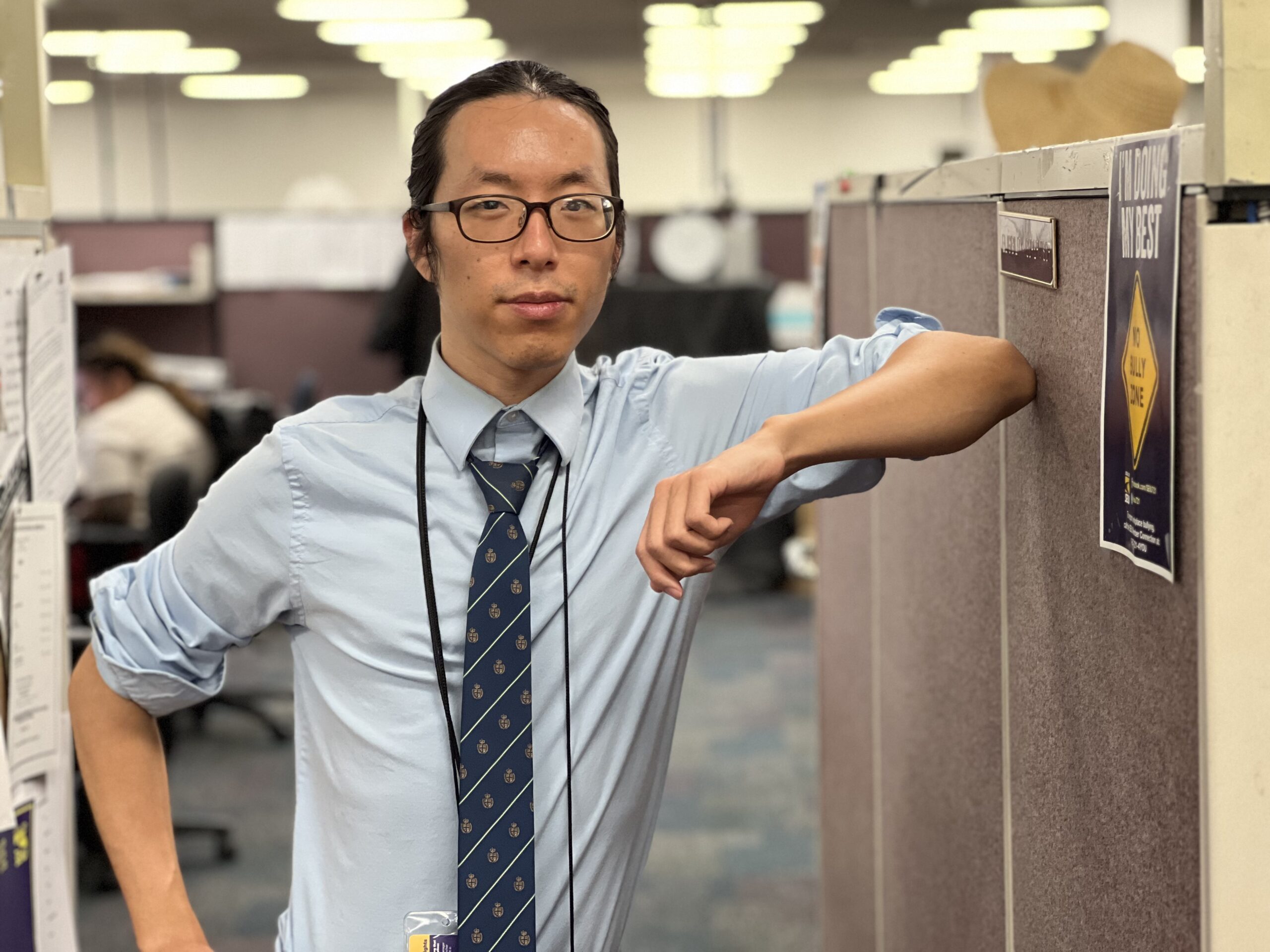 When it comes to unions in the US today, Paul Kim is optimistic: “We can only go up from here.”

An Eligibility Worker II at the LA County Department of Public Social Services’ South Family District Office 31, Kim is from a new generation of Union Stewards at SEIU 721 eager to take part of re-energized Labor Movement sweeping across America and beyond.

“We’re seeing Starbucks unionize – that’s a huge one,” Kim noted. “Even the video game company Blizzard, or at least the Quality Assurance people there. As Millennials, most of your friends’ parents didn’t work union jobs or talk about what unions were. Most people my age didn’t care about union jobs. But now, it’s come out of nowhere. In Buena Park, who would have thought Medieval Times would unionize? Even people I went to college with, it might be a small workplace – they’re signing up for union elections. It’s great to see and it gives me lots of hope. And it’s also not just the creation of the union but that they get fair contracts.”

“I was really interested in unions and labor before I got hired,” Kim continued. “Even before I became a Steward, I was trying to join the API Caucus – I’m Korean-American. I was talking with the WSO what stuff I could do in the union, and this was all during my probation. I heard about the Steward position and said, “Why don’t I do it?” I immediately signed up for classes. And a lot of people wanted me to become a Steward because they saw I wasn’t afraid to speak my mind. We need a voice here.”

Kim got hired during the COVID-19 pandemic, so that meant doing all Steward training online. But since he lived in Irvine, it worked out well for him.

“I really enjoyed the trainings and I love Earl Thompson,” Kim said. “He’s very knowledgeable. His stories are amazing and he’s an amazing model of what a Steward can be. Earl made his presence known!”

Kim officially became a Union Steward in May and found that it is, “kind of like being a lawyer. You do a lot of reading. You become very familiar with policy very quickly. And I like the challenge of it. Anything tied to work is inherently stressful – your pay, your psychological well-being, whether you want it to be or not. A lot of the actions are necessarily tied to emotion. People will become frustrated, sad or angry easily. They might not come to the best decision or say the wrong thing. As a Steward, your role is: How do we use that emotion productively so they can exercise their rights? If you rep them, you literally become their voice in a lot of those situations.”