LA County members of our union are familiar with LACERA, the agency which manages our retirement dollars to ensure we make sound investments and get solid returns. Two years ago, the LACERA Board of Investment began seating the board Chair based on seniority – and this year, SEIU 721 President David Green was up to serve as Chair.

Green recently announced that he is stepping aside as Chair so that fellow LACERA Board member Gina Sanchez may fill the post. This action makes her the first Latina to be Chair in the 50-year history of LACERA – a move which reflects our union’s firm commitment to diversity, equity and inclusion. 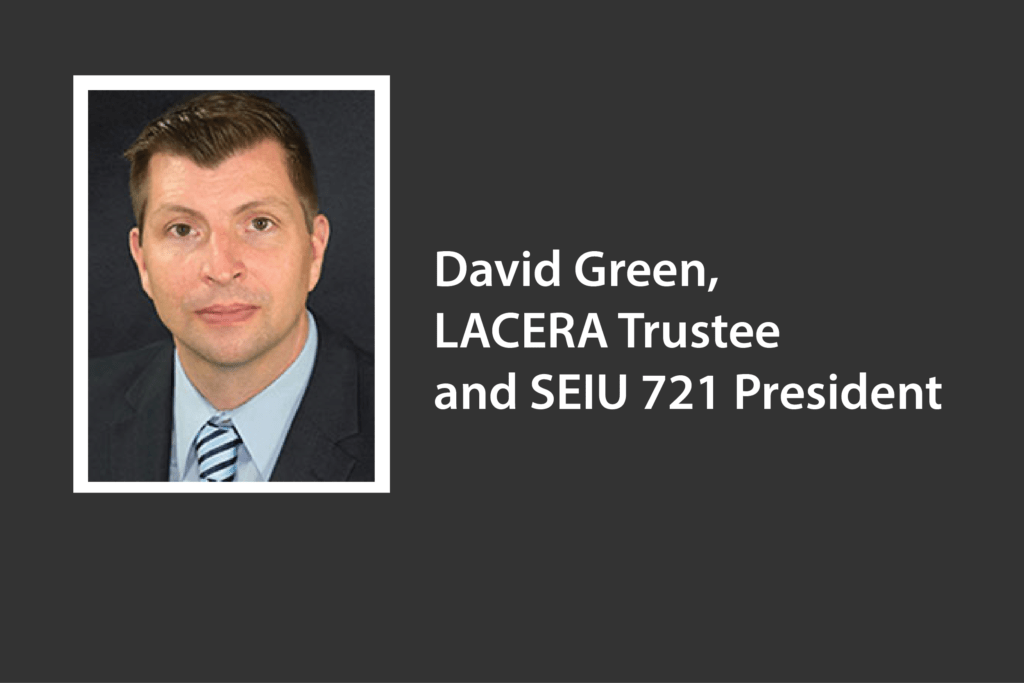 “I just also want to give kudos to my friend, colleague and brother Herman Santos,” Green said at a recent LACERA Board meeting during his “Good of the Order” speech whereupon Gina Sanchez formally assumed her new role as Chair. “I remember having lunch with him and talking about what needs to change at LACERA. So, it’s really cool for me to see his vision and dreams kind of play out in real time with Gina and everybody else.”

Gina Sanchez is an appointee of LA County Supervisor Hilda Solis of the First District. Sanchez began serving on the LACERA Board five years ago and now is in the last year of her second term.

For the past decade, Sanchez has been CEO of Chantico Global, an investment consulting firm with offices in Los Angeles and London. She also is an alumnae of Harvard University. 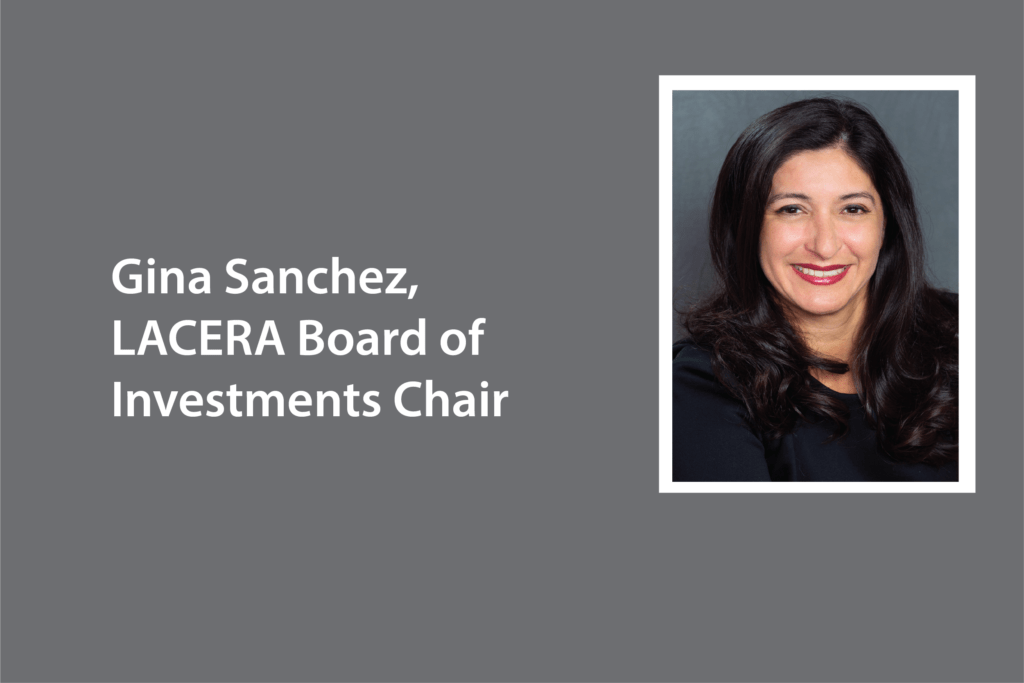 “David and Herman Santos were the two people who actively recruited me and went out of their way to make the introduction to Hilda Solis office in order to pave the way for an appointment,” Sanchez explained. “And they were committed, for over a decade, to making LACERA to do two things at the same time. They wanted to continue to professionalize the Board in terms of ensuring that the appointments were made with an eye towards skill sets and experience. But they also wanted to ensure that the Board became more inclusive. And you can see the impact of their efforts. The Board is now very inclusive. It’s one thing to say you want to have an inclusive Board but nothing demonstrates commitment to a cause like personally stepping aside in order to realize a goal.”

The import and boldness of the move was not lost on Sanchez, who felt supported both personally and professionally by it.

“From my perspective, it was incredibly comforting,” Sanchez continued. “I’ve spent my career breaking glass ceilings but I’ve been doing it with my own hammer. To have many people take out their hammers on my behalf – they’re very much heroic and have that pioneering spirit. David’s “Good of the Order” speech is incredibly motivating and highlights how important it was that, as leaders, they are leading from the back. They are leading by stepping aside to set a tone for the organization. That’s so meaningful and so genuine.”