SEIU 721 members are justifiably proud of their work. Every day, SEIU 721 members care for the sick, feed the poor, house the homeless, protect our children, and keep our streets clean and safe. We literally keep society moving.

Because we know how important it is, we think the importance of our work must be obvious to the media, the public and, most of all, the politicians who run the governments in the communities we serve. But that’s not always the case.

There is intense competition at all levels of government for limited tax dollars and intense competition for the attention of the politicians who divide up how these dollars will be spent. Corporations can afford to fund Political Action Committees to get friendly politicians elected and pay for armies of lobbyists to sway them once they’re in office. Working people can’t compete. 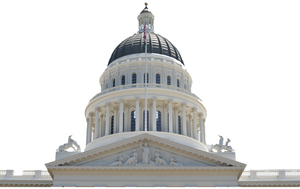 That’s why COPE (Committee on Political Education) is so important. COPE helps level the playing field by pooling the resources of thousands of working families to elect politicians who will demand that the richest Californians and big corporations pay their fair share, vote to fund vital public services and fight to protect workers’ fundamental rights.

Santa Barbara County is a prime example of why this activism matters to members. Governor Brown’s proposed 2017-2018 budget calls for 6 percent cut in the state’s CalFresh food stamp program. While an improving economy has reduced food stamp enrollees statewide, Santa Barbara food stamp rolls have jumped by 5,400 people over the past four years and now stand at 38,000. The county Social Service Director says he may have to cut 43 CalFresh staffers — nearly all 721 members — as a result.

That’s why 721 is launching a full court press to save these workers — and why the relationships and resources of our union are so important. We’re calling on the county supervisors and Santa Barbara state legislators elected with our members’ support to help. We’re using SEIU’s state council to lobby the Governor’s Office and calling on our community allies to do the same. While Santa Barbara is a fraction of the size of L.A., our union represents a quarter of all workers employed by the county. We’re going to use every tool in our member-led union to fight for these workers and remind the politicians how important their work is.