The County thought they could threaten workers for showing their union pride—wrong!

Since contract negotiations began with the County of Riverside, management has pulled every stunt in the book to break down workers and silence our united voices. Despite the County’s ruthless attacks on County employees — we’re still standing!

Earlier this week the California Public Employment Relations Board (PERB) issued another complaint against the County of Riverside for threatening workers for their participation in union activities during their lunch break and for unlawfully asking a member to cover up her SEIU Local 721 branded clothing.

The county thought they could get away with threatening workers for speaking out. Wrong! 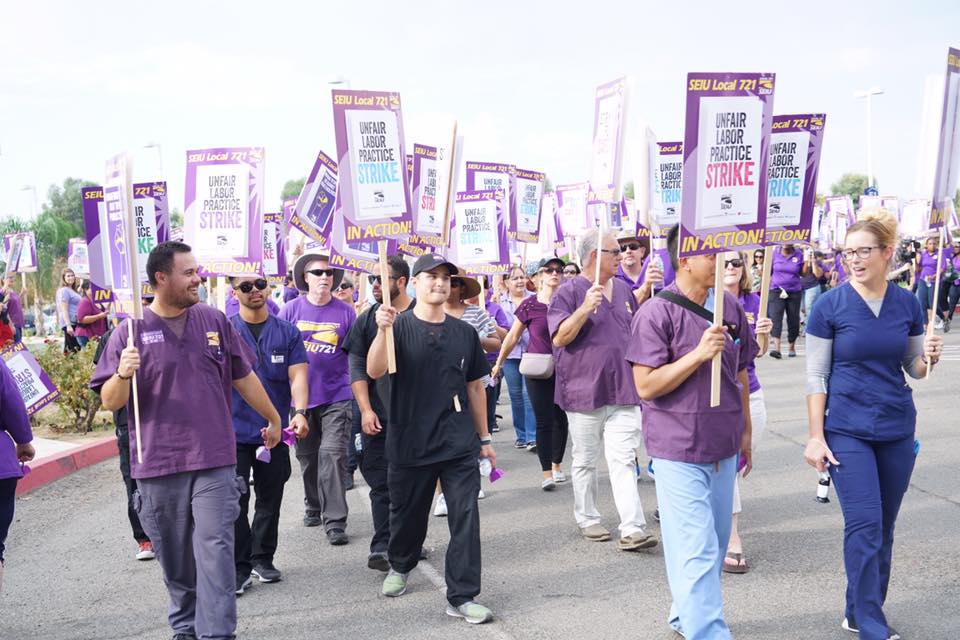 This PERB complaint makes it clear that the County attempted to silence and intimidate workers to prevent us from speaking out against their bad-faith bargaining campaign and the ballooning multimillion dollar consulting deals with KPMG.

You have every legal right to participate in union activities during your breaks including picketing and other job actions. The latest blow to the County of Riverside brings up the total of complaints issued by PERB to five with dozens of ULP charges still pending.

Chalk up another point for us County workers who have been relentless in pushing back against the County’s all out attempt to crush us. Now more than ever, we must continue to stand together to rise up and resist attacks on frontline workers and the vital public services we provide.

Against all odds we’re still standing and there’s more from where that came from!