Los Angeles— Less than 24 hours after the U.S. Supreme Court ushered in the so-called “Right to Work” era for public sector workers, hundreds of union workers from a cross-section of L.A. unions united at City Hall to denounce the court decision and show their solidarity.

The colorful display of union members standing side-by-side with community organizations and faith-based leaders from the Greater LA region made it absolutely clear that this rally marks the opening salvo of L.A. labor’s crusade to defend our turf in this new era. 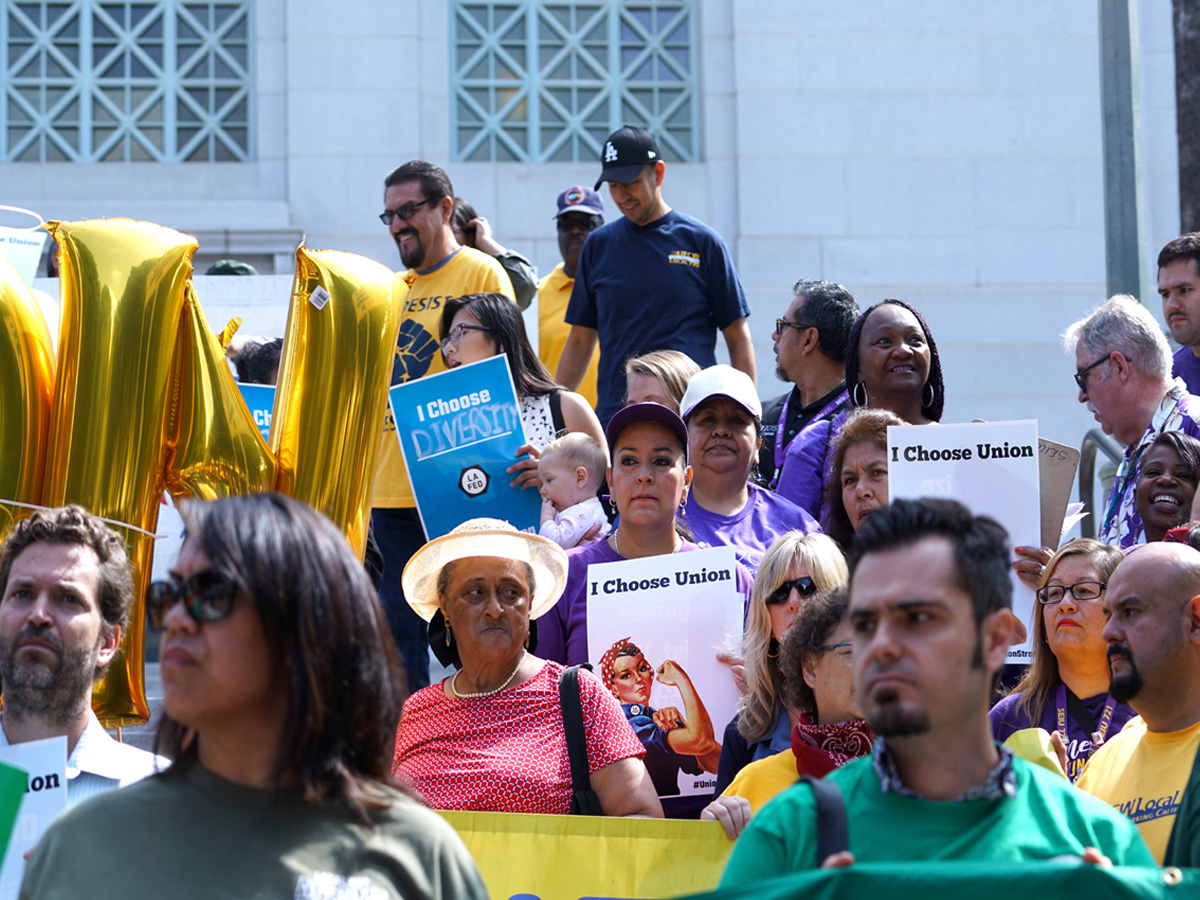 Amongst the many rally speakers, which included a teacher and 911 operator, SEIU Local 721 member and LA County DPSS employee David Dunbar delivered a powerful message of resistance and unwavering confidence for SEIU Local 721 moving forward.

“I have a message to the greedy backers of the Janus case – you should be terrified. Because no ruling will rule us out,” said Dunbar.

“No court decision or campaign funded by greedy CEOs can stop us. We’re sticking together no matter what.” 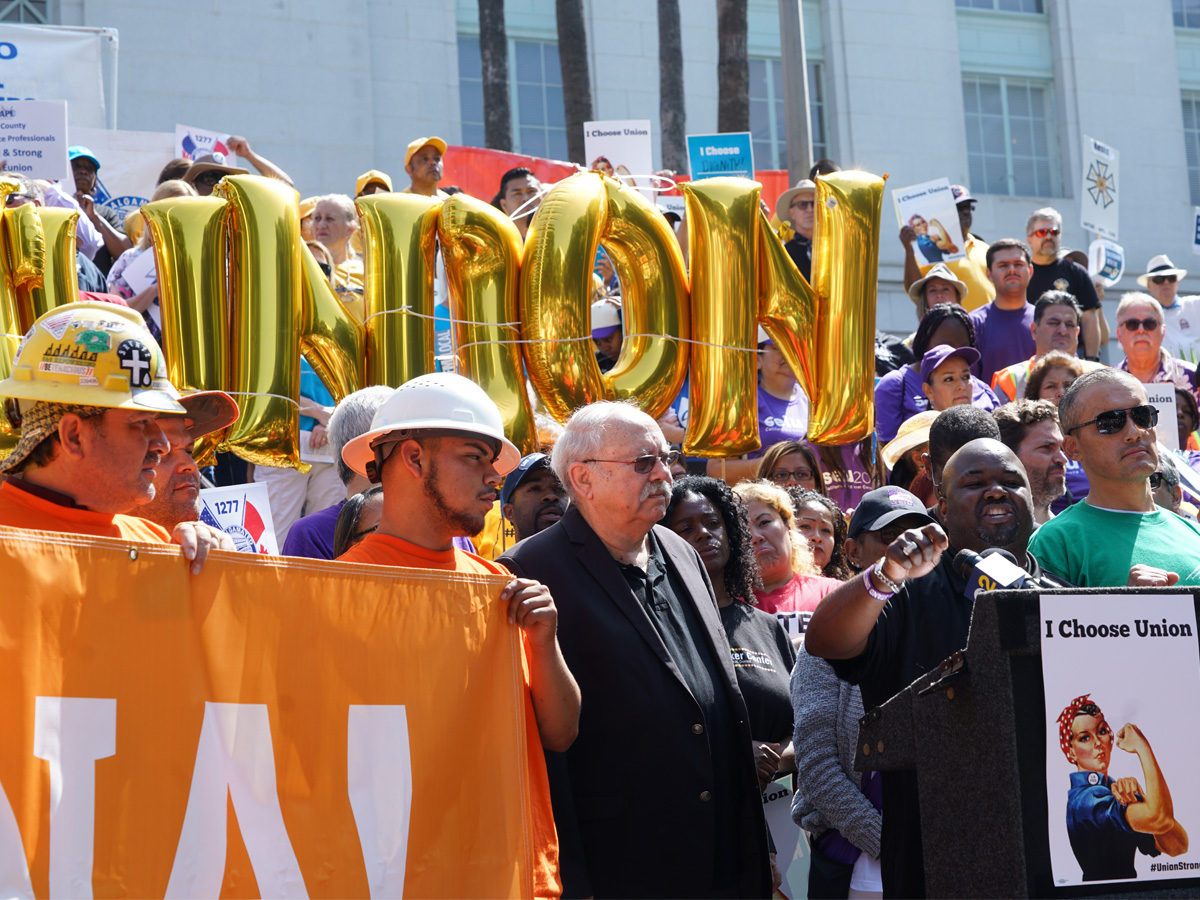 Dunbar’s verbal warning to the so-called “Right to Work” backers isn’t a bluff either.

Since this Janus court case came on the horizon, on the heels of countless other efforts in the last decade to the rig the system against workers, an overwhelming majority of SEIU Local 721 members are reaffirming their union membership as reported by President Bob Schoonover in the OC Register.

Call it a wedding vow renewal of sorts — they’re saying I do, I do, and I do over and over again by the multi-thousands.

Members know very well that the so-called Right to Work peddlers have never given workers anything. Every step of the way, union workers have had to fight for what our communities and families need.

Now more than ever the risk is too high for us to lose everything. Protect what you’ve worked for and renew your commitment with SEIU Local 721 by updating your membership card.

If this rally is any indication of what the future looks like for L.A Labor — the so-called Right to Work forces are in for the fight of their lives.

I’m confused. I thought this was something we could vote on in November. Has this already been passed?

This was a press conference and rally for Supreme Court decision on Right to Work (for less).