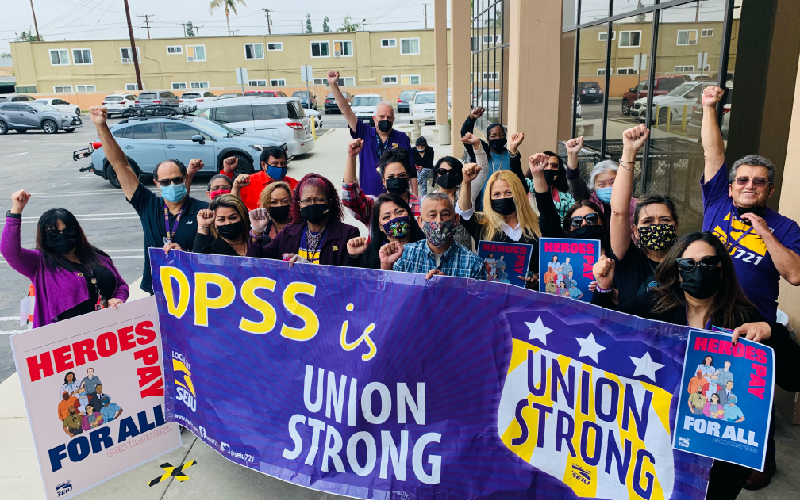 Have you heard? We, the members of our union, secured a solid, six-month Tentative Agreement (TA)! Union MEMBERS won this victory, by taking ACTION and bargaining tough with LA County.

Now, we’re gearing up to ratify our new contract. In the meantime, our Rolling Rallies and August 10th Day of Action have been cancelled to prepare for our countywide TA vote.

When bargaining began, we focused on four strategic priorities … and we won them all!

1 – We won Heroes Pay for All, while the other LA County unions simply rolled their contracts over for another year.  We secured everyone across-the-board, one-time bonuses for every SEIU 721 member in LA County.

2– We got more healthcare cost coverage for everyone. Health insurance costs are predicted to go up. But this win secures more than enough to cover 2022 premium increases – with more cash back for UHC Signature members as well as more money toward other benefits for Kaiser and UHC Harmony members.

4 – Our deal is very strategic because, in 2022, we’ll start negotiations much earlier so we’ll be the ones setting the terms. We’ll also be negotiating before LA County has adopted their next budget.

These wins prove that the power of our union is potent. We, the MEMBERS, took action, and it paid off, by reaching out to 40,000 fellow members during bargaining … convening tele-townhalls with more than 22,000 participants … sending out tens of thousands of emails and text messages to members … ensuring that our own LA County members sent out thousands of messages to the Board of Supervisors … taking part in over 150 actions across LA County … and turning up the heat at our worksites, at Supervisors’ field offices, at the Hall of Administration, and in the media. Our union put pressure on LA County – and we, the MEMBERS, won.

This is a solid, six-month deal that uplifts our work and the communities we serve. Our BPC overwhelmingly recommends that we vote YES.

Stay tuned for more information on next steps in the TA ratification process. And for real-time union updates, text SEIU to 721721. 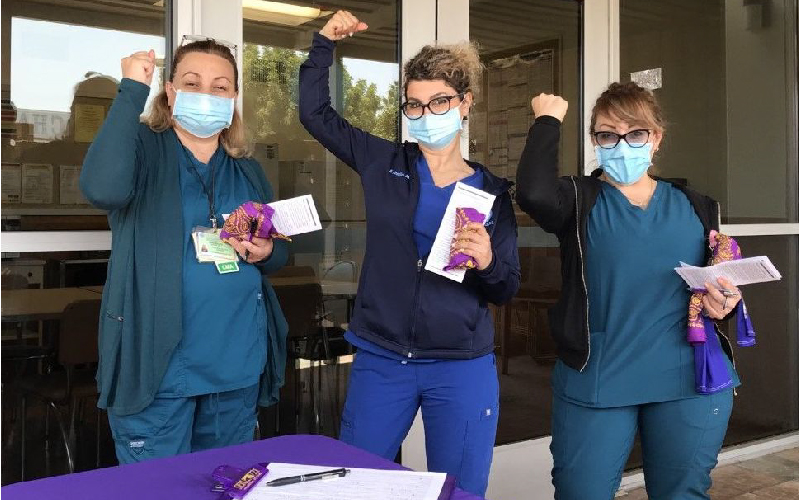 How much!?! That’s the question.

New details have been released in our latest post: https://www.seiu721.org/2021/07/la-county-here-are-our-tentative-agreement-highlights.php