On the heels of a relentless phone banking effort by Riverside County SEIU Local 721 members pressuring County supervisors to drop The Zappia Law Firm, our legal counsel is scheduled to appear in court on November 14th to protect members’ right to strike in the future and to make it crystal clear that the County misled the court when they sought an injunction to stop workers from striking in September.

In September, thousands of fed up workers walked off the job in a powerful 2-day strike over the 19 Unfair Labor Practice charges filed against the County, ranging from bad-faith bargaining to surveillance (click to see full ULP list). Since the strike ended, we have filed 8 more unfair practice charges, including charges for the premature declaration of impasse.

Riverside County, fearing the rising tide of County workers collectively making their voices heard, attempted to shut down the strike by filing an injunction in Riverside County Superior Court, claiming the strike would jeopardize public health and safety because the County could not find replacement workers. 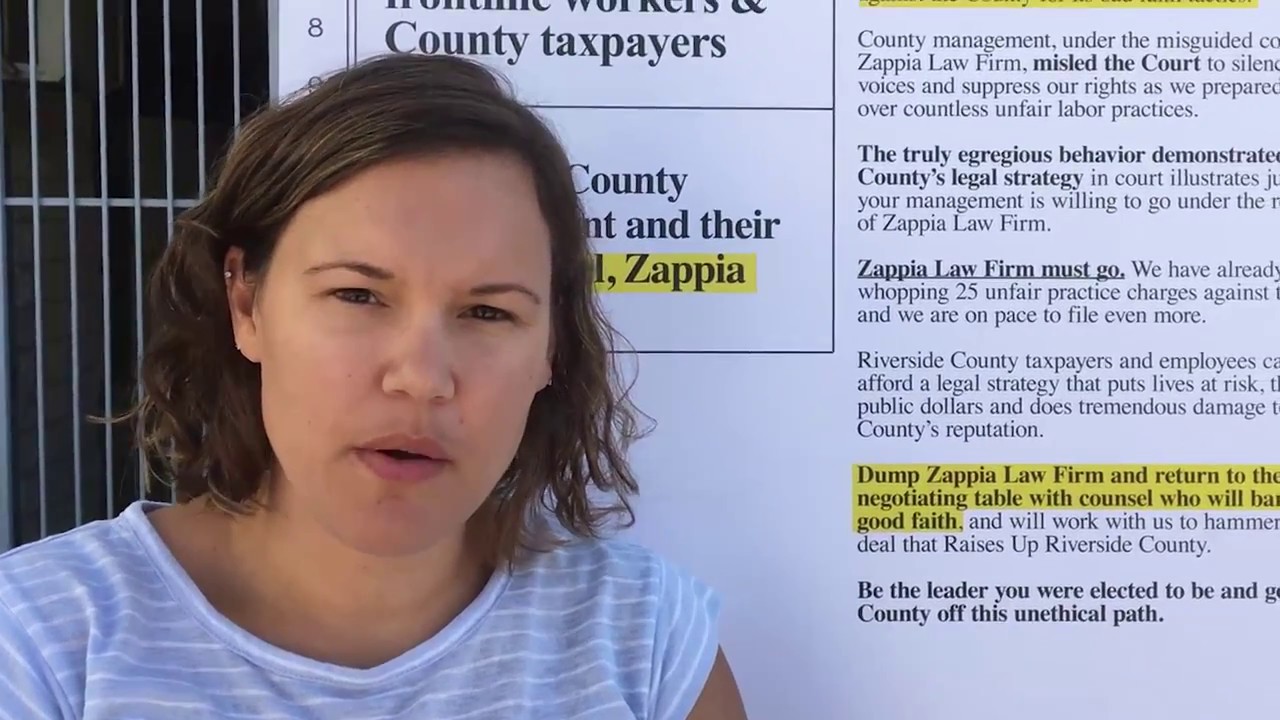 The County’s injunction argument in Court couldn’t be further from the truth – Riverside County had already signed a multi-million dollar contract to obtain replacement workers a week before the injunction hearing. When we made this mammoth discovery, our legal team immediately filed a motion for sanctions in Riverside Superior Court charging the County and The Zappia Law Firm with misleading the court by omitting key information during the injunction hearing prior to our September ULP strike.

Fearing the power of thousands of workers standing together against the County’s union-busting tactics, the County will once again go before Superior Court on November 14th to seek a preliminary injunction to block SEIU 721 members’ legally protected right to strike – even when there are no plans to do so. This shameful tactic is nothing more than another desperate attempt to stop worker power, and to intimidate the thousands of frontline workers who’ve organized and taken action since our Raise Up Riverside County efforts began.

On November 14th, our legal team intends to protect members’ legally protected right to strike (if and when necessary), and make our case that the County and Zappia deliberately misled the court in September and should face sanctions. If we succeed on both fronts, this would be a tremendous blow to the County’s ongoing low-road strategy since our negotiations began more than a year ago. 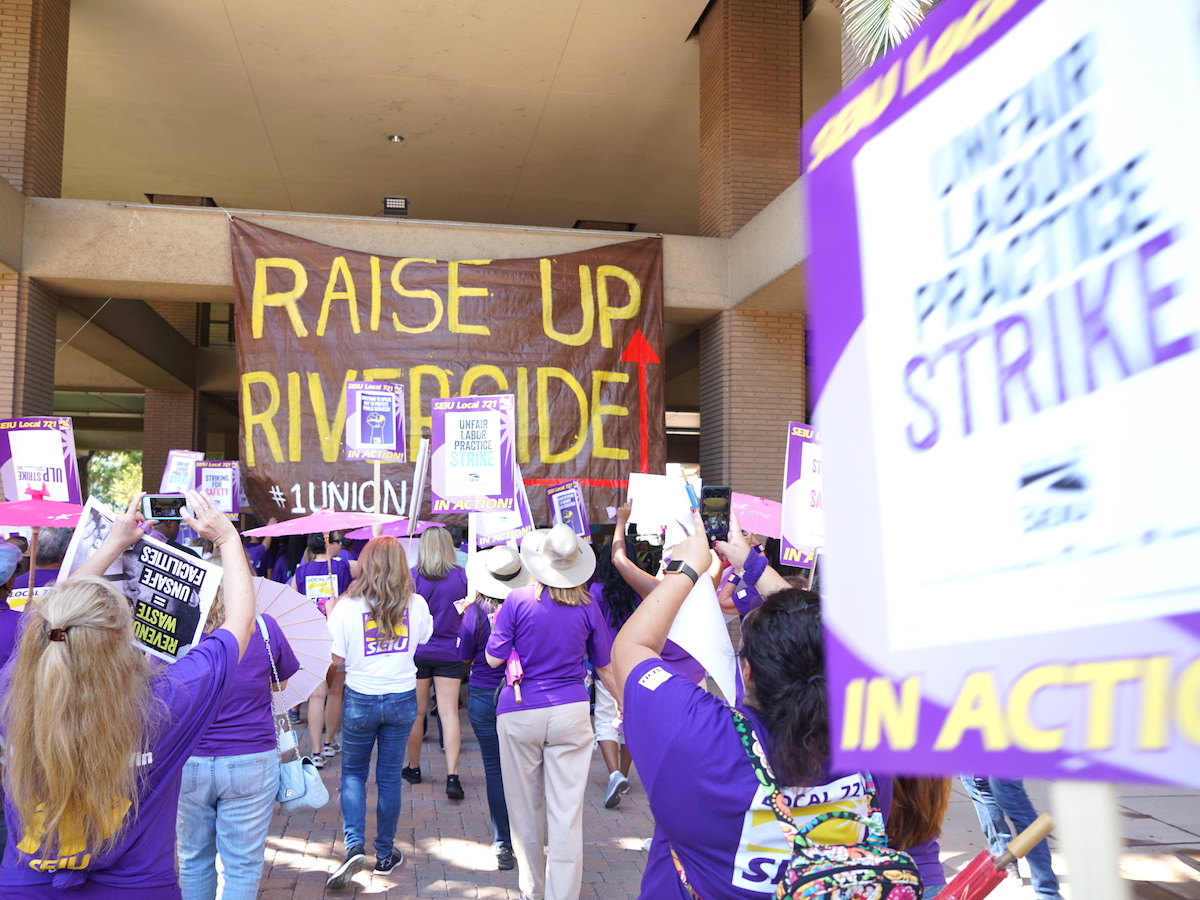 The reality is that we’re far from finished at the bargaining table, but the County apparently thinks we are. That’s why they refused mediation with a neutral third-party when we made the request immediately after the September strike ended. With 27 (and counting) unfair practice charges and approaching a fact-finding process that we believe we should not be in, this fight is far from settled.

One thing is crystal clear — we will not stop fighting until we have exhausted every possible element in order to bring justice to our bargaining process and to every county worker. Together we will Raise Up Riverside County!

Stay tuned for the breaking news on the court hearing. We will make an announcement immediately after the judge renders a decision.