BANG! BOOM! POW! On the heels of the Public Employment Relations Board (PERB) issuing a handful of complaints to kick off the month, the Labor board has issued yet another round of complaints against the County, bringing up the total to 11(and counting)!

As if the latest flogging wasn’t enough, we’ve defeated Riverside County’s petty lawsuit against us for supposedly breaking a noise ordinance at RUHS hospital when we geared up to go on strike over their relentless unfair labor practices. What the County tried to do was take away our constitutionally guaranteed freedom of speech rights for collectively speaking out at the hospital, but the County failed miserably. Now we’re filing a motion against the County to get back our attorney’s fees resulting from having to defend ourselves against this frivolous lawsuit.

Rather than returning to the bargaining table to hammer out a fair contract, the County has continuously opted to waste time and taxpayer resources fighting their own frontline workers. Riverside County must understand that every single time they try to push us around,  County workers are socking it right back to them.

In the 14 months since our contract expired, we have not just taken blows — we’ve landed them as well. There is no doubt that the County’s playbook has always been to give the illusion of carrying out bona fide negotiations, even when their goal from the jumpstart was to forcibly impose a contract on SEIU Local 721 members, just like they were quickly able to do against the Sheriff’s union. 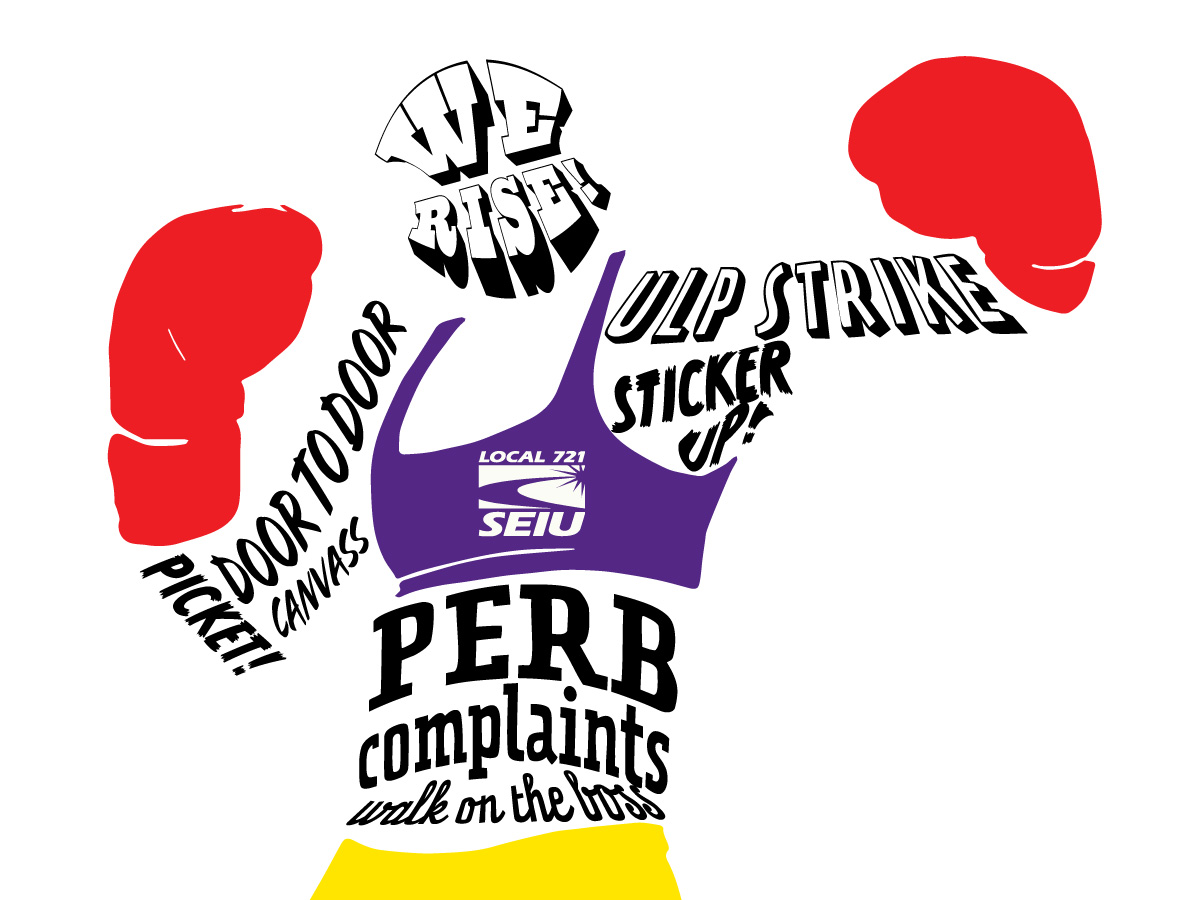 When these one-sided contract negotiations began in 2016, the County came in determined to ram through over 300 proposed changes. How much has the County taken away since we began this fight? Absolutely zero.

Against all odds, we have stood together and have resisted imposition since our contract expired on November 30, 2016. As of last week, the County of Riverside and our legal team went into the fact-finding process. This is exactly where the County wanted to be when they unjustifiably declared a contract negotiations impasse last Fall.

Make no mistake, our team is going to do everything they can throughout the fact-finding process to expose the County’s negotiation process for the sham it is, and continue fighting for  transparency on how the County has been spending our precious taxpayer dollars on European consultants like KMPG.

This protracted fight is moving us into uncharted territory for this contract and in the long-term. Riverside County management and County Supervisors are radically shifting how negotiations are done in the Inland Region, and there’s no doubt they’re out to break our union in the long run. The County knows of the collective power we flex when we speak out and take action — that’s why they’ve tried to shut us down over and over to no avail.

The pending outcome of this contract fight will not be the end — we must continue rising together.